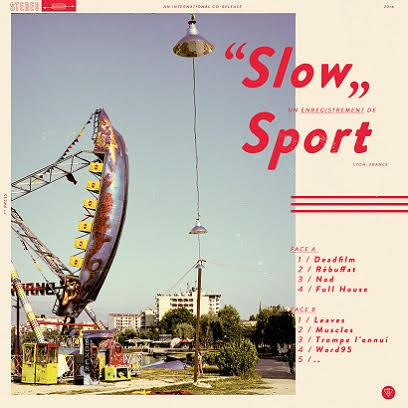 Founded around 2010 in the Lyon area (France), Sport is a four-piece indie-punk band which recorded fastly its first effort with its ‘Demo’ released in 2011. About a few months later, Sport released its debut full-length record (‘Colors’, 2012) with the help of various indie labels such as Adagio 830, Ruin Your Fun, Hip Hip Hip Records or Voice Of The Unheard before to take the road in order to play a bunch of gigs all over the French country but also in the foreign territories.

A few days after its official release, ‘Slow’, the brand new full-length album by French Emo/Indie/Punk outfit Sport has been shared for Free Download on Bandcamp in addition of the full-stream, still up at the same location.

This third full-length from Sport is still available for LP and digital through Adagio 830, Pike Records, Dog Knights Productions, No Routine and Voice of The Unheard (Fall Of Messiah, PAST, Winter Dust…).