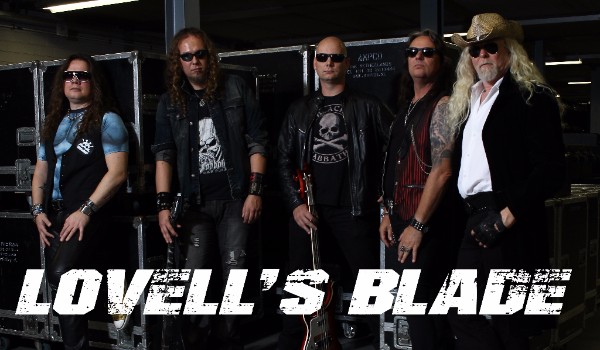 Lovell’s Blade signed an exclusive European and Asian record deal with Into The LimeLight Records for their upcoming debut Stone Cold Steel album and a physical and digital distribution deal with Soulfood Music Distribution.

Their debut album, Stone Cold Steel, was recorded and mixed by Serge Naberman at the prestigious Claim To Fame Studios.  The record is scheduled to be released via Divebomb Records in North America and through Into The LimeLight Records in Europe and Asia this winter.

Divebomb Records owner, Matthew Rudzinski, states:
“After having previously worked with Pete Lovell on reissuing his music endeavors with Picture and Emergency it only made sense that we help to promote this brand new chapter. We look forward to bringing Lovell’s Blade to music fans all over North America this winter.”

The release of Stone Cold Steel will coincide with a new video clip and a number of European dates starting beginning 2017. A South American tour is being planned by Open The Road tour promoters for the second half of 2017.

Into The LimeLight Records owner Harm Kindt states:
“We were very keen to sign Pete’s new band. As Dutch label we are able work very closely with the band and are absolutely convinced that this record will be a big success. The experience and quality of all individual musicians and the fact that there is a big world wide interest in the band makes it a very exciting project. We are also looking forward to work together with Divebomb Records”.