Five new bands for Alcatraz Hardrock & Metal Festival. Three of them played the Alcatraz stage before where Saxon and Testament were on the same bill in 2009 (still their best edition in the Brielpoort). If you were there than you’ll remember Saxon started a late set and they gave us a dazzling show. The British metal institute celebrates its forty years anniversary and this will be powered through an extensive world tour that will lead them also to Alcatraz. Testament has become a mainstay on Alcatraz.

Life Of Agony was already an Alcatraz guest in 2014. Mina Caputo was then presented to the Belgian public that immediately accepted her and joined the band in arms. Mina felt excellent and was very pleased with the reactions from the audience. Life Of Agony did not forgot and pushed themselves to return to Courtrai, and this time with a new album. 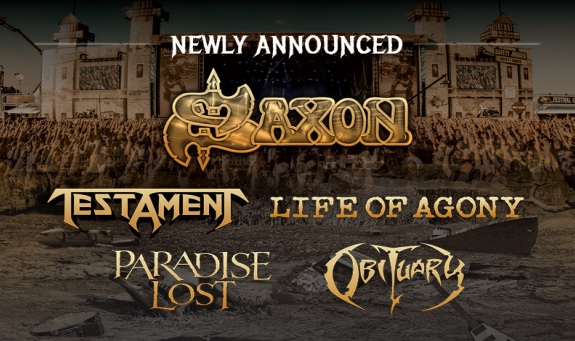