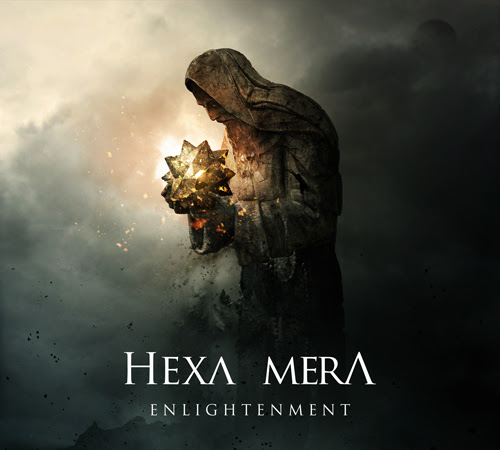 Belgian modern melodic death metallers Hexa Mera have unleashed a video for the song ‘Union’, taken from their second full-length album, “Enlightenment”, which will be released on March 31st. The track features 13 (!) guest vocalists from multiple renowned Belgian metal bands.

The band has the following to say about ‘Union’: “This is a song about our shared passion: metal. Being able to create music with our best friends is an amazing privilege and we love it. That’s what Union is about. It’s a special song on the album: it has a different feel, and was approached differently in terms of songwriting. It’s not your typical Hexa Mera song, and that’s what makes it unique. That’s what makes it stand out. But it deserved a little push to have more impact. We wanted to make everyone feel what we felt while we were writing it. So we invited other vocalists to participate. To celebrate metal together in a maelstrom of screams, growls and grunts. We wanted to show that diversity in metal is something to be proud of, something to be cherished. There’s no limits in metal, there are no barriers. Sub-genre labeling is hitting an absurd level of dividing the metal scene. Fuck that. Let’s embrace our differences and create something that brings us all together. In metal we are friends, we are allies. In metal we are one. In metal we are union!”

The band has the following to say about “Enlightenment”: “The idea to use the age of enlightenment as theme for this album was forged right after we released our debut album ‘Human Entropy’. The world was and still is spinning out of control: Extremists became a larger threat to our civilization, human and animal rights are being violated, political correctness is censoring the truth, media focusing on sales instead of news value, and so much more… the world never was an utopic place, but with the information we got, it seemed to become worse. We felt fear, disappointment, but most of all, we felt anger. Because we felt powerless, the only thing we could do was to speak out, and this is exactly what this album is about.”