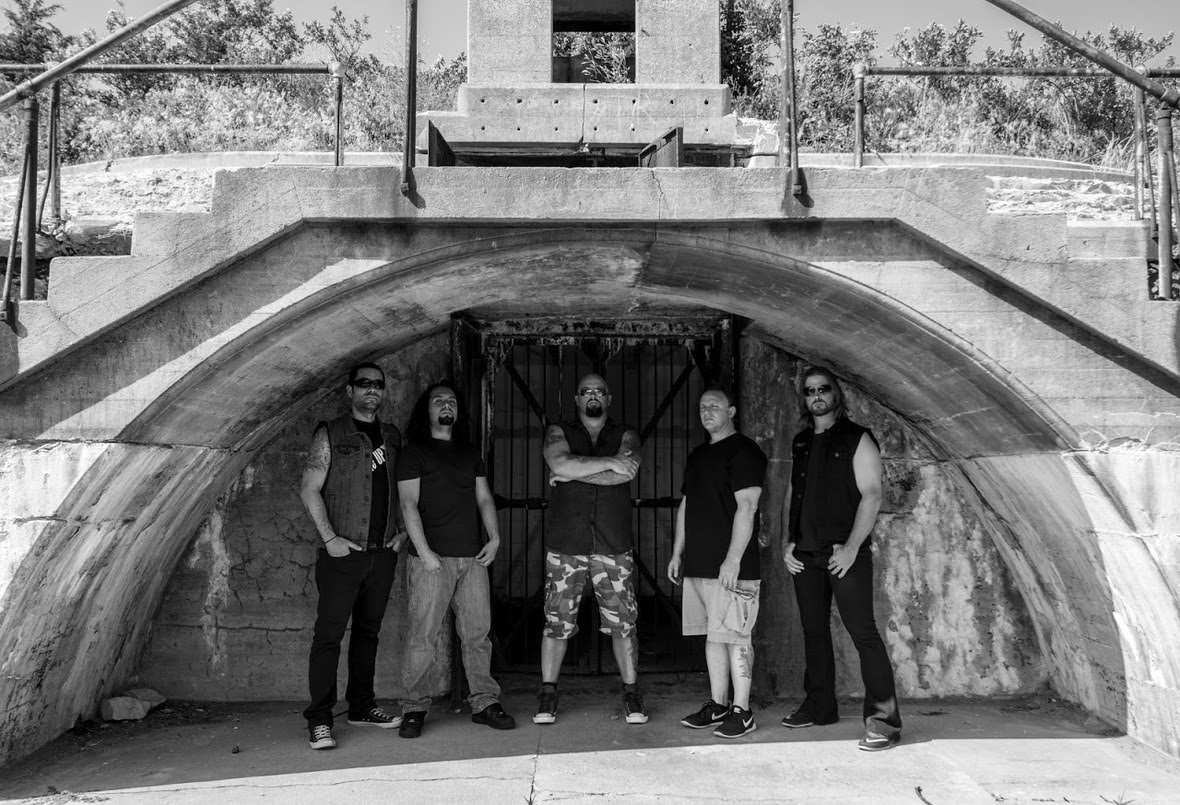 New Jersey metallers Symetria don’t just play old school influenced metal, they live and breathe it. Remember the first time you blew your windows out by blasting Anthrax’s ‘Fisful of Metal’ or scared your neighbor’s dog with the sheer volume at which you played Overkill’s ‘Feel the Fire’?? That’s exactly what Symetria is throwing at you. Symetria will release their self-titled record via Tripsquad Records on September 29 2017.

Old school metal never died, it went back to it’s home in New Jersey, where it belongs. The land of Method of Destruction (M.O.D.), TT Quick, Overkill and legendary metal label, Megaforce Records, the genre is safe once again after flailing about aimlessly for the better part of the last two decades.

Rising to the top of the current throng of hopefuls is newcomers Symetria. While the Garden State quintet may be fresh out of the box, the wealth of talent and the ability to deliver within their ranks put them a step ahead of the competition is there. Core members Vince Santonastaso and Kevin Gust met through a Craigslist ad and after playing covers from the likes of Iron Maiden, Judas Priest and Metallica, Santonastaso knew there must be more to life. Guitarist Cust followed him out the door and gave an old friend of his, Fernando Carrera a call, who came on board shortly after. The search for a drummer began and Blair Smith was quickly found on Bandmix, solidifying the initial Symetria lineup. 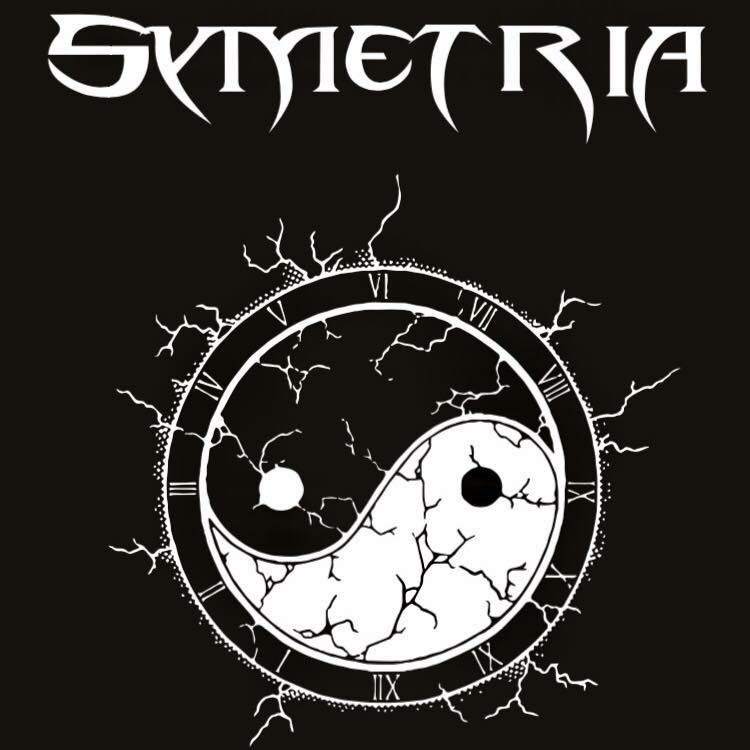 They spent the fall of 2016 writing and working up a live show, playing their first gig at a Toys for Tots benefit in November of that year to critical praise across the board. Santonastaso recalls, “Kevin’s wife overheard someone in the audience talking about us and he seemed to be blown away, according to her. The fact that it was a complete stranger solidified the fact that we were on to something.”

Before long the band had gotten in touch with former M.O.D. guitarist Tim McMurtrie – an old acquaintance of Vince’s – who had just formed a label called Tripsquad Records. Symetria wound up being his first signing. Entering Trax East in South River, NJ with producers Eric Rachel (Burnt by the Sun, M.O.D.) and McMurtie, the band set to work, laying down eight songs in seven days. “We definitely learned a lot working with Eric and Tim,“ says bassist Fernando Carrera. “It was a fantastic experience and definitely an honour to be in the same room with those guys. After recording, I realized I had learned three things: my “true” bass lines, to be patient and that I can eat an eggplant-Parmesan sandwich as long as my entire arm in one take,” he adds, laughing. While second guitarist James Soto had technically joined just as they began tracking, it wasn’t until after the band had stepped away from the studio that Soto was able to jump in with both feet. “James met us and we initially practiced a few times with him before we recorded,” Vincent says. “While we were in the studio he was going over his parts and by the time we were finished recording he was more than ready to be a full time member.”

When it comes to their self-titled album, Symetria play with the confidence and power of a band who have several years under their belt rather than a small handful. The track “Flying High” brings up the ugliness of addiction. More specifically, Kevin Cust’s addiction and recovery. “All Kevin did was tell me what the song was supposed to reflect and as soon as he did, I just ran with it,” while “Venial Sin” is about the 7 Deadly Sins, “I just used Latin terms for the sins themselves for a cool effect,“ tells Santonastaso. “A venial sin is a lesser sin, I chose the name because I wanted to draw attention to the sad truth that so much of our lives have become trivial now and so little really has meaning anymore. We’re just lost souls wandering around destroying ourselves blindly” and “Too Late” calls for immediate action for whatever it is you intend to do in life. “While there’s a tomorrow on the calendar there’s no guarantee you’re going to see it so stop procrastinating.”

The band’s name, Symetria, is actually the Polish translation for symmetry – a literal translation would be “balanced and intelligent” and that’s exactly how the members of the band see themselves and their vision for the future.