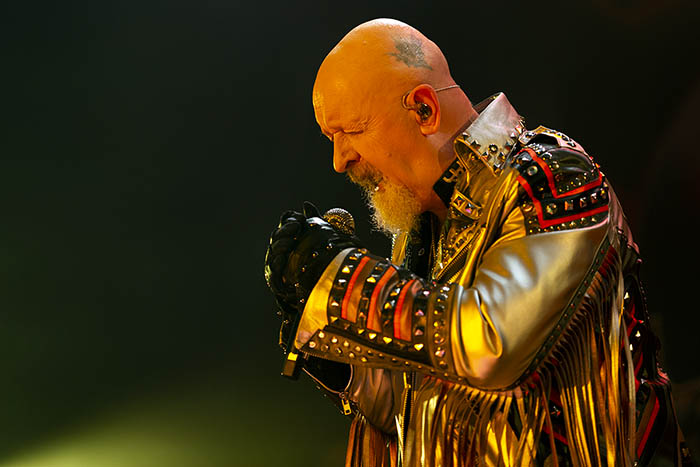 Almost 50 years on the road and still kicking ass? That’s becoming a rare commodity nowadays since the elixir of immortality is yet to be discovered. But it seems that Judas Priest and The Metal God himself, Rob Halford, are not in a need for any. Not only their legacy is already immortal, but the recently released album, ‘Firepower’ and the tour that follows are becoming a huge success and the experience not to be missed. 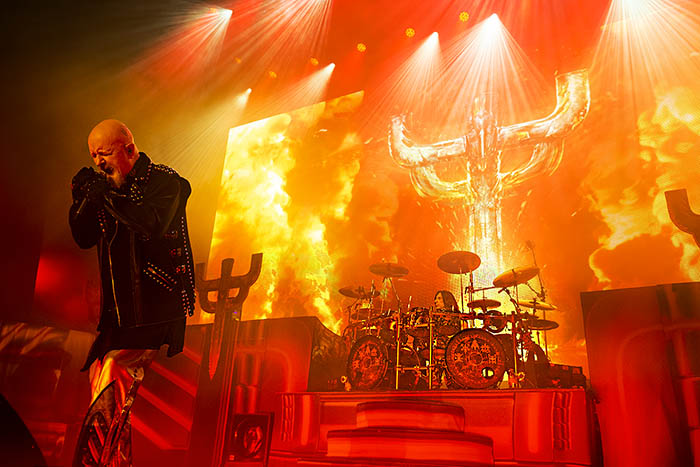 Rockmuzine attended their show at 013 in Tilburg on 6th of August and indeed the show did not disappoint. The heatwave and the vacation season didn’t stop the fans selling out the show, guaranteeing the warm (and sweaty) reception. There was no support band this evening, so without further ado, right on a scheduled time, the band appeared on stage with the first chords of ‘Firepower’, the opener and the title track of the latest album. 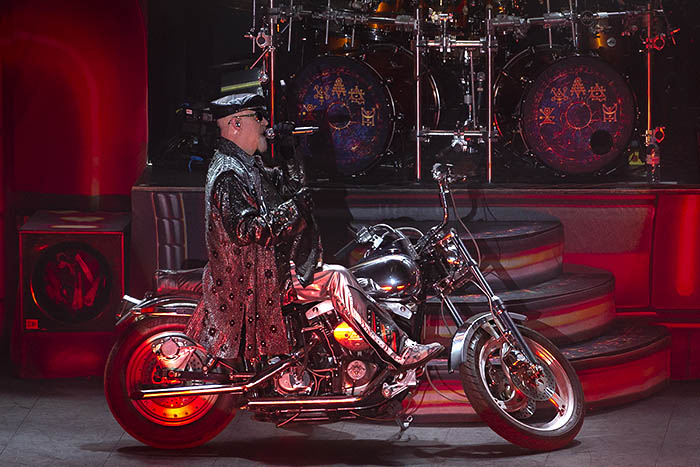 Immediately it became clear, that this is going to be a treat of a show. There was a feeling of freshness and enjoyment as if the band was just starting up their career. And just to remind everyone how deep their songs catalogue goes, they pulled out the trio of songs, that you’d rarely hear them play recently. ‘Grinder’, ‘Sinner’ and ‘The Ripper’ went out with a bang and you could clearly see some surprised, but happy faces around. And as it turned out, this was far from the only surprise of the night. After shortly visiting the last album once again with ‘Lightning Strike’, the band continued to bash over ‘oldies but goldies’ of their discography. 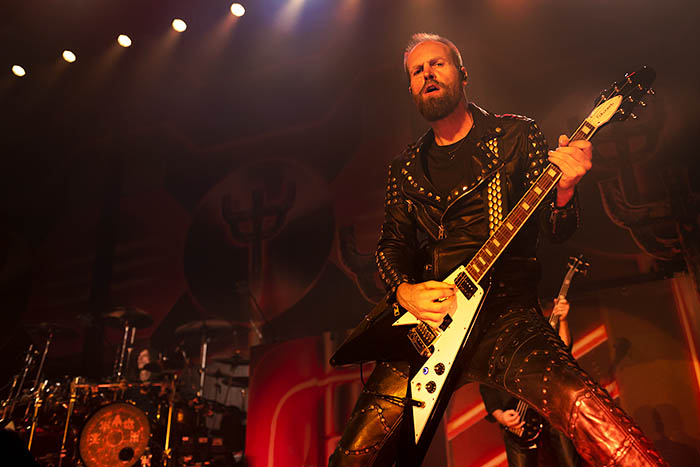 If you would just look up the statistics of band’s live performances, you would clearly see, that tracks like ’Bloodstone’, ‘Tyrant’ and ’Saints in Hell’ are not your usual ‘to go’ songs. These tracks were mostly played back in the 70s and 80s and the fact that band dusted them off and played live meant a lot. Surely, the place for classics was not lost and the audience was treated with likes of ‘Painkiller’ and ‘You’ve Got Another Thing Coming’, raising the temperature in the venue to unbearable levels. And even then, the band found some place for a duo of songs from the new album, the beautiful prelude ‘Guardians’ and a spirit-lifting ‘Rising From Ruins’. 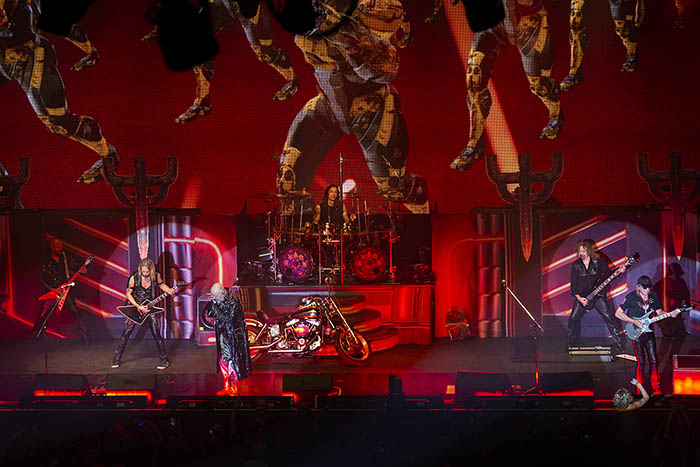 Slowly the time for the encore has arrived, the band said their goodbyes and was loudly called back to the stage. And while they came back, they didn’t come back alone. Legendary Glenn Tipton, who has retired from touring life due to the battle with Parkinson’s disease, made his appearance on stage for the encore and was welcomed to his rightful place by the mighty road of a crowd. This special night continued with the live premiere of ‘No Surrender’, a special and somewhat symbolic track from the new album. 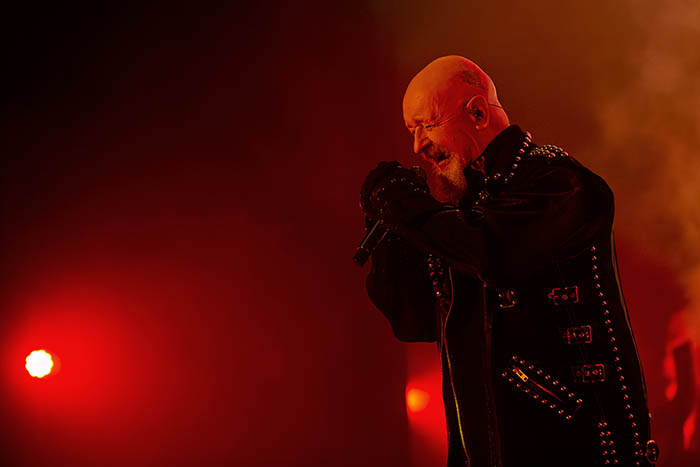 And on came the time-tested hits, with the band playing monstrous tracks ’Metal Gods’, ‘Breaking The Law’ and ‘Victim of Changes’ before wrapping the night on a positive note with a traditional ‘Living After Midnight’. Great show by the veterans of the business, who showed they are in no way content with playing beat-up cliched set-lists and probably won’t stop even after hitting the 50th anniversary. Long live Judas Priest!