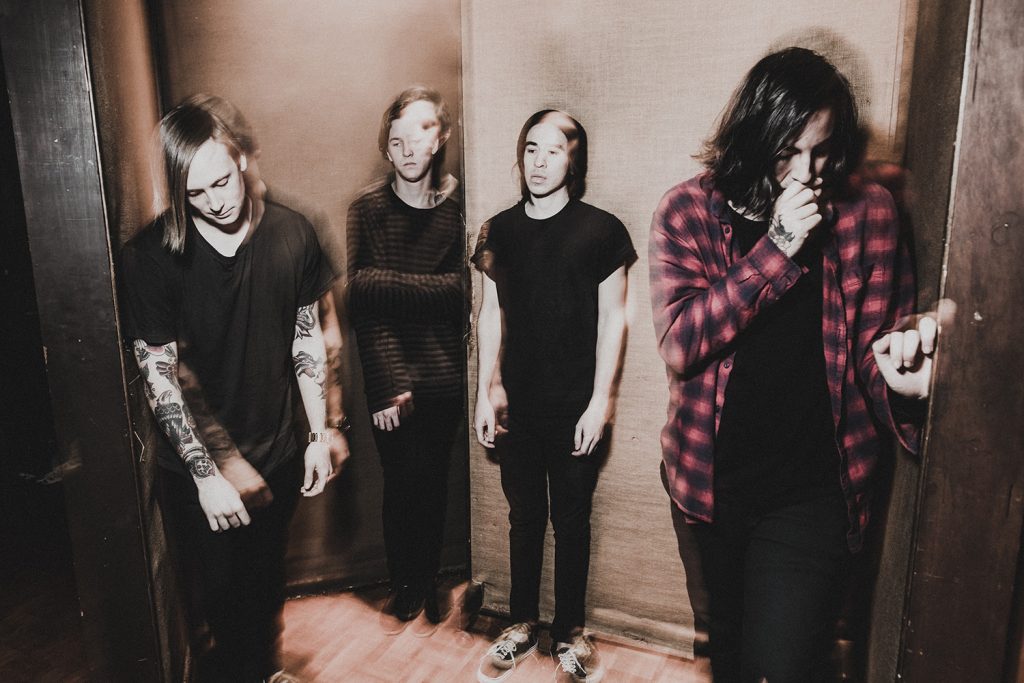 Southern Californian quartet Capsize have today released their sophomore album ‘A Reintroduction: The Essence Of All That Surrounds Me’. Vocalist Daniel Wand states: “For this album, I wanted to write lyrics that I felt like I needed to hear, or would have liked to have heard at certain times in my life that I have only just recently worked through enough to put into words. The title represents what the album does for the band, and me personally. It’s a reintroduction of who we are as a band, in reference to the things that have led to this point in my life.” The release follows Alternative Press streaming the album in full earlier this week, alongside the band having previously unveiled singles ‘XX (Sew My Eyes)’, ‘I Think It’s Best We Don’t Talk Anymore’ and ‘Tear Me Apart’.

‘A Reintroduction…’ sees the quartet, completed by Andrew Tamayo on drums and guitarists Ryan Knowles and Nicolas Lopez, follow up on their well-received debut album ‘The Angst In My Veins’ with a more distinctly post-hardcore sound. Now incorporating clean vocals throughout, their melodies soar; driving levels of intensity and aggression make way for haunting ambience, all the while interspersed with their signature darkness. Recorded in Atlanta, GA at Glow In The Dark Studios with producer Matt McClellan (The Devil Wears Prada, Being As An Ocean), ‘A Reintroduction…’ pushes the band into new musical territory, while remaining true to their roots.