About six months after its initial and very limited release for the fans, the debut and self-titled album by French Screamo/Post-Hardcore outfit Aleska will be reissued for CD and Digital on September 20th.

In the meantime, the band has just unleashed and unveiled the artwork below and two audio excerpts from the effort (“Du gris au noir”, “De la cime au cimetière”) on Bandcamp. 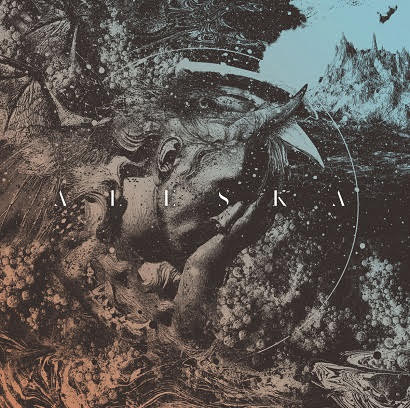 Screamo/post-hardcore quartet from the Lorraine Area (in France), Aleska is a four-piece outfit with members coming from bands such as Shall Not Kill, Dead For A Minute or Esteban.

Between Emo/Hardcore, Screamo, Post-Rock, Math-Rock and Post-Hardcore vibes, sounds and emotions, the band released a first EP called ‘The Waiting’ during the summer 2012 before to hit the road and play a bunch of gigs all around the French territory.Then, Aleska contributed to a 3-Way Split with the bands Bears and Marisena (out in 2013) before to record some new tunes for a split LP with No Vale Nada released in 2014 and a second EP ‘Time Is A Curse’ out a few months later.

On september 2016, after about one year and a half of hard-work Aleska unleashed its debut and self-titled full-length album.