Quickly following the signing announcement last week, Rude Records is proud to announce today the release date for “Sidewinder”, the new EP from Stand Atlantic, the Alternative Pop/Rock female-fronted band from Sydney tipped to be the next band to break through the Australian scene. 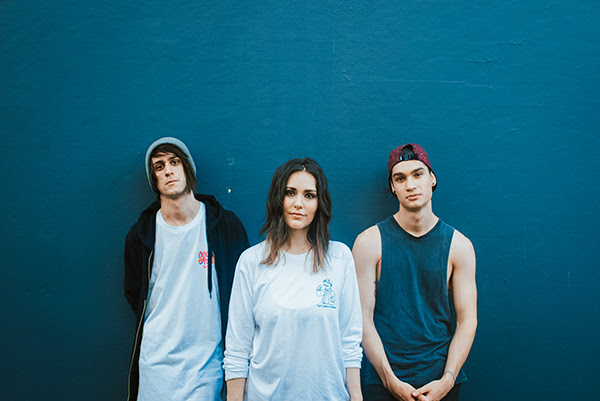 The announcement comes along with the first music disclosed from the lot, the new single “Coffee at Midnight”, with the band ecstatic to unveil their music video directed by Kieran Ellis-Jones. The lead vocalist/guitarist Bonnie Fraser had this to add about the video, “We wanted to show a more abstract/non linear story in the video of two people’s relationship, something that most people can relate to. Our director Kieran Ellis-Jones was great to work with and really brought everything to life.”

Alternative pop/rock band, Stand Atlantic is Australia’s wonder act and exciting newcomers to the music scene. Formed in 2015, high-school friends Bonnie Fraser (vocalist), Jonno Panichi (drummer) and David Potter (bassist) have gone from strength-to-strength since releasing their demo EP. The trio have since supported local and international bands including As It Is, With Confidence and This Wild Life, and signed with international label, Rude Records only two years on.

Enlisting the help of producer Stevie Knight (With Confidence), mixing engineer, James Wisner (As It Is) and mastering engineer, Grant Berry (BUSTED, Me VS Hero, Milestones) at the end of 2016, the band crafted Sidewinder. An EP that offers captivating vocals enveloped by a fresh blend of melodic hooks and power-driven instrumentals. With honest lyrics at its core, Sidewinder will undoubtedly launch Stand Atlantic and hook-in admiring fans along the way. Stand Atlantic’s Sidewinder EP will be released on September 15, 2017 via Rude Records.