While I was reviewing Transylvania –Part 1- The Counts demands it, I got involved with the story. So I would love to know more about the album, and asked permission to interview Bryan. I’m very pleased he agreed. Bryan, thank you so much for the time you took to answer my questions. Much appreciated.

How the love of music started.

Bryan fell in love with Pink Floyd when he was seven. A few years later, ‘Shine On You Crazy Diamond’ moved him more than any song. Previous to his love of Pink Floyd, he was enjoying Supertramp and early Queen. Due parties if his older brother and sister, music was filtering through from a very early age. At the age of ten, Bryan had a Spanish guitar. His uncle Bri taught him a few chords and from then he was self taught. Bryan also played drums and messed around on the keyboards, and have done ever since. Fans know he also plays the 12-string guitar and electric guitars. Like more multi-instrumentalists he would love to learn to play violin and cello.

Transylvania –Part 1- The Counts demands it

The writing process of an album can take tons of time, sometimes caused by a writers block. This process wasn’t a “struggle” for Bryan, not at all. Bryan: “Transylvania was written song to song, it just came out that way, it completely led me. I had no idea what was coming next and I stayed true to all the first ideas when they came, the characters included in that.”  During the process of songwriting, words and music usually come at the same time. Every once in a while the lyrics come in first, but it just kind of flows. Whether it be on guitar or keys, he immediately knows what layers of instrumentation will follow and you hear lots of layers on Transylvania. Time permitted to release only part one so far. Part two will follow after the next Mostly Autumn album. Some of part two is already written. Bryan: “I don’t know the title of part two yet, I’m sure the “count” will inform me in due course.”

There will be at least three parts.  Bryan prefers to leave the interpretation and imagination, about the characters and their personalities to the listeners. Having said that you wouldn’t trust the count as far as you could throw him. So you have to listen very well, and several times to get into the characters. Bryans visualizes Transylvania: “An ancient city set upon a hill with the castle of a thousand dead at the top amongst mountains and forests and mythical creatures yet to be encountered. The immediate area ruled by the count’s dark magic. Although there are others who would delight in his downfall, killing the sun has definitely upset a few folk.”  Bryan didn’t plan dual of hidden meanings. The lyrics came out of nowhere. Often, at a later date he sees them. The unconscious can work in mysterious ways.  Underneath the cd is printed: For my mum at number 8 (Get me out of here …) 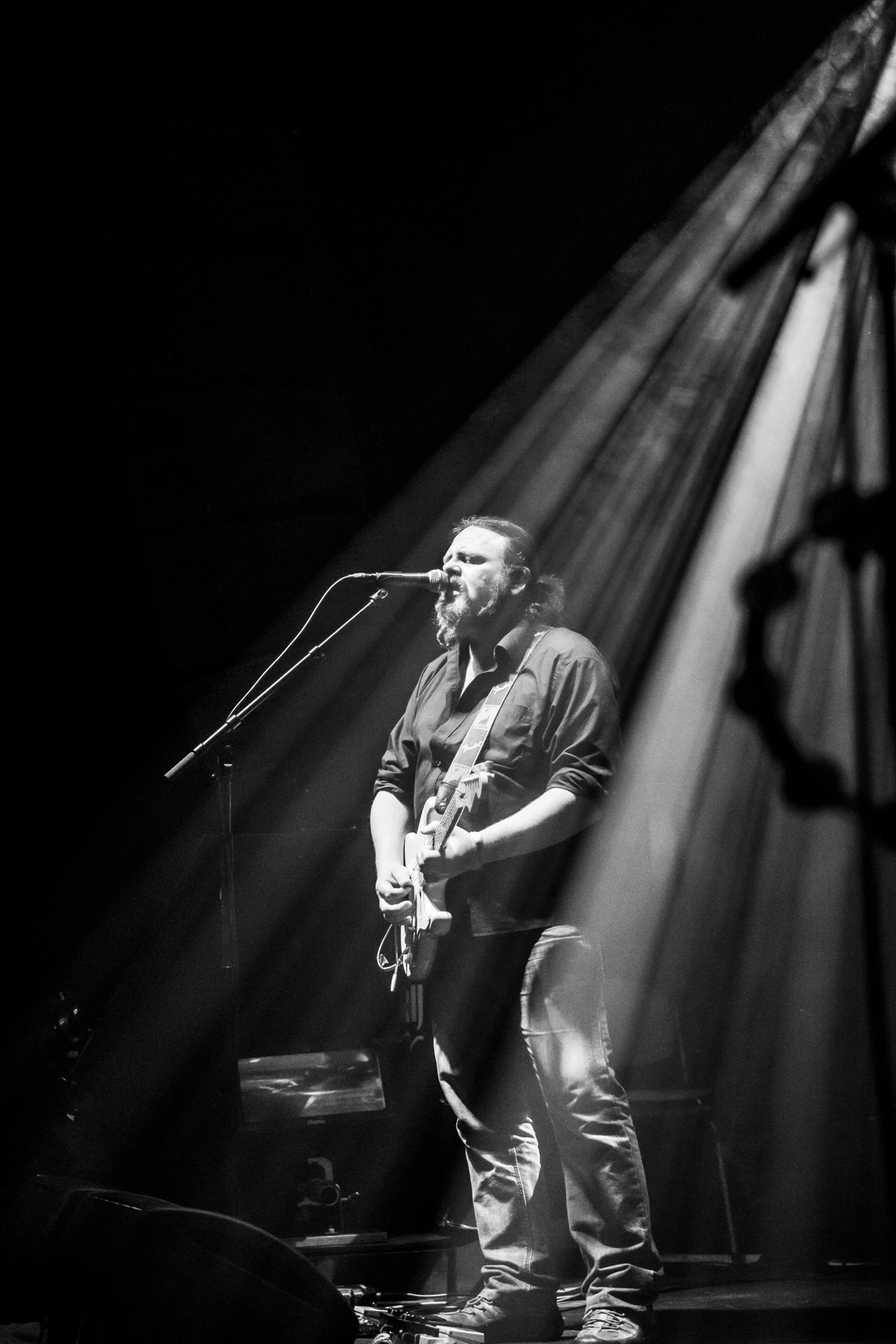 Bryan explains :   ”The gate to Transylvania opened by my mums back yard, when in distress people often call for their mum and yes I do want to get out of there, desperately.”   Underneath the lovely booklet we can read a letter, written by Bryan. He wrote it because it’s very much his own journey. And he will totally immerse himself in that land when returning to writing. He hopes the listeners will join him there, and become one with him as we (Bryan and the listeners) travel while the story unfolds. Of course there are some guest musicians, like Bryan’s wife Olivia Sparnenn – lead vocalist Mostly Autumn and Mostly Autumn drummer Alex Cromarty. Olivia wasn’t involved during the writing process. She had the right voice for the job, Bryan needed someone with a very wide vocal range. Alex had the right feel as a drummer.
Transylvania is bound to have a Mostly Autumn sound. Bryan does most of the writing for Mostly Autumn, that might be a reason. It just came out as it was, nothing was forethought.

Multi instrumentalist and composer Troy Donockley and Bryan are working together for over 25 years. Troy is very talented. He plays over 10 different instruments. Although he might be best known for his contribution at uilleann pipes and tin whistle (Dave Bainbridge, IONA, Nightwish and many more). Bryan knows what Troy can bring to a track. He sent Troy a demo with a few suggestions and he did exactly what Bryan needed. Troy has an amazing instinct. He played many mysterious instruments, including precussion and vocals at ‘Carnival of the Rotting Sun. He recorded it separately and sent the files, so Bryan added them in the studio. Much the same can be said about Anna Pheobe on violin and viola, she interpreted it beautifully.  Bryan has a kind of ‘wish-list’ for guest musicians in the future. He will keep that secret for now. The album involves. It will dictate instrumentation step by step. It’s obvious the mixing process took tons of time. I said to Bryan: ”The quality of sound is excellent. You did a fantastic job during the mixing, like always. There’s always a ‘risk of nitpicking too much’. Is this a kind of ‘trap’ for you?” “No, not for me,” Bryan replied, “I just like to get the feel right and the dynamics and emotions happening at the right times, otherwise you could go on forever.”

Bryan hasn’t a favourite track. He loves them all in different ways. They all have a part to play. To tell the truth the album, a non stop album is ‘one song’. After completion, Bryan would love to have a rock opera, film and book of this project. Well …who knows. Last but not least all the artwork is made by Suzanne Bielby and is in harmony with the story of Transylvania.