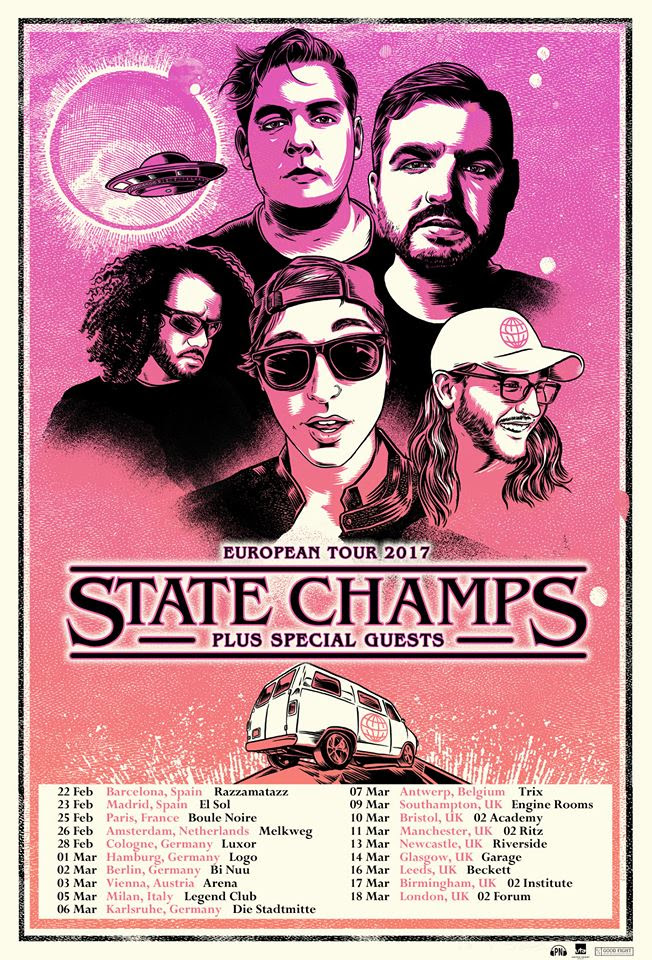 Albany, NY pop rock heavyweights, State Champs, have announced an European tour in early 2017. “Ecstatic to say we will be back in February and March to headline mainland Europe and the UK for the first time in a long time. We’re hitting some countries we haven’t played before, as well as coming back to a few places we are very familiar with. We’ve got some special stuff planned for these shows, so come party with us. Hope to see you soon! ” says the band.