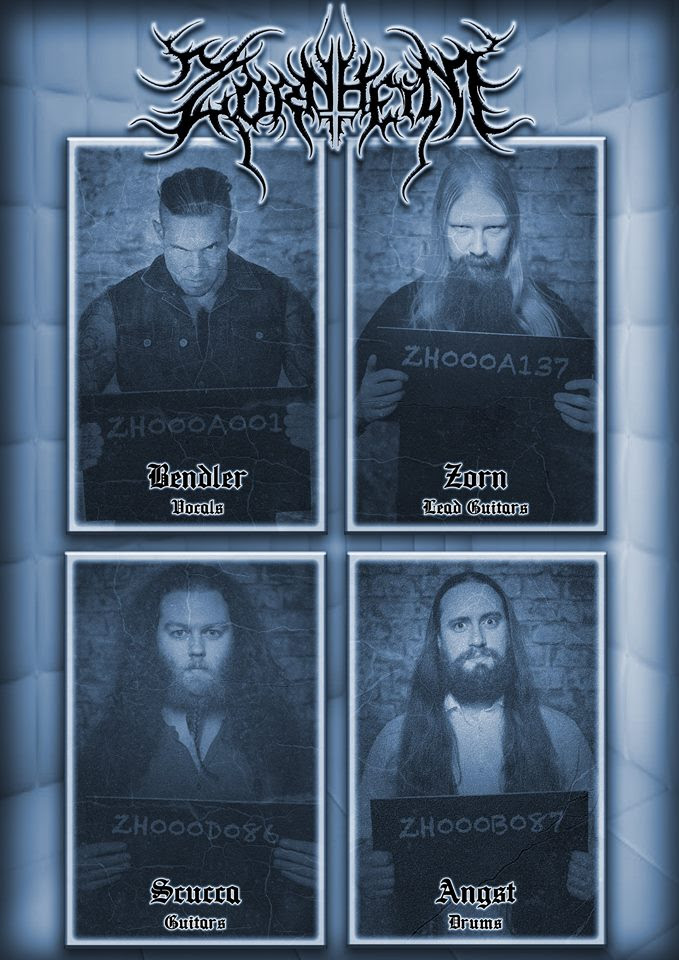 Dutch Death/Black Metal specialized label Non Serviam Records now reveals the new single from Zornheym, formed by Zorn (Ex – Dark Funeral). The single is a part of the upcoming full length of the band, and be sure it will lead you into an unforgettable epic aural journey.

Zornheym is a Symphonic Extreme Metal band based in Stockholm – founded and led by multi-instrumental mastermind and songwriter Zorn. After parting ways with his former band Dark Funeral, he was determined to shake up the traditional Metal meets Symphony approach with his new band Zornheym. Zornheym quickly grew from an ambitious idea into a dramatic musical and cinematic narrative revolving around the horrors of a mental institution and its prisoners. The line-up is completed by Facebreaker’s Bendler on vocals, guitarist and musical arranger Scucca, and Diabolical drummer Angst.

Inspiration drawn from icons such as Dissection, Dimmu Borgir and King Diamond is paired with real string orchestration and a powerful full choir. Every song on the debut album will have a visual accompaniment in the form of short graphic stories with further exploration of the themes as short films in place of the standard approach to music videos.

‘The Opposed‘, the single release, is a further step towards the Abyss, taking every element to the extreme: a darker, heavier and far more intense monument than ever before. A prime example of frightening savagery, amazing musical execution, and excellent songwriting. A ritual aiming to spread its venomous perversion into year-end top 10 charts. It will haunt you evoking your darkest spirits, your most forbidden truths. And when you want to scream for mercy, you realize you’ll be begging for more.

The single is part of Zornheym’s concept that revolves around the horrors of a mental institution and its inmates. Each song also has its own comic strip drawn by the amazing artist Anu Bring (Märvel, Evil-lÿn, Satan’s fall).