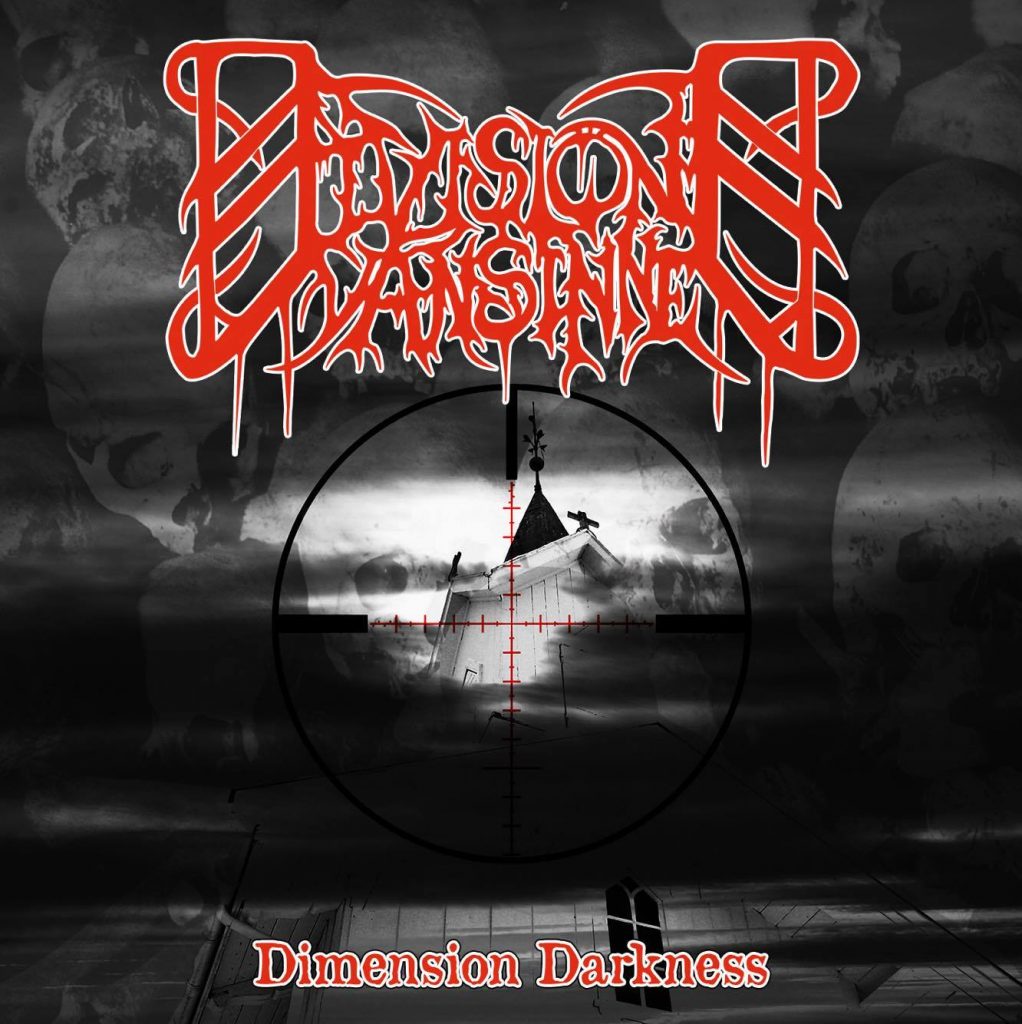 Division Vansinne was created at the year of 2008 by guitarist and current vocalist TortureXvidian with the idea to keep the old spirit of early 90’s black/death metal alive. Previously the lineup contained Hatlevnad on vocals alongside Likh on bass, Terrorblaster on drums and TortureXvidian on guitars. Terrorblaster left the band in 2009 to focus on Desultor, thus being replaced by German “Cirkle of Chaos, Helvegen” on drums. While several guitar players tried out for the band, German left and Ljusebring Terrorblaster returned. Afterwards, Likh and Hatlevnad left the band as well.

After a lot of hard work, the band entered the studio in 2015 with Likh back on bass, and the album Dimension Darkness was born. Musically, the album builds itself around pure old school black/death metal aesthetics, blasting tempos with a variety of riffs and leads. Lyrically they deal in topics related to war, torture, demonic/evil themes, in both Swedish and English.

Today the album will be released! Enjoy!