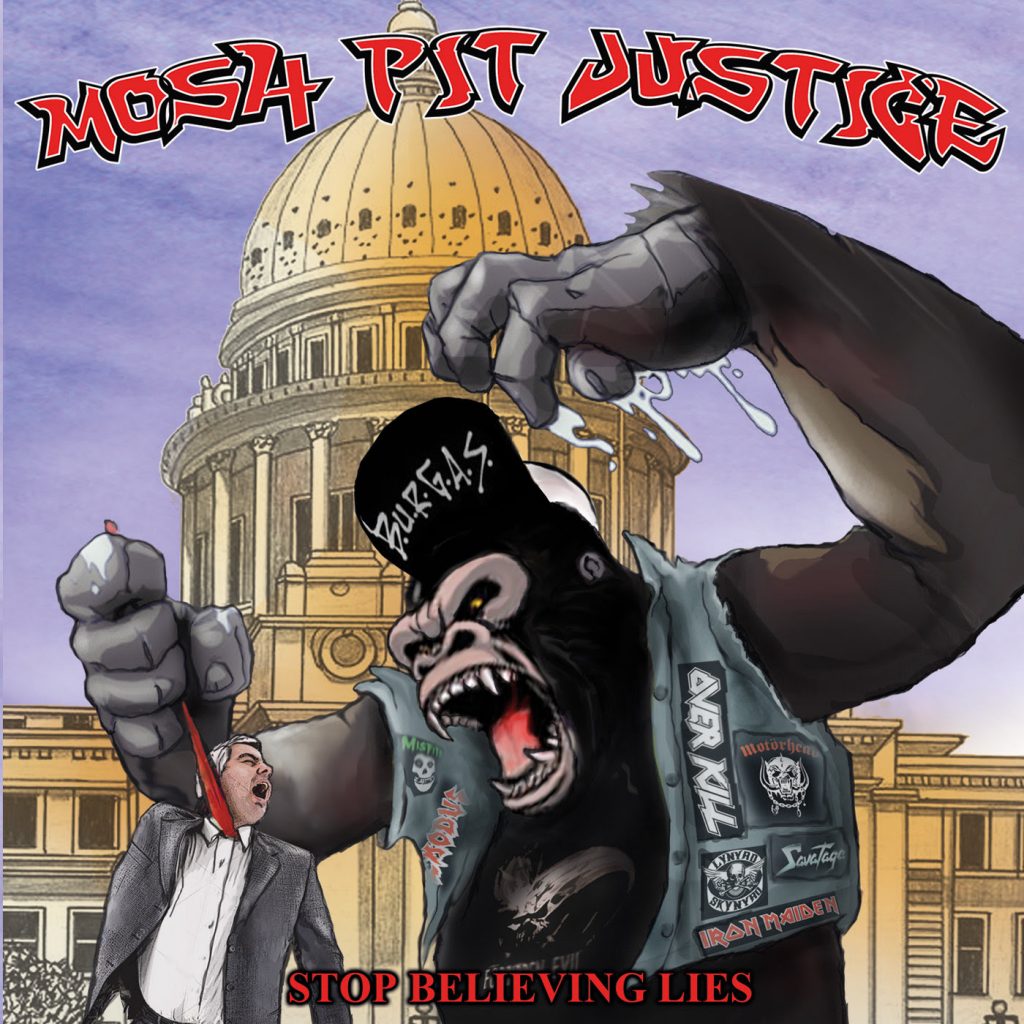 Mosh-Pit Justice was formed in 2012 by bassist/songwriter Mariyan Georgiev in Bourgas, Bulgaria. Joining together with long-time friends Staffa on guitars/drums and George ‘Peich’ on vocals, they released their first EP ‘The Serpent’, followed by a self-titled debut album in 2013 and a sophomore effort ‘Justice Is Served’ in 2014. Fresh on the heels of their previous assaults, and a successful Kickstarter campaign, they are now at the cusp of releasing their third full length ‘Stop Believing Lies’ by German label Witches Brew.

Influenced greatly by bands like Forbidden, Sanctuary, Overkill, Dark Angel, Metal Church and Heathen they offer up a great mixture of Thrash Metal, Power Metal and a dash of Progressive Metal that will bring to mind the late 80’s days of the Bay Area thrash scene. Lyrically, as the album art by Ivan Yankov shows, they cover topics of class struggle and freedom as well as those oriented towards the Thrash Metal subculture.

With an individualist attitude and a DIY approach, coupled with a good sense of melody and heaviness, ‘Stop Believing Lies’ will be a great listen to anyone who upholds pure old school metal with a sense of intelligent songwriting, composition and lyrics.