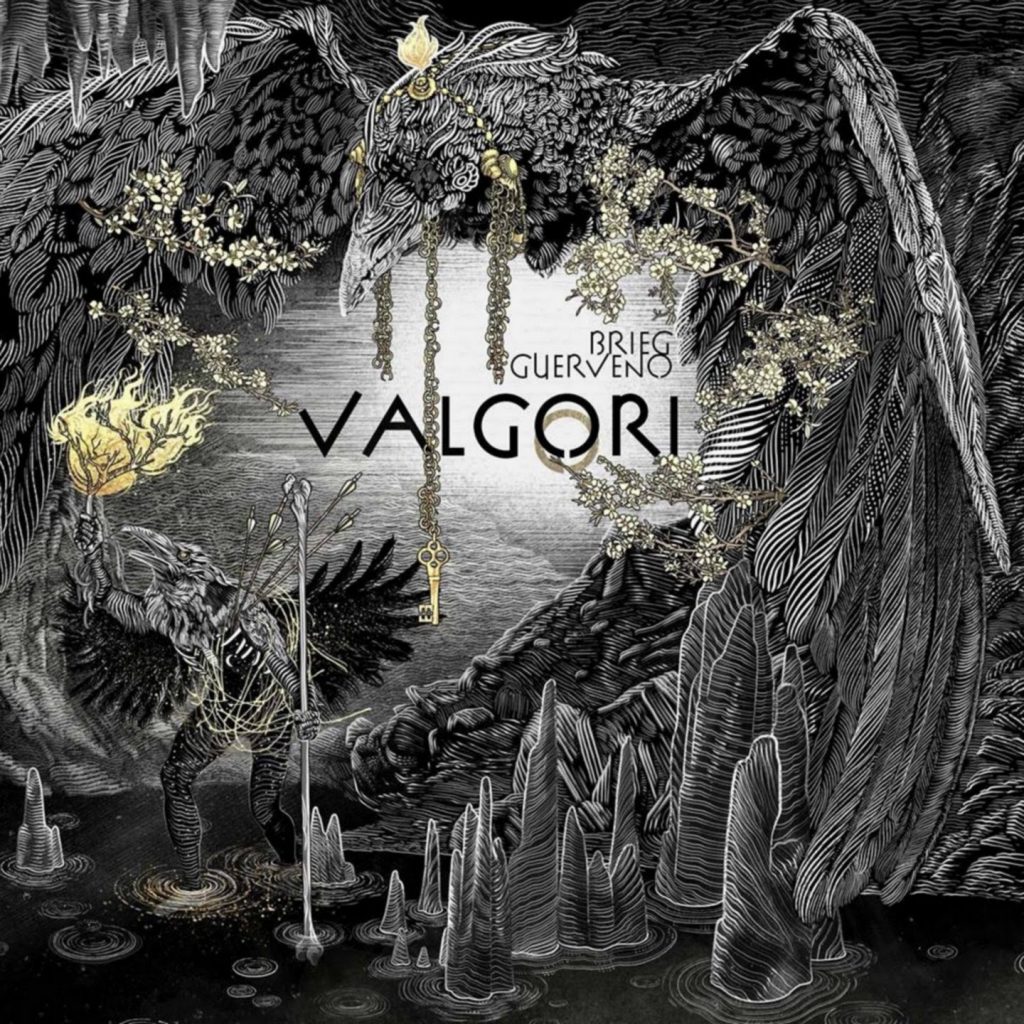 Brieg Guerveno just released his new album ‘Valgori’. Brieg Guerveno is the project of one man, that of Brieg Guerveno, Breton author, composer and performer, with a passion for progressive music, the rock of the seventies, extreme music, and last but not least, his culture, his region and his second mother tongue: Breton. Brieg writes, composes and sings his texts in Breton, and this he does from the heart. Dark and melancholy, like the Breton gwerz, those poems carried by the oral tradition. Such tunes and texts have, across the centuries, built, layer by layer, the vast repertoire of traditional Breton songs.

This is the project of one man, but also that of a trio. the Brieg Guerveno trio has performed a lot in their native region but also beyond the borders in England and Japan. These three believes in what they do. They have an unwavering faith in what makes Brieg’s music a truly unique and unclassifiable project: progressive rock, raging, highly melodic, yet raw and concrete.

This uniqueness is confirmed once more by the third album ‘Valgori’ presently in the making. Darker, rawer and colder than the former, the new album is custom-made for live performance, it will also be more modern and close the folk period that started back in 2006. The release is planned for 2016, and the Breton trio is preparing once again to scour the venues and scenes of France and of Europe at large.