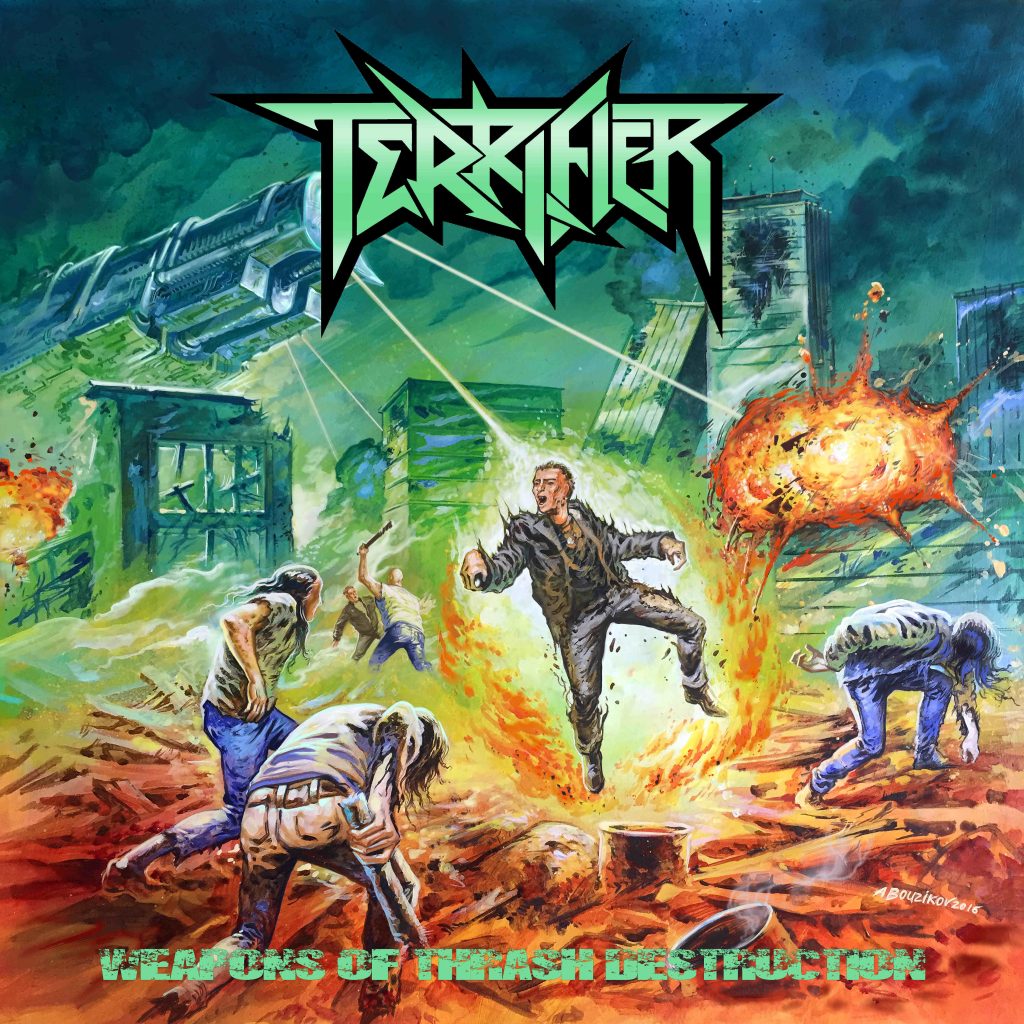 You may be familiar with Vancouver, BC’s Terrifier as the band has been setting their scene ablaze sharing the stage with the likes of Havok, Destruction, Exmortus, Anvil, 3 Inches of blood, Holy Grail, Dismembered, Suffocation, Into Eternity, Striker, Ghost Ship Octaivius, Crowbar, Cauldron, Cryptopsy and Battlecross. The thrashers recently signed to ‘Test your metal records’ and will be releasing their third recording and second album ‘Weapons of Thrash Destruction’, a nine track mosher set for release on January 20, 2017 to follow their 2013 EP ‘Metal or Death’ and 2012 full-length ‘Destroyers of the Faith’.

Terrifier vocalist Chase Thibodeau had this to say about the track.

“‘Reanimator’ is the second track we wrote for our up and coming album “Weapons of Thrash Destruction”. It’s based on the classic horror movie Re-animator. The song takes the listener further into our evolving sound to give them a bludgeoning assault from the first note to the last.”