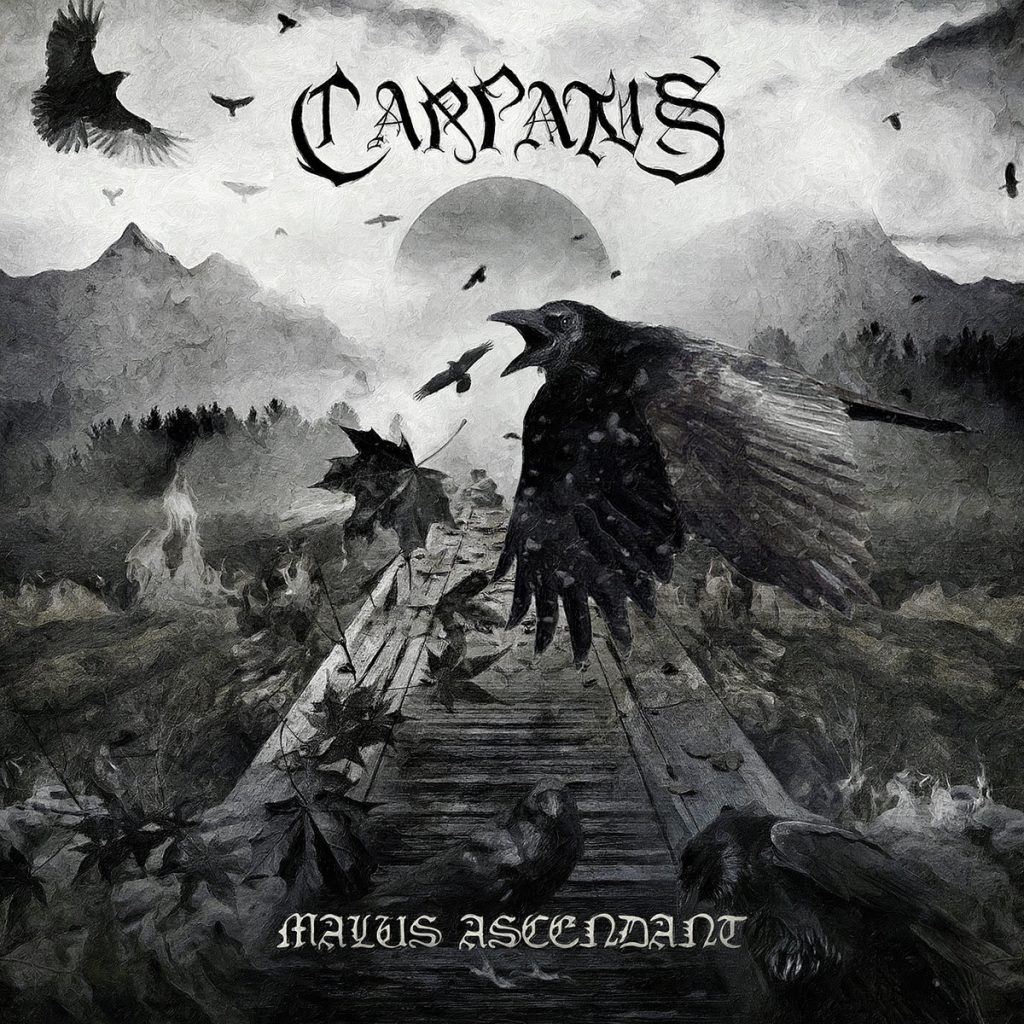 Brazilian Veteran Black Metal Band Carpatus to Release Third Full Length album. The Brazilian black metal entity initiated their journey back in late 90s. After a demo release and two full lengths, the band was put on a hiatus in 2010. The band has resurrected their grim black metal journey in last years and set to release their third full length “Malus Ascendant” via Black Lion Records on digipak format.

The cover art was created by the amazing artist, Marcelo Vasco Arts. The album was mixed and recorded by Marcos Cerutti and Mastered by Swedish legend Dan Swanö. The band has unveiled two new singles which will take listeners back to the glorious days of Norwegian Second Wave Black Metal. The entire album is hugely influenced by the materials of Satyricon, Darkthrone and the likes.

1. Rites of Fire and Blood
2. The Cold Autumn Sunrise
3. Aeon Damnation
4. Flames to Eternity
5. A Missa Funebre
6. From a Dreadful Past
7. Behold the Mourful Nature