A rather young band from Gelsenkirchen, Germany that has played their second show (first show outside Germany) at my 38th B-day bash in the beginning of 2016 and released their self-released debut demo cassette few months ago. I had a chat with their vocalist Nightmare about the past and present of this hellish Ruhrpott horde! 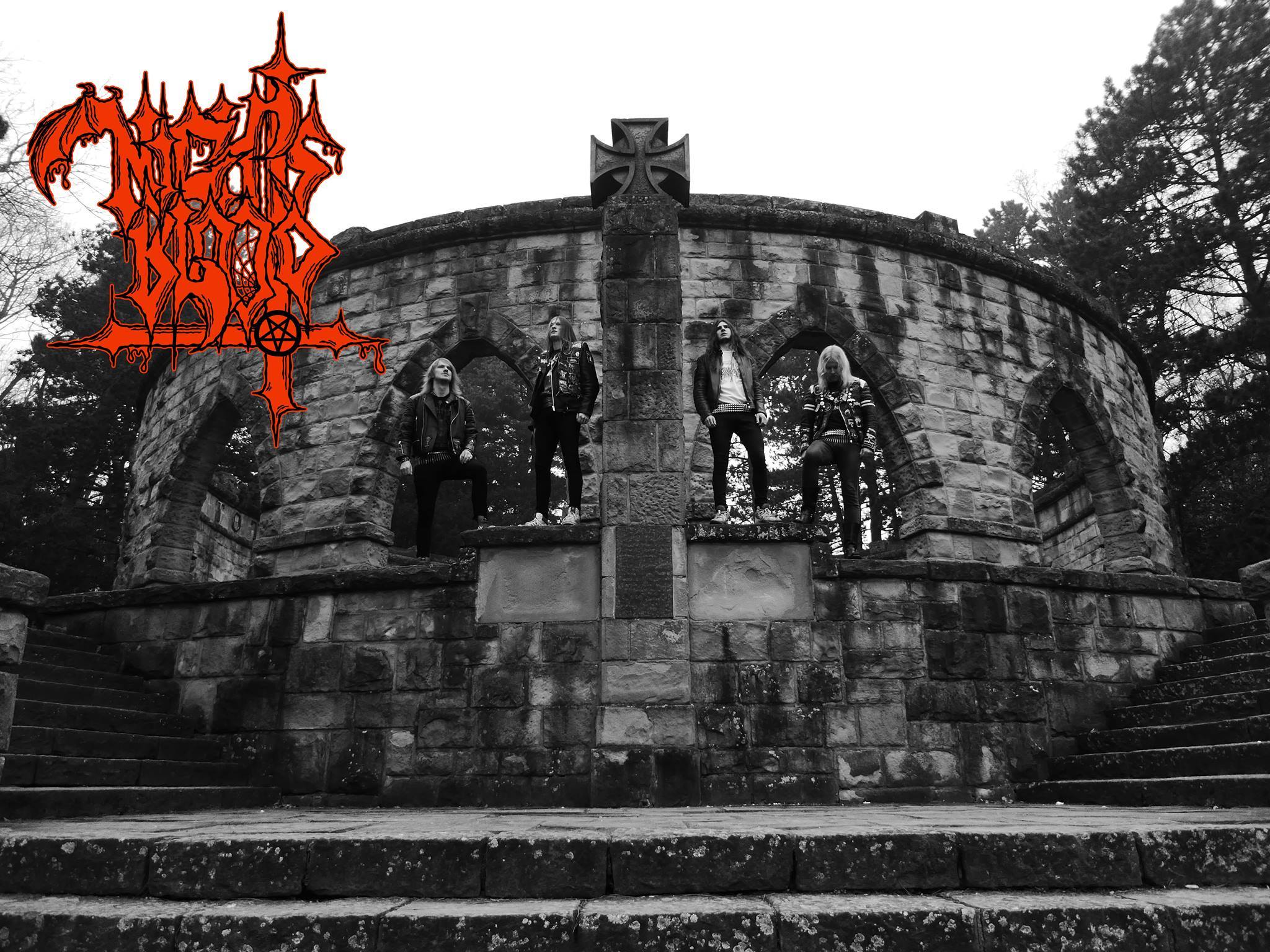 Hi, how’s it going? How’s the German Ruhrpott scene at the moment?

Cheers Marco! As far as I can say the Ruhrpott scene is as healthy as it has been in the last years! The gigs are usually crowded and there were many amazing underground bands which made stops in the Ruhrpott-area this year. Couldn’t be better and there´s no end in sight.

What happened to your old traditional Speed/Thrash Metal band Grimpact?

As you have heard we split up two years ago. The reasons were that we basically drifted apart musically and went to totally different directions which already became clearer in the band´s last year of existence. Also some members had a different approach to the scene in general. But I have to say that there is no bad blood between us we are still good friends!

What bands influenced you?

Each member has different faves but our common thread are of course bands like old Sodom, Bathory, old Kreator, old Slayer, Dissection, Death, Hellhammer, Sarcofago or Darkthrone. Next to those big names the younger scene has many great bands to offer which inspired us a lot as well. To put it simply: we all worship ancient blackened metal ranging from thrash/speed/heavy metal to the most putrid death/black metal. All hail to the bands that still play and embody that great and diverse style of music! 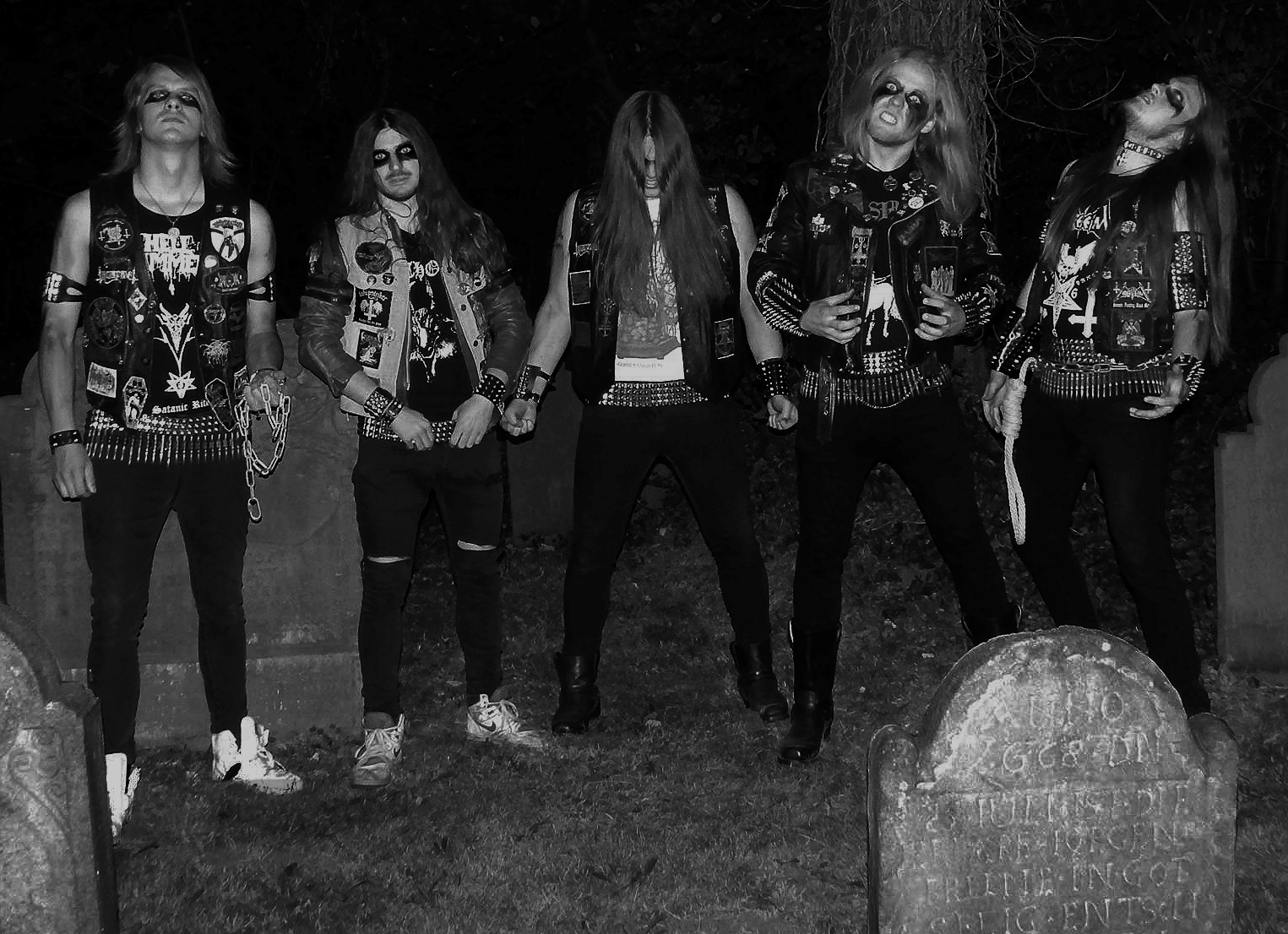 We were good friends before sharing a passion for the raw and evil sound and started jamming and drinking one night and the result of that fateful night was our first song as a band. And that´s how the idea became more and more serious and we started practicing on a regular basis.

How were the reactions on your first demo tape and are there any cassettes left? Any plans for a full-length?

We received very good reactions! By now the tapes are sold out. We don´t have any pieces left.
-Have you enjoyed playing at my yearly B-day bash and do you like to come back to The Netherlands?
Yes , we enjoyed playing in the Netherlands for the first time with great bands. Was a great, drunk party and of course we would like to come back to Holland!

Do you guys have any other bands/projects?

No, right now we are busy enough with Night´s Blood.

What’s the best current Underground band in Germany in your opinion?

Good but hard question. If we had to decide on one of the many great bands it would be one out of Witching Hour, Nocturnal Witch or Division Speed. Great, authentic, original stuff from Germany!

Although 2016 is a little behind 2015 concerning great releases I will give you a few in no particular order:
– Circle Of Shadows- Of Mercury Blood
– Vidargängr- A World That Has To Be Opposed
– Vulture- Victim To The Blade
– Nuctemeron- Knights Of Hell
– Antagonist- Bombs Of Hades
Also there were amazing releases by Quintessenz, Kill, Inquisition, Whipstriker, Scalare, Urfaust, Hellbringer, Lihhamon, Deströyer 666 and Rapid! 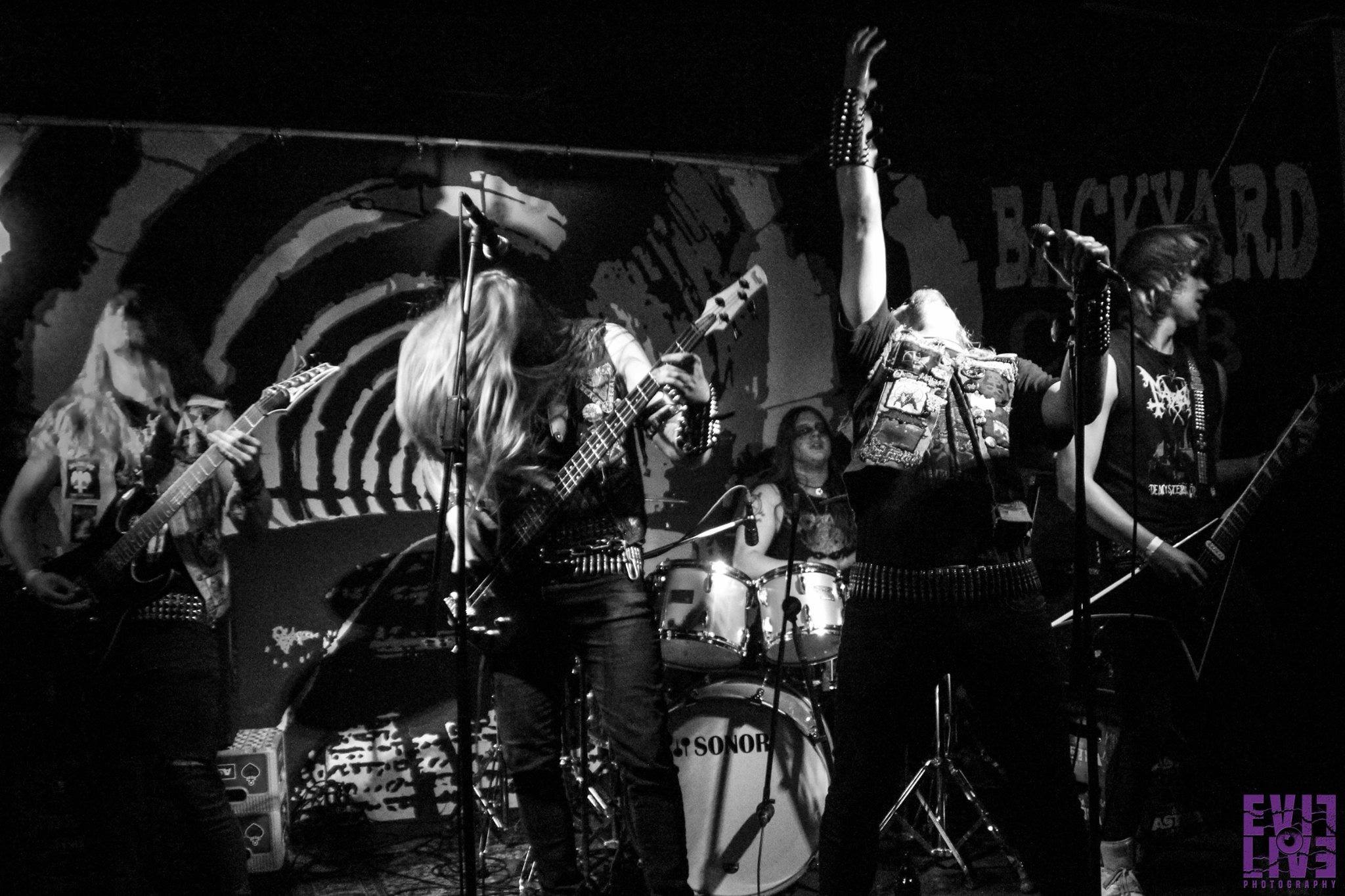 We definitely have future plans which are not of very fixed nature yet. We are constantly working on new material and are planning to put out a second demo tape next year. There´s more to come! Beware!

Cheers for your time! Your last words!

Thanks very much for the interview and for supporting the underground! Death to false metal and Salute Hell´s Victory !

Interview was done for Headbangers Zine, kindly shared for RockMuZine.