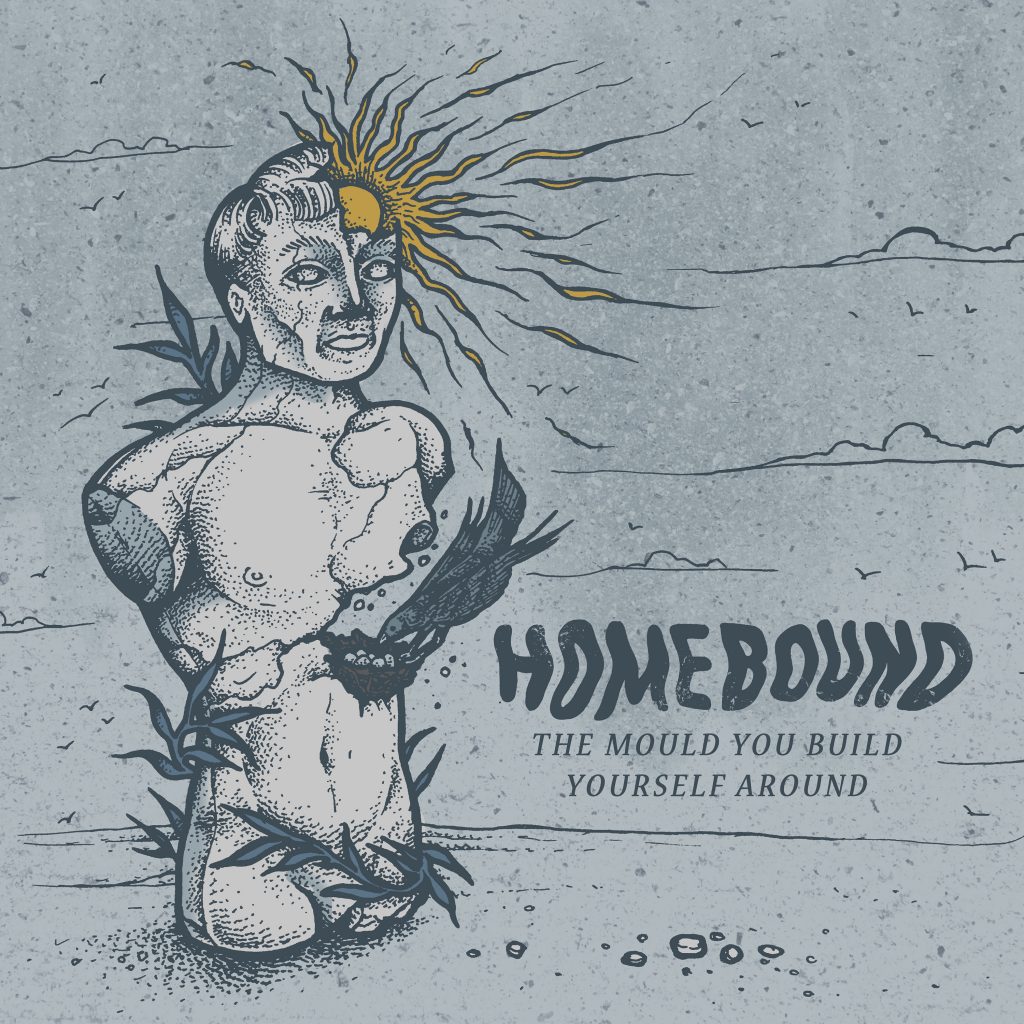 Farnham Pop Punk Quartet Homebound have released the latest instalment from their forthcoming The Mould You Build Yourself Around’ EP – single ‘Sonder’. With its accompanying video, vocalist Charlie Boughton reveals of the track’s inspiration: “I came across a book written by an author who coined terms that aim to fill a hole in the English language, giving a name to emotions we all might experience but don’t yet have a word for. One of those was Sonder which was described as “n. the realization that each random passerby is living a life as vivid and complex as your own— their own story, populated with their own ambitions, friends, routines, worries and inherited craziness..” This really resonated with me and helped me to see that we as individuals get so caught up in our own lives, we often forget that there are others sharing the same experiences.” With the EP set to release via Rude Records (Set It Off, Blood Youth, Less Than Jake) on 10th February 2017, Boughton explains how the track fits into the bigger picture: “I think Sonder will come as a surprise to some people and maybe prove we’re not just a one trick pony. It really helps to break up the EP sonically; hopefully people really dig it.”

The quartet, completed by guitarists Tom Mellon and Chris Wheatley and Joe Aspell-Beaumont on bass duties, reflect on the current crop of pop punk bands similarly trying to make their mark and how they fit in, or rather, are happy not to: “There are a lot of bands doing the same thing these days and as it’s become more and more oversaturated, I find myself less and less inspired by it. I think every song on this EP offers something different. We’ll always appeal to the mainstay of pop punk fans but I’d like to think we’re so much more than that and hopefully people will see that with this release.” So what can we expect of TMYBYA? According to Boughton: “it’s a more mature sound; definitely darker in areas. It’s a lot closer to where we want to be as a band musically.”

Recording once again with Seb Barlow (Neck Deep, As It Is, WSTR), the resultant record is well-crafted throughout; with bouncing melodies, driving drums, intricate guitar work and gritty lyrics, Homebound manage to deliver maturity, diversity and depth, whilst still retaining the fun that pop punk is known for. Boughton concludes: “I think I speak on behalf of each of us when I say that the rest of the boys are some of the hardest working and driven people we know. Without sounding too cliché, there’s so much more to come from this band and we feel TMYBYA is just the start of it.”