It’s a matter of life and death as Eddie Vs Eddie comes to mobile courtesy of Iron Maiden’s Legacy of the Beast mobile game. Players can now pit their strongest Eddies against each other, with chosen teams fighting it out for death or glory as they face off in a futuristic battle arena to gain valuable prizes, resources and a chance of rising to fame in the leader-boards. 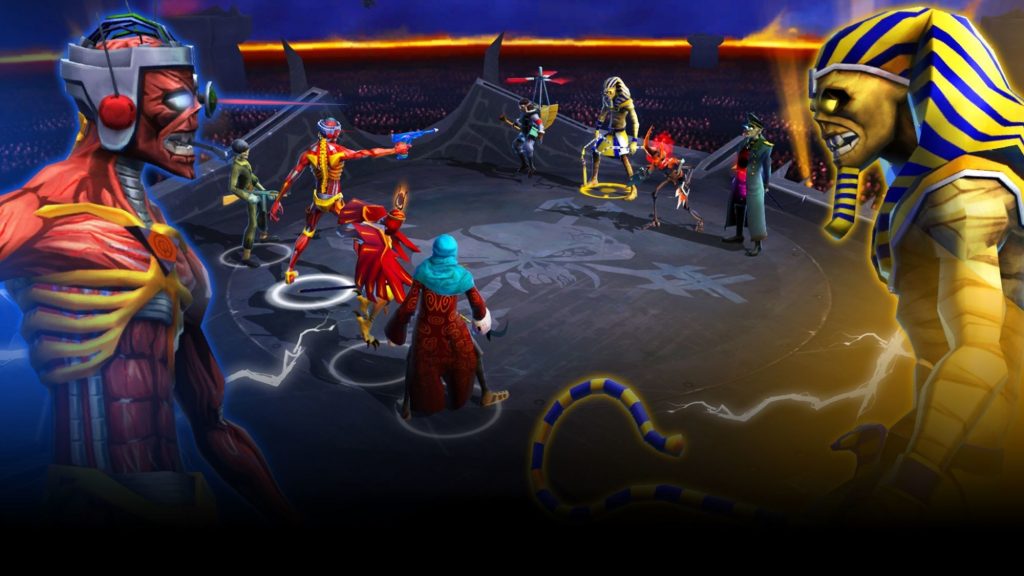 Player Vs Player [PvP] is a form of interactive multiplayer combat, where two participants can send their chosen champions into battle against each other via an in-game gladiatorial arena – the ultimate goal of which, to be World #1.

Iron Maiden’s interactive director, Llexi Leon, said; “With dozens of your favourite Eddies and hundreds of supporting characters to collect, Legacy Of The Beast‘s PvP battles rage across space and time in an arena of gods and monsters – where pharaohs clash with cyborgs and samurai face off with demons, there’s an incredible variety of opponents and countless strategies to master. We’re very excited to share this new feature with the community and can’t wait to see who will emerge victorious in our first week of global competition.”

Beyond this latest PvP update, players of the game can also look forward to many more significant new features and characters to collect over the coming months, including ‘Brave New World’ Dungeons, Global Chat and a steady flow of new Eddies and support characters.

With millions of downloads and battles fought, Legacy of the Beast is a definitive experience in the mobile RPG space – giving both gamers and Iron Maiden fans alike an unparalleled, epic, ever-expanding gaming experience on their mobile devices.

Iron Maiden: Legacy of the Beast, is available now for free on Apple’s App Store and Google Play.