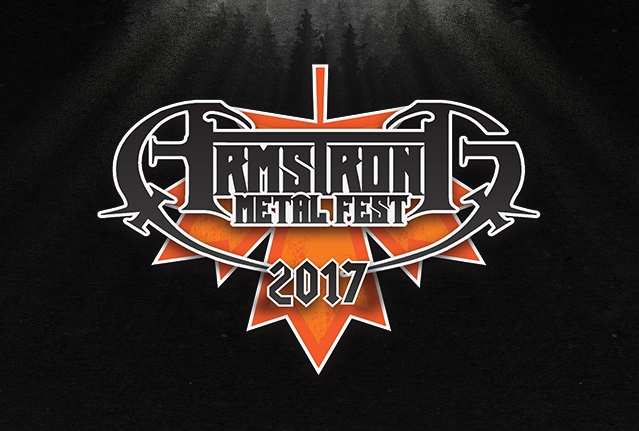 Nestled in the Okanagan valley, the town of Armstrong has become British Columbia’s largest mosh pit. Trembling the Rocky Mountains and creating a gathering of metalheads like no other in Western Canada, Armstrong Metalfest, now in its ninth year returns with a 2017 line up that metal fans from across country will feast on from sunrise till way past sunset on July 14th and 15th at the Hassen Arena.

Festival co-founder Jesse Valstar comments: “The team members of West Metal Entertainment poured their sweat and blood into making this year’s line up for Armstrong Metalfest the best year yet! A large portion of this year’s line up consists of bands who will be releasing albums in 2017. The fact that so many bands in Canada are able to write and record quality material is a real testament to the thriving metal scene we have. The band submission process is a grueling gauntlet of awesomeness, but personally I love every second I dedicate to the brilliant artists of Canadian Metal! I am especially excited to have Revocation on this year’s edition of Armstrong Metalfest. Their style is hella fitting for the festival and I know they will be well received! Also, their album “Great Is Our Sin” is fantastic front to back. I’ll be front row center screaming my heart out for sure!

I am very proud of the work our team has put into year nine of Armstrong Metalfest. Our work is paying off, so far this year we have broken every record for ticket sales we have ever had. As a community we built this festival from the ground up. As the festival grows, so does our community. We are all proud of this big beautiful beast!”

Confirmed for the fest is the following line-up: