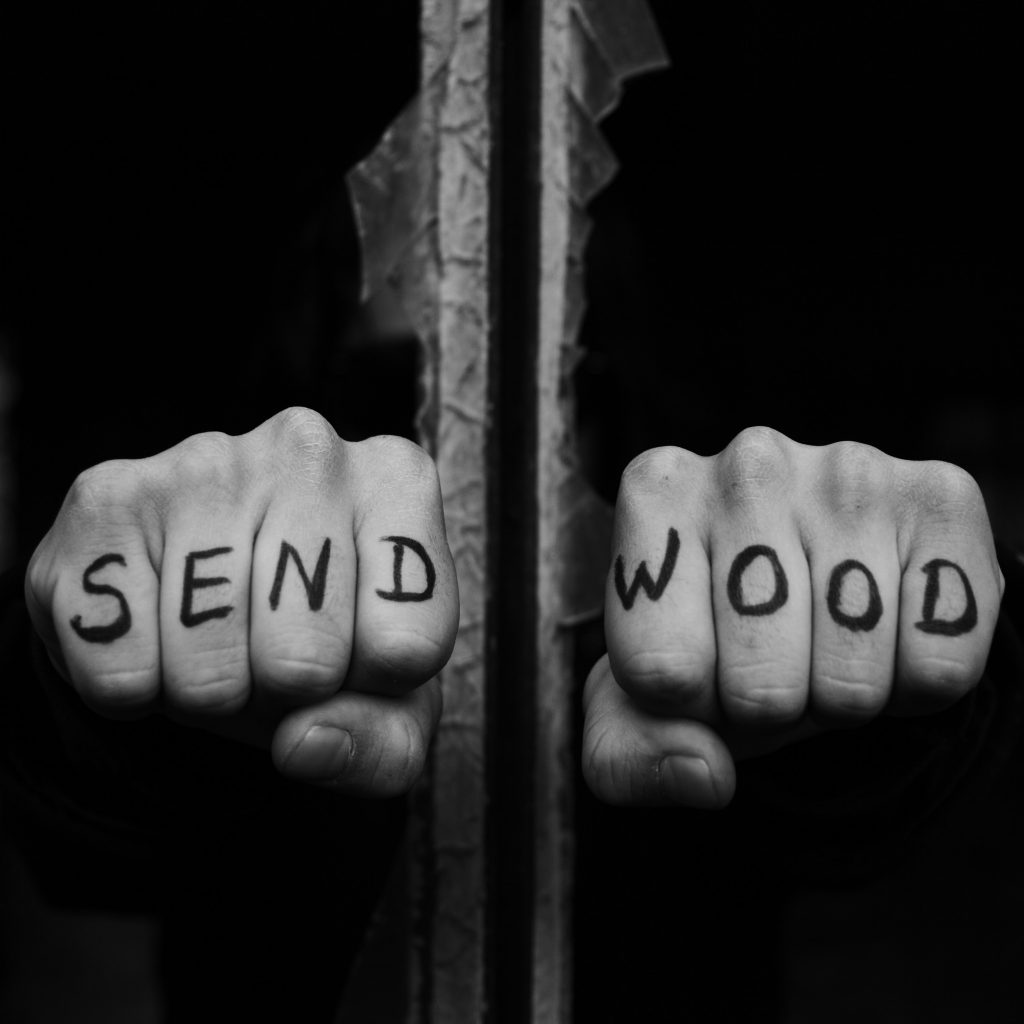 In 2016, Kriss Wood (ex-The Real Mc Coy) and Alex Mc Wood (Harmonic Generator) found themselves alone in rehearsal. Their bandmates missing, one pronounced these mighty words « Forget about it, let the two of us be a band! » In this band, not giving a damn is essential, The guitar riffs, the song structures or whatever the songs are about, SENDWOOD really set the unserious state of mind that fits great musicians of rock and metal music.

Taking down a lot of influences, SENDWOOD gets its inspiration from Mike Patton’s unusual musicality, Royal Blood’s straight-to-your-face sound, RATM’s fury and from many other angry metalish threads.

In 2017, Sendwood puts out its first EP, called « Log Face » and only one unique show is performed. Then, they record their debut album « Fist Leaf » and they are now ready to give a new pulse to their music: the thrill of Live!

ith « Fist Leaf », Kriss (guitar) and Alex (Drums) strip Rock music to find its essence. Au revoir, superfluous! See you later, bass player! One guitar, one drum set, a will to sound big anyway, ten tracks and two days of live recording in the studio: this was the formula for this peculiar album.

The topics covered in the songs are based on the lives of the two « compadres ». Since the band was put together, they suffered, cried and laughed together and they built this amazing team cohesion. Here comes the heartbreaks, the loss of someone dear, the need to break the rules, the fight for freedom and also some lighter things like Batman or the Vikings.

Sendwood also chose to translate some emotions into short and powerful instrumental songs. The « Riffocephalus » are built for headbanging and tag the album, as an introduction, transition, and conclusion.

With « Fist Leaf », Sendwood gets rid of the usual rules and habits of Rock music to deliver a « flying-with-no-parachute » version of it. With powerful drums, incisive guitar licks and a full-blown rage sung in a microphone, here is the basics, the roots of modern popular music. Rock, Metal, Grunge, pissed-off Blues, pogo soundtrack, maximum Rn’B, give the label of your choice, Sendwood is forgiving.