Usually I don´t like modern metal that much. Even in the 90´s I didn´t. But there were some exceptions. One of them were Helmet from New York (Today they live in Los Angeles). I liked their second album ‘Meantime’ (1992) and their third album ‘Betty’ (1994) a lot when they were released. But I lost contact to their music in general and didn´t even know that they still existed until I was asked to join their show in Cologne in February and do an interview with their only remaining original member, singer, guitarist and songwriter Page Hamilton. Unfortunately, because of work, I couldn´t get to Cologne in time, so I managed to do a telephone interview with him after work which was a lot of fun. He´s a nice guy, down to Earth, and a varied, talented musician. Here we go!

Hi Page! How are you? Please tell us about the early days of Helmet first! How did the foundation of the band happen back in 1989? And have you played in other bands before?

Hi! Yes, I had already played in several bands before, at least since I lived in Brooklyn. We also had a side project called Influate. I´m just working on an album with one of those guys. Before Helmet I also was in Band Of Susans. How I started Helmet? Well, I just wrote a few songs for Band Of Susans, but they denied them. The songs were really good, but didn´t fit to their sound. So I decided to found my own band. I put an ad to the newspaper, and so I first met drummer John Stanier and guitarist Peter Mengede. Then we tried several bass players, I think there were about fifteen, until we finally found Henry Bogdan. And that was a good choice! 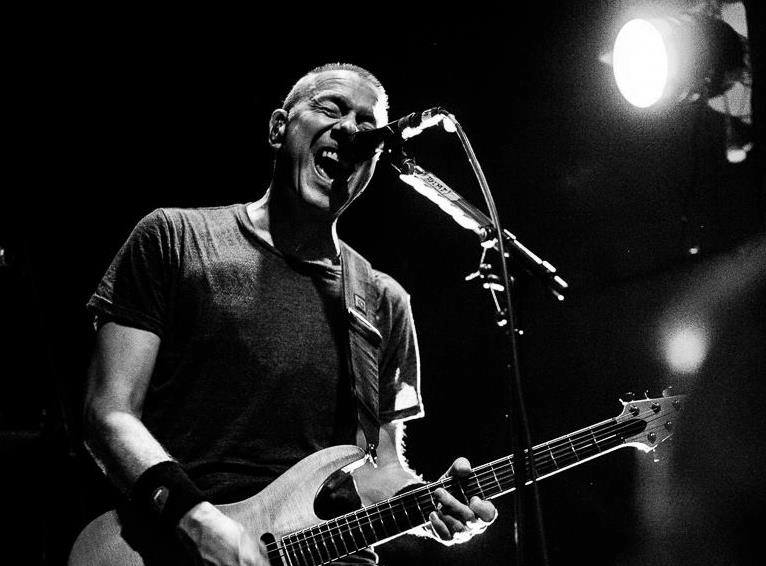 Which bands are your main influences? And how have those influences changed through all the years?

In the beginning there were bands like Led Zeppelin, Aerosmith, Ted Nugent, AC/DC and formerly Black Sabbath. Later I discovered jazz music, classic guitarists and jazz guitarists from New York for me; guys like Wes Montgomery, John Coltrane, Miles Davis, Charlie Parker and Johnny Christian. I love those people! When we were still active with Band Of Susans, we listened to a lot of Gang Of Four and were on tour with Wire. Also those bands had a big influence on us. Then I listened to a lot of music from New York at that time, like Mike Ribot. There were lots of different music and great musicians. And so my influences developed more and more. Today I listen to a lot of classical music and jazz, but also, of course, a lot of music with electric guitars!

What are your lyrics about? Is there a certain message you want to tell the listeners?

No, I don´t use clichés. Anything could be an influence for my lyrics: comedy, a comment on relationships. A lot is also inspired by society, especially here in America. In 1982, I traveled a lot as a young man and got inspired by many things I could use for lyrics. Many people relate on things they don´t understand. As a band you´re always in search for new inspirations.
-Your debut album “Strap It On” was released only one year after the foundation of the band. As far as I know, you haven´t released a demo before. Was it planned like this from the beginning? Or was it maybe just luck you had?

With ‘Meantime’ (1992) and ‘Betty’ (1994) you were really big in the scene. Do you know anything about record sales? And can you live from your music?

A lot, but I don´t know how many copies were sold. And no, I can´t live from our record sales with Helmet.

Between both albums there was a collaboration with the rappers from House Of Pain in 1993 on the ‘Judgment Night’ soundtrack. The song was called ‘Just Another Victim’. How did that happen? And were you satisfied with the final result? Or was it just a one-and-only experiment to develop yourself as a musician?

It was a totally different way of working. I don´t remember who had the idea to combine rap and rock music with each other. We already knew House Of Pain. They were like dudes. Erik also played in Everlast. So we could imagine that it would be fun. When we worked on new songs in New York, I had this riff, but I didn´t know how to continue. And Danny just rapped on it. We thought it was cool, turned some samples on it and the result was amazing! It was a lot of fun! 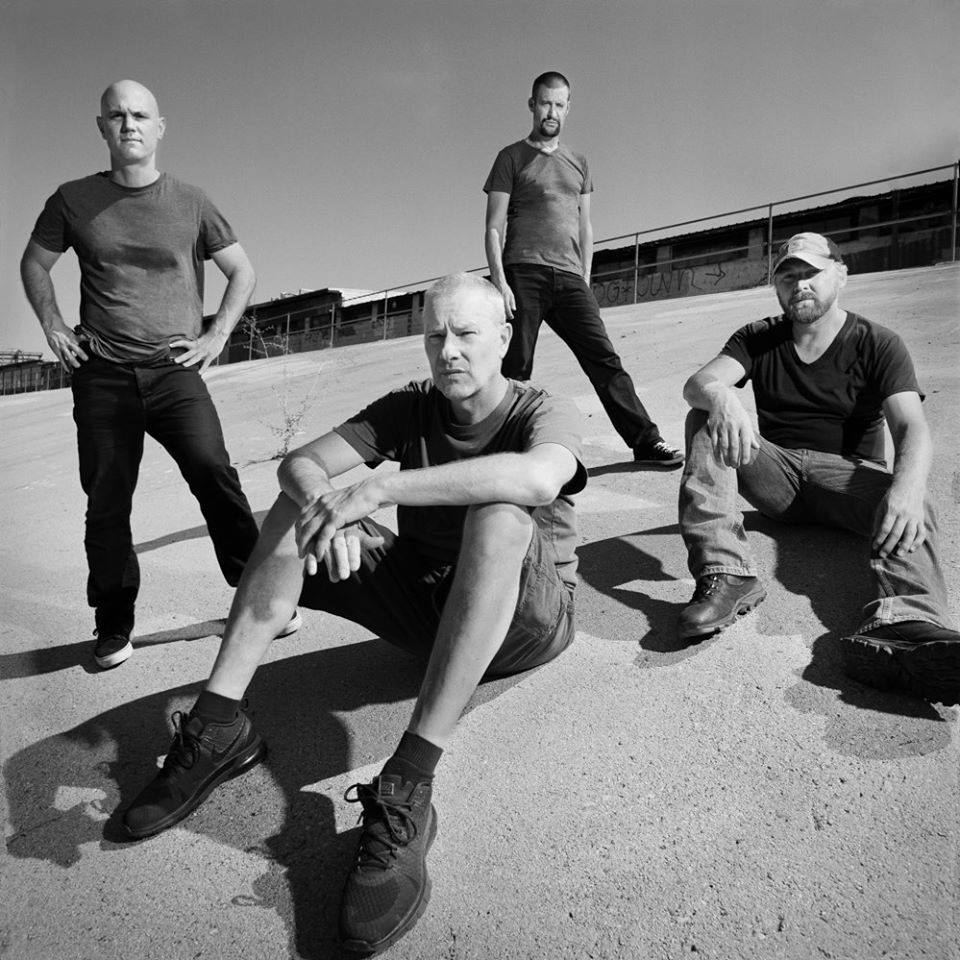 In 1998, after 4 studio albums, Helmet split up and the original line-up never came together again. Why? What went wrong?

I don´t remember exactly. We just departed from each other. Henry wanted to do something different. And when he was gone, there were only me and John left. John also decided to leave. And that´s it. But I really don´t know about all the reasons anymore.

What did you do between 1998 and 2004 when Helmet didn´t exist anymore? Were you still active in the scene at all?

In 1999, I was the guitarist of David Bowie´s “Hours” tour. That was fucking amazing! Then I took part in some movies by Elliot Goldenthal and produced some albums. I also had a band called Gandhi. Their drummer now plays in Maroon 5. One of the guitarists, John Andrews, lives in Germany now and is the guitarist of Nena. The other guitarist, Anthony Truglio, plays in a metal band called Liege Lord. But I don´t know what the bass player is doing…

Why were the original members not involved in the reunion of Helmet in 2004? Were they not interested? And are you still in contact?

Well, first, we were on tour for a long time. Then I made some movies and produced some albums. I worked on a lot of things.

Today, you´re the only remaining original member of the band. Why are Helmet still the same band for you after all those line-up changes?

No, it´s not the same band anymore! When we broke up in 1998, things were totally different. Today, we communicate more. We didn´t know if we would ever have success again when we reunited. There are always many reasons why a band split up. I have the rights on the name of the band because the situation today is the same as in the past: I´m the songwriter of the band. When time goes by, a lot of things change. But I´m fine like how it is right now. Today I have more fun like in the past. I have to tell you: I really love John and Henry! They have all my respect! But it wasn´t my decision that they left! And there´s no bad blood between us! 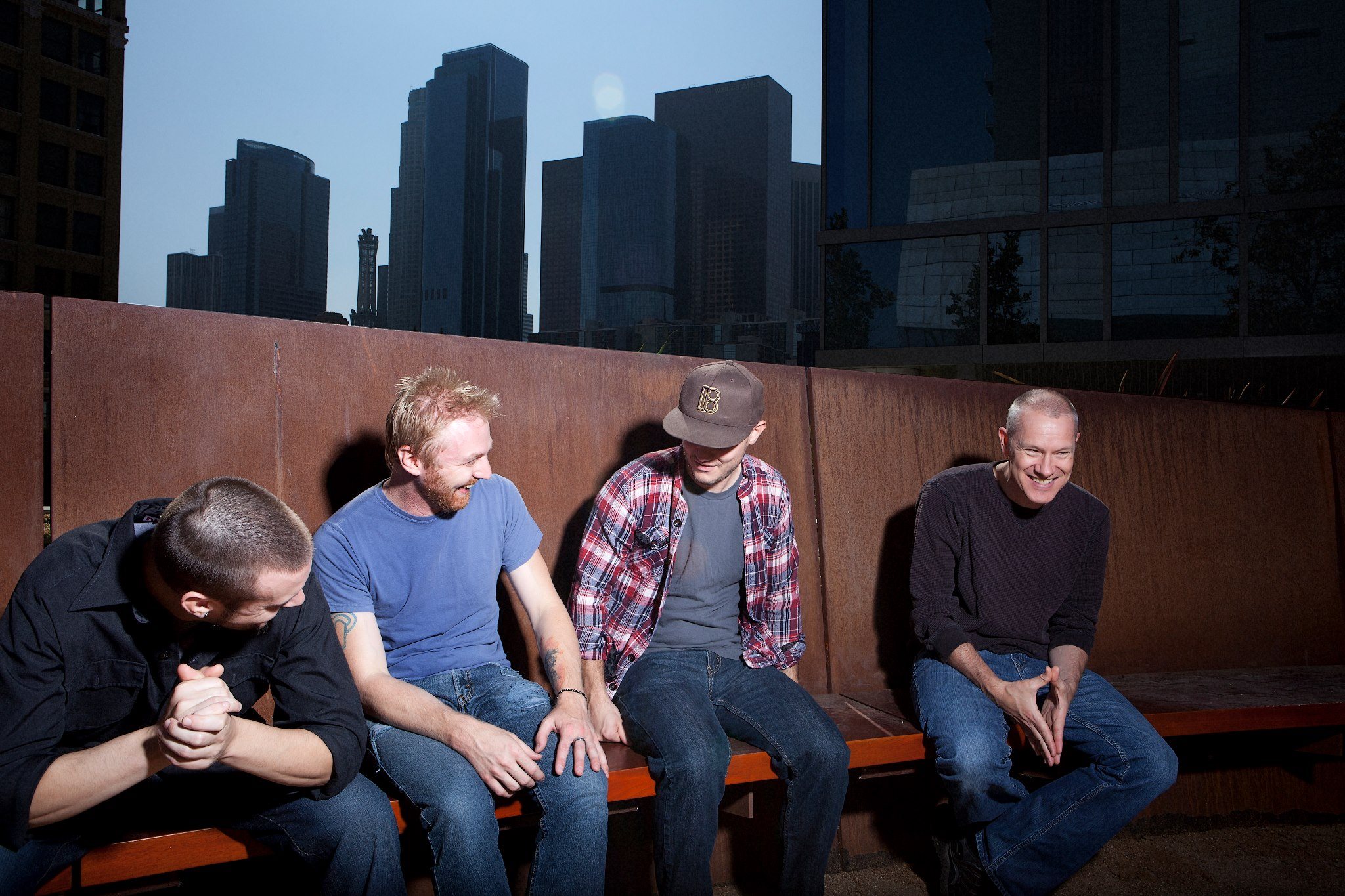 Today many people say that Helmet are the grandfathers of modern metal. Would you agree? Or are you interested in such statements at all?

No, I don´t really care about it. But of course I know where we stand in the scene. I also many bands who call Helmet as one of their main influences.

Actually, I didn´t really produce Bush, but a solo album of their singer Gavon Rossdale. Usually, bands come and ask me, or their manager knows me and gives the contact. I like studio work a lot!

If you take a look at all Helmet releases today, is there an album you like best or even least? And why?

Well, if I think about it now I would say that I like the first 4 albums best, ‘Strap It On’ (1990), ‘Meantime’ (1992), ‘Betty’ (1994) and ‘Aftertaste’ (1998), because they were created with the original line-up in a natural way. I still like those albums a lot. The comeback album, ‘Size Matters’ (2004), was also a great experience for me, but we had a lot of pressure on us because it was the first Helmet album after 8 years. But also the last 3 albums were a lot of fun! We worked with many producers and studio staff, and I like the recording process when songs develop themselves. But I can´t really say that I like an album much more than another. I still think they´re all good.

Then please tell us about your future plans!

We just recorded 4 cover songs that will be released in a boxset. I´m also working on a project with a guy from Los Angeles. I already worked often with him in the past. We only worked with guitars and percussion on it. It sound pretty cool and should be released soon! With Helmet we will return to Europe in June to play more shows. That´s all for the band for now.

Okay, Page! Thanx for taking your time! Do you have any final words?
Oh, thank you! I had a lot of fun! Bye! Take care!