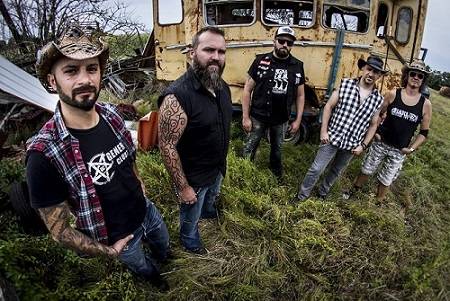 A few weeks after the release of its second full-length album ‘In Dust We Trust’, French heavy-rock/metal pack Charlie’s Frontier Fun Town just unveiled a new Live Music Video for the title-track of the album.

Formed around the year 2010 in the area of Grenoble (France), Charlie’s Frontier Fun Town quickly hit the road to play its first gigs before to join the studio and record their first full-length album, released in 2013 (‘Moloko Vellocet’). A bunch of gigs later, the departure of a member and the arrival of Sly from General Cluster, CFFT began to work on a new record called ‘In Dust We Trust’ and released on spring 2017.