Growing up as a spandex Heavy Metal kid since the mid ‘fucking’ 80’s, I was always surrounded and hanging with the local Punx, Hardcore lads and Skinhead girls! What happened a few years ago… they infected me with the HC and Oi virus. I started to love it and went to more and more gigs and parties. Of course Headbangers Zine wouldn’t be Headbangers Zine if they wouldn’t support the local skinhead band Complaint! Coming from the region Den Bosch, Breda but overal Tilburg Hard Core City. I invited the guys at my place and asked local Skins Nicky, Martijn and co-editor Frank Stevens to join me to drink my beers haha! But they didn’t come, bastards! 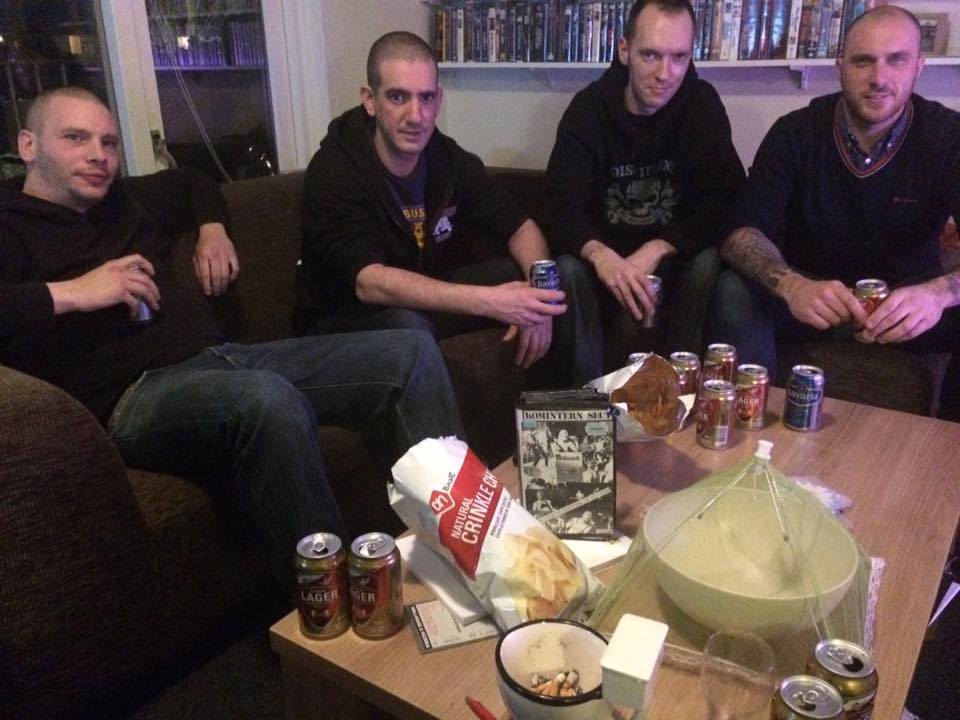 Welcome at my place guys! Everybody has a beer…. Can we start?
Yep next beer please!

At first: give us some info about Complaint!
We´re an Oi!/punk/hardcore band from Noord-Brabant. We started out in 2014, after The Bruiseheads went on hiatus. Michiel and Randy were looking for a new band, and asked Patrick to try out as a singer. Erik joined on drums, and Complaint was born. Our first cd ‘We’re right you’re wrong’ was released in 2015 on Rebellion Records. It was supposed to be a demo, but Wouter (Rebellion) gave us a chance and released it on his label. Our songs are mostly short, fast and loud, in the spirit of the old bands we like. Until now we played shows with bands like Razorblade, Booze & Glory, Bishops Green, Rust, The Business and Cocksparrer, and of course with a lot of befriended local bands. In November 2016 we released our new cd ‘Take a stand’ (self-released), and we are currently working on a new release in 2017.

What’s your main source of inspiration when writing lyrics and music?
The lyrics are usually about shitty music, shitty bands, shitty people and alcohol! Main inspiration ….. Pitt Bier!
-You recently released your second album. How have the reactions been so far?
Pretty good but it sells like shit, but we don’t care, it’s about the music and not about the format. So feel free to steal our music online!

How many gigs have you played so far? Ever played outside The Netherlands? Any cool gigs/tours coming up?
About 30 shows, mostly around the corner. But we’ve visited the North of The Netherlands a few times, but also Arnhem and several other areas. But we’ve played good shows in several big venues like Pop podium 013 (Tilburg), Willemeen (Arnhem), W2 (Den Bosch), Mezz (Breda), Dynamo (Eindhoven) and Music Club (Antwerp, B). We’re planning to invade Germany and England very soon! 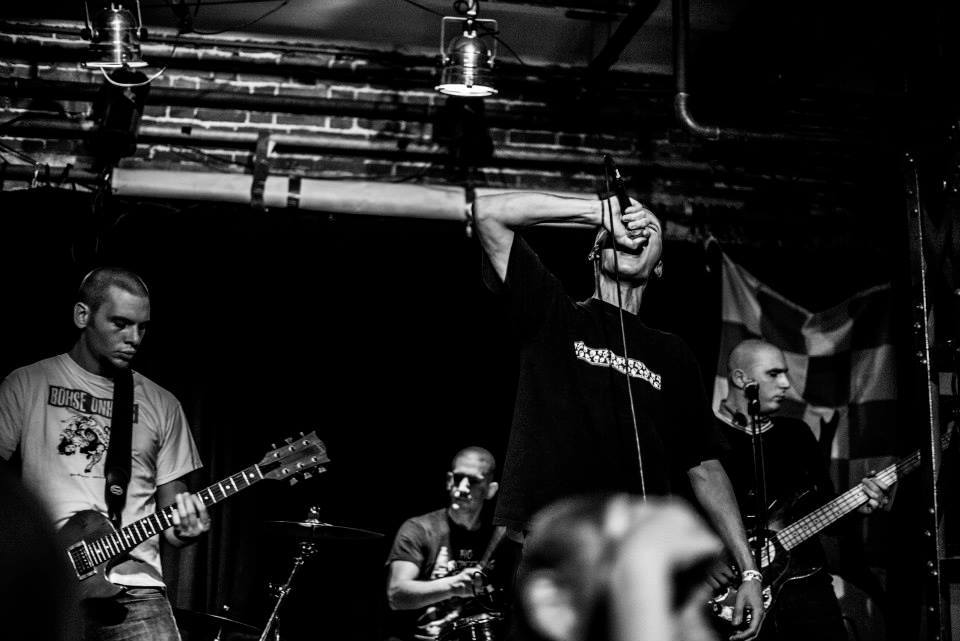 What do you think about the Noord-Brabant Hard Core scene, especially the Tilburg one hehe….
Lot of great bands died out, like Butcher, Razorblade, Milkman, Tech 9 but a lot of fresh new scene is popping up with young bands like: Hammered, Jesus Sanseveria, Pressure Pact, Team Wasted and several other young acts with a new generation PunX!
Randy: these days I’ve my own booking agency called “Stronger Than Before Bookings” and I book Skinhead and Hard Core bands in the area of Breda, Tilburg and Roosendaal. I offer the following bands:
-Bruiseheads
-Complaint
-Midnight Tattoo
-Tenderizers
-Patrons
-Insumers
-State My Case
-The Widowmakers….And more!

Any new bands you’d recommend? And what’s the best local Hard Core band in decades?
Well Oi orientated Belgium is better with fresh new meat! Bands like: Midnight Tattoo and Tenderizers blow your speakers and make you drink faster!
In Holland not that much Punk at the moment but we would say; Bullhammers and Jesus Sanseveria.
Tech 9, Discipline, Butcher and Milkman (most memorable acts with drunk chaos)!

What bar in Tilburg do you prefer more, Extase or Little Devil?
Little Devil is the best place to be but there’s a lack of Hard Core and Punk shows at the moment. Only MMM shows and nothing else! So we’re taking Extase with the lack of better options!

Any plans for the future? Last words!
Drink more beers and bring Hard Core back to Little Devil!
But also complain about you, about your bands, about your scene and about every fucking thing you do. We are right, you’re wrong, fuck you! 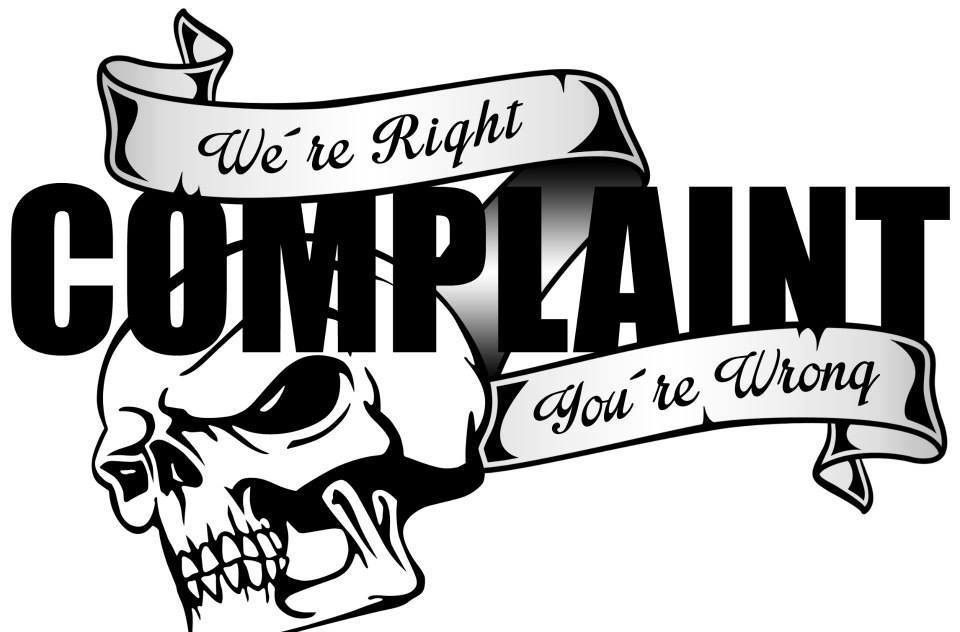