Last week it was announced that guitarist Marcel Heesakkers will leave Dutch metalband Martyr. The guitarist wants to spend more time with his family after the birth of his daughter, some months ago. A logical choice, but a big loss for Martyr. Founders Rick Bouwman and Rop Van Haren started looking for a replacement right away. We met with our friends from Martyr, talking about this abrupt decision Marcel made. 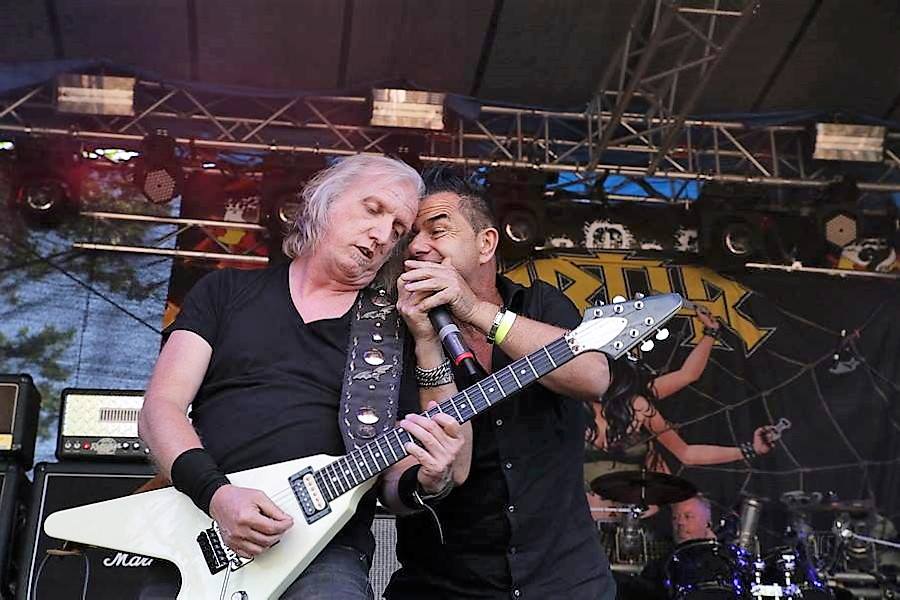 The departure of Marcel Heesakkers came completely unexpected for the band. Just like the previous band changes, recently. The band also changed hands on bass and drums. Bassplayer Jeffrey Rijnsburger and drummer Wilfried Broekman left the band and were replaced. The hard core, consisting of singer Rop van Haren and guitarist Rick Bouwman, remained. Yet the band changes are not seen as negative by the band. “Of course band changes are annoying,” says Rick, “but also some insurmountable.”

The two new band members joined Martyr last year and quickly learned the material from the band. “They bring in a lot of new energy and enthusiasm, just the energy and skills that fit the next step we have in mind and which we are now working on, both musically and in terms of presentation and performances.” That is necessary, because Martyr will not sit down. The plans for 2019 are very promising and the band gets all the support from the management (Wayland Management) and label (Into The Limelight).

“Martyr is not a hobby band to play around in the rehearsal room only”, is already made clear to interested parties, “We are in a growth phase and that does not even require 100% but 200% commitment.” The current band members all have that commitment and with a new, fifth band member, the bet will have to be 1000% in total. “Indeed, that’s how it will be with the 2nd guitarist we are looking for”, says Bouwman. On the vacancy, many registrations have already been received and registrations may still go to info@martyronline.nl. After that the band will make a selection of outlets for audition.

Three band changes in a short time can be fatal for a band. However, not for Martyr: “Despite this we have just continued, with performances (incuding a support for Iced Earth) but also with writing new stuff. And if we are allowed to say it ourselves, it is surprisingly strong and heavier material. They also require a different way of playing than our previous work, and that is only possible with the musicians with the right skills and the same vision. Next to musicality that is one of our main requirements within the band. ”

With a new guitarist, Martyr will hopefully be able to continue for many years, because there are enough plans. “Certainly, we are just not stopping!”