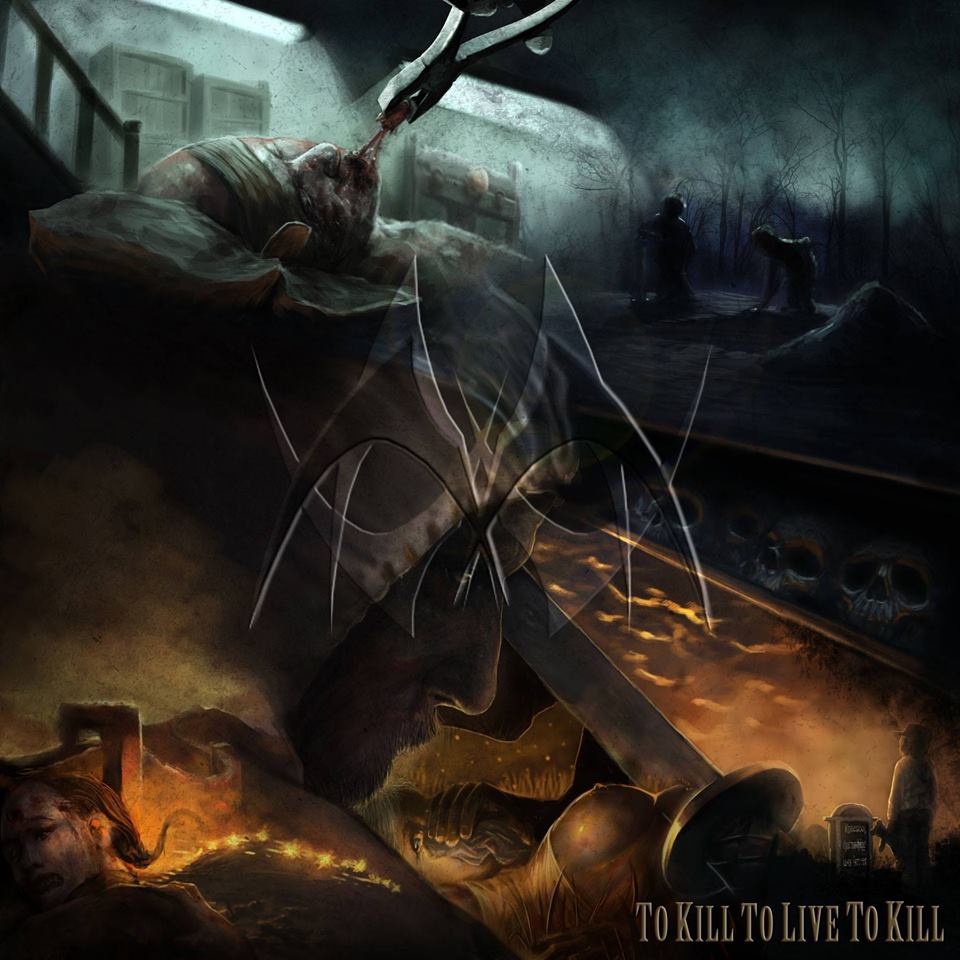 After receiving fantastic feedback for their new album ‘To Kill To Live To Kill’, and having torn up the North American continent live, as support for Persefone in August and September, the Danish Thrash/Power veterans Manticora announce their upcoming 4th European headliner tour.

The tour, which will see the band again visiting a large part of Western Europe and Scandinavia will be taking place in March and the band promises to step it up on all parameters, when meeting the fans eye to eye.

Guitarist Stefan Johansson explains: “We’re super excited about heading out in Europe again. North America was fantastic, but being a support act there, we didn’t have the chance to bring the full production. In Europe, we can do that and we’ll do our utmost to bring along the heavy equipment, so our fans will experience the slap in the face it is, when we allign our sound and images to an audial and visual show – not just a concert! Join us, and bring your family….we all float down here….”

As direct support on the tour, Manticora will be bringing the Swedish Avantgarde death/melodic masters of
Loch Vostok: Modern progressive/aggressive. Avantgarde, yet accessible. Odd but smooth. Huge choruses, strong rhythms, tons of melody. If you’re a fan of Devin, Gojira, Emperor, Soilwork etc, this is exactly your music. Loch Vostok has released 7 albums – all of them a gem on its own – and the band has toured Europe several times, as support of a.o. Therion and King Diamond.

And the opening act will be the debut’ing semi-progressive and very melodic metal act Hexed. The Hexed debut album ‘Netherworld’ was released in March, 2018 and the album contains ten blistering tracks. ‘Netherworld’ has received fantastic reviews and the band has rapidly gained a reputation of delivering a flawless and perfect live show. The opening act anyone would wish for!