Venomous Concept, featuring current and ex-members of Napalm Death, Brutal Truth, Corrupt Moral Altar, and more, will be embarking on a European tour in support of Brujeria. The tour will kick off in Sneek, Netherlands on May 4 and will conclude on May 26 in Essen, Germany.

“Come on and do the toxic waltz. Kick your friend in the head and have a ball.” These words by Exodus fully apply to ‘Kick Me Silly – VC III’ – the third full-length frontal assault by Venomous Concept.

The band was conceived as something like a grind punk supergroup – if that term can even be applied to a bunch of people with clear counter culture preferences. The name was quite obviously chosen to pay homage to the legendary POISON IDEA. At the core of Venomous Concept you will find Brutal Truth vocalist Kevin Sharp and Shane Embury, the iconic bass guitarist of Napalm Death. The two musicians had bonded over beer and pizza as well as their mutual love of such punk heroes such as Black Flag, Systematic Death, GBH, Siege, and of course the aforementioned POISON IDEA.

The duo soon set about plotting its own assault on the style. Armed with bucket loads of coffee, the pair roped in Danny Herrera of Napalm Death on drums as well as Melvins guitarist Buzz Osborne. A record deal was signed with Mike Patton and Venomous Concept ‘s first album, ‘Retroactive Abortion’ (2004) was followed by a split-CD with Japanese grind band 324 (2006) and another in 2008 with Blöod Duster.

Buzz Osborne eventually went on a hiatus, but he never really left and there is always a chance for his return – schedules permitting. Shane switched to guitar, when longtime friend Dan Lilker (Brutal Truth, Nuclear Assault, ex-Anthrax) joined on bass. Next, Venomous Concept brought in John Cooke of Corrupt Moral Altar on second guitar for touring. A second full-length titled ‘Poisoned Apple’ was also released in 2008.

Finally and after too long of a quiet spell, the band decided that it was time for more pizza and beer (cue the A.O.D classic). They got together with a bunch of ideas they had recorded in demo form here and there on tour, and in various smelly rehearsal studios…

Venomous Concept recorded their new forthcoming album during 2014, which sees the band continue in their trademark hardcore punk styles – with the added bonus of compositions by Lilker and Cooke. You will find these fire-starters branching out dynamically in order to perfect their art of grinding rock! 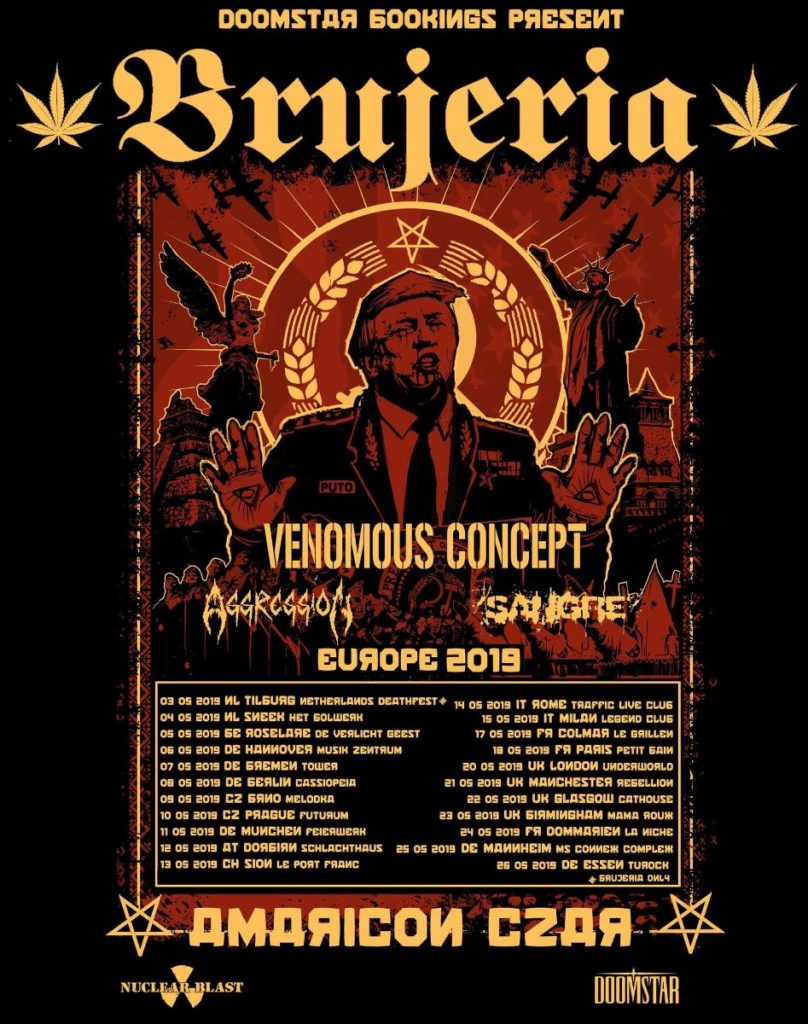