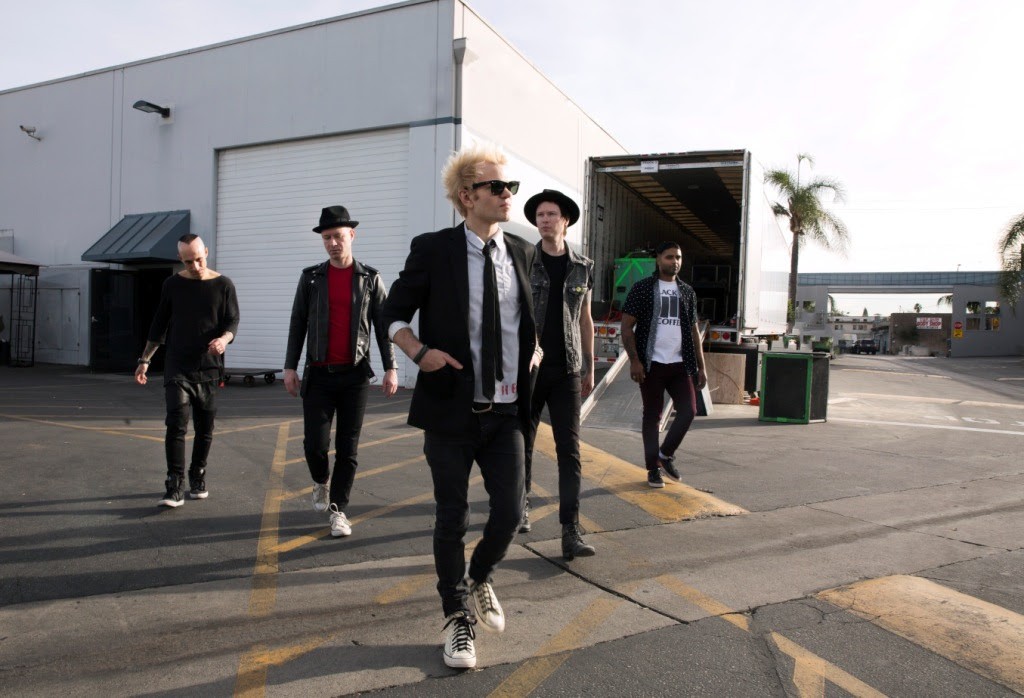 Pop-punk veterans Sum 41 have released their first single and accompanying music video “War”, from the upcoming album “13 Voices”, out October 7th on Hopeless Records. The video for “War” shows the band performing in the middle of a California desert in an airplane graveyard. Singer Deryck Whibley, uncovers reminders of his past – a journal, old drawing, t-shirt, guitar, and empty bottle of alcohol in the wreckage – and burns them along with his past life. Whibley says that the crash site represents how he “crashed and burned” and that the graveyard was “a place for a funeral for my past.”

This song was picked as a single because of its importance to Whibley’s personal life. He states “I feel that this song literally saved my life. I was at my absolute lowest point of what seemed like a never-ending recovery. When I was at a tipping point of falling back into drinking or staying the course of recovery, I grabbed a pencil and paper instead of a bottle and started writing. Whenever I had any thoughts of giving up, I would read these lyrics to myself over and over again. They helped remind me of what it was that I was fighting for, and that I needed to keep fighting harder. Giving up was not an option”.

Earlier this summer, Sum 41 released a music video for the leading fan track, “Fake My Own Death.” The video has over 3.3 million views, and the number is still rising. Along with the newly released “War”, this is the first look fans have into Sum 41’s forthcoming new album, 13 Voices. The ten-track album marks the band’s first LP in five years, following up 2011’s Screaming Bloody Murder, which featured the Grammy Nominated song “Blood In My Eyes”.

The Sum 41 fans have been coming out in overwhelming numbers to the recent live shows, with the band playing to some of the biggest crowds of their career. Most recently wrapping up their summer run on the Vans Warped Tour, the band is currently touring overseas before kicking off their headline tour starting October 5th in Orlando, Florida.

Whibley began writing for 13 Voices immediately following his four-month stint in the hospital. The frontman recalls, “I had to learn how to do everything again – my motor skills, learning how to play guitar again… I couldn’t even walk at the time. It was really difficult, but at the same time if I didn’t have a record to make, I don’t think I would have recovered as quickly, or even at all. Writing music gave me a purpose. I had to get better.” As Whibley’s health improved, so did his ability to write songs, and 13 Voices soon began to take shape being recorded, produced and engineered by Deryck Whibley at his home in Los Angeles.