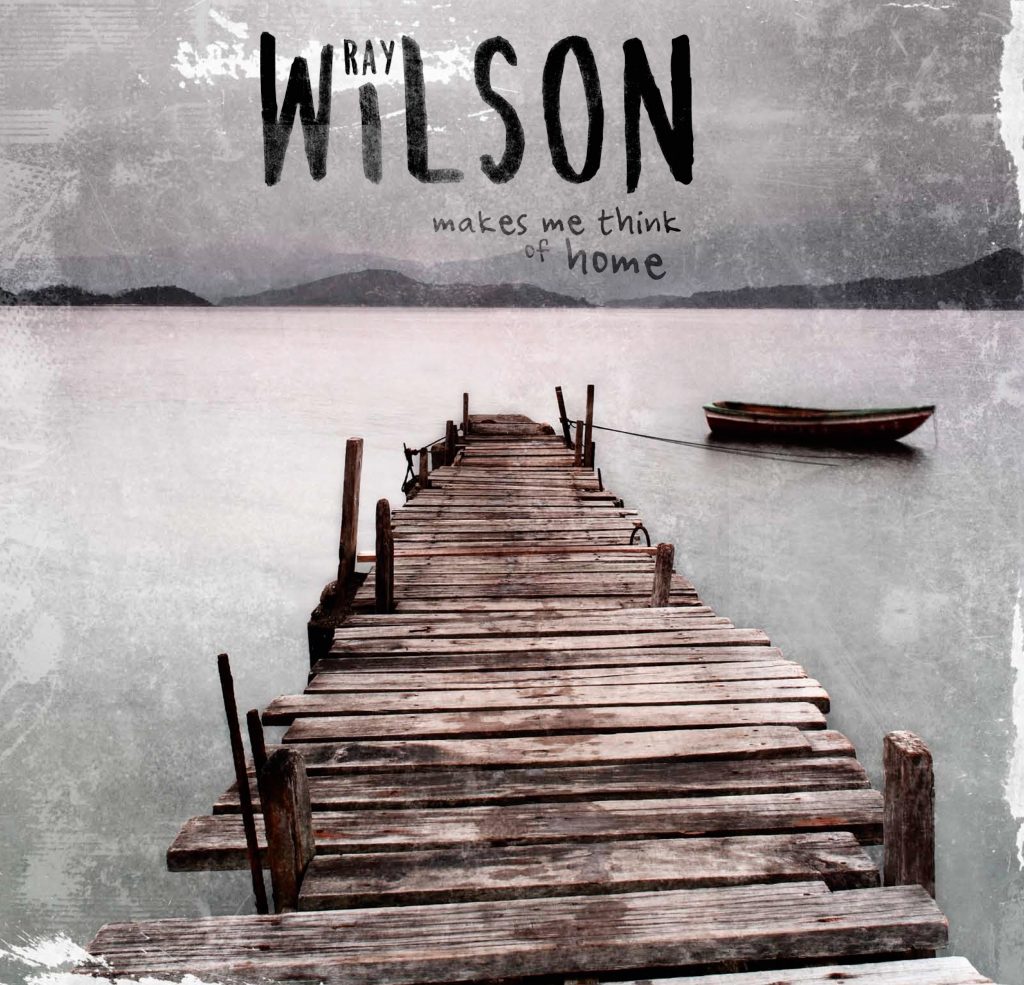 Ray Wilson (ex- Stiltskin, ex-Genesis) is working as a solo-artist for about 15 years now. Besides Ray, 11 musicians -including as many as three guitarists- contributed to this new album. 2016 proves to be a productive year for Ray as “Makes me think of home” is the 2nd album he released this year. Just as with his previous album “Song for a friend”, this is not a CD with a booklet included, but a nicely finished book with thick pages, that includes the CD. Even before I play the CD I’m browsing. One thing is a bit disappointing, my nose is almost buried in the book because the letters are way too small. It’s a pity that such a beautiful book is hardly readable.

Because of the use of samples like storm sounds at the beginning of “They never should have sent you roses” you just do not know which turn this song will take. It turns out to be slightly poppy with a hint of rock. Because of the rhythm you are less inclined to listen to the lyrics. But that changes during the track. The desperation in Ray’s voice triggers me to focus on the lyrics.

” … how much can you take
before you go the suicide line”

A really touching line! The light poppy rhythm ensures that these heavy lyrics do not touch me too deeply.

“Makes me think of home” is an appropriate title track. From the first second this song is different from its predecessors. The sampling runs nicely on between the speakers. You immediately feel that this might be a fabulous track . Tempo and volume go up here. The light echo on Ray’s voice adds an extra dimension. The decrescendo that follows is superb! During this minimalist piece there are subtle twists. There is a great, gradually build up to more power. Marcin Kajper plays a lovely piece on his sax during an instrumental part. Ray touches me through the combination of the warmth in his voice and the tiny sung words. This song is marvelous structured and gives me goose bumps several times.

“Amen to that” is an uncomplicated song, but yet you are immediately ‘in’ this song. Ray emphasizes parts of the lyrics with his powerful voice. The melody lingers on after listening the first time. The backing vocals of Ray’s brother Steve invite you to sing along. Played live this song will ensure a good atmosphere.

The unusual, slow pace of the intro of “Anyone out there” triggers you to listen very good. Because of that the dropout in the sound is quite clear, especially when you listen with headphones. It takes a while before the sound is restored. The song is about someone who struggles with drugs and alcohol. Ray emits a mix of frustration and passion in his voice. During an instrumental piece it is again the saxophone that comes out nicely.

Besides 2 dropouts, the sound quality is very good. Even after listening several times you will hear new things. The music is more complicated than it seems at first. It may be because of that this album has to grow. Because of the layered music it is not easy to ‘filter’ everything separately. On the one hand it is a pity that you do not often hear for example violin or organ in the foreground. On the other hand: The mix of these layers is in perfect balance. Everything is in harmony with each other. Ray has delivered a very good album for the second time this year. (8/10, Soulfood)