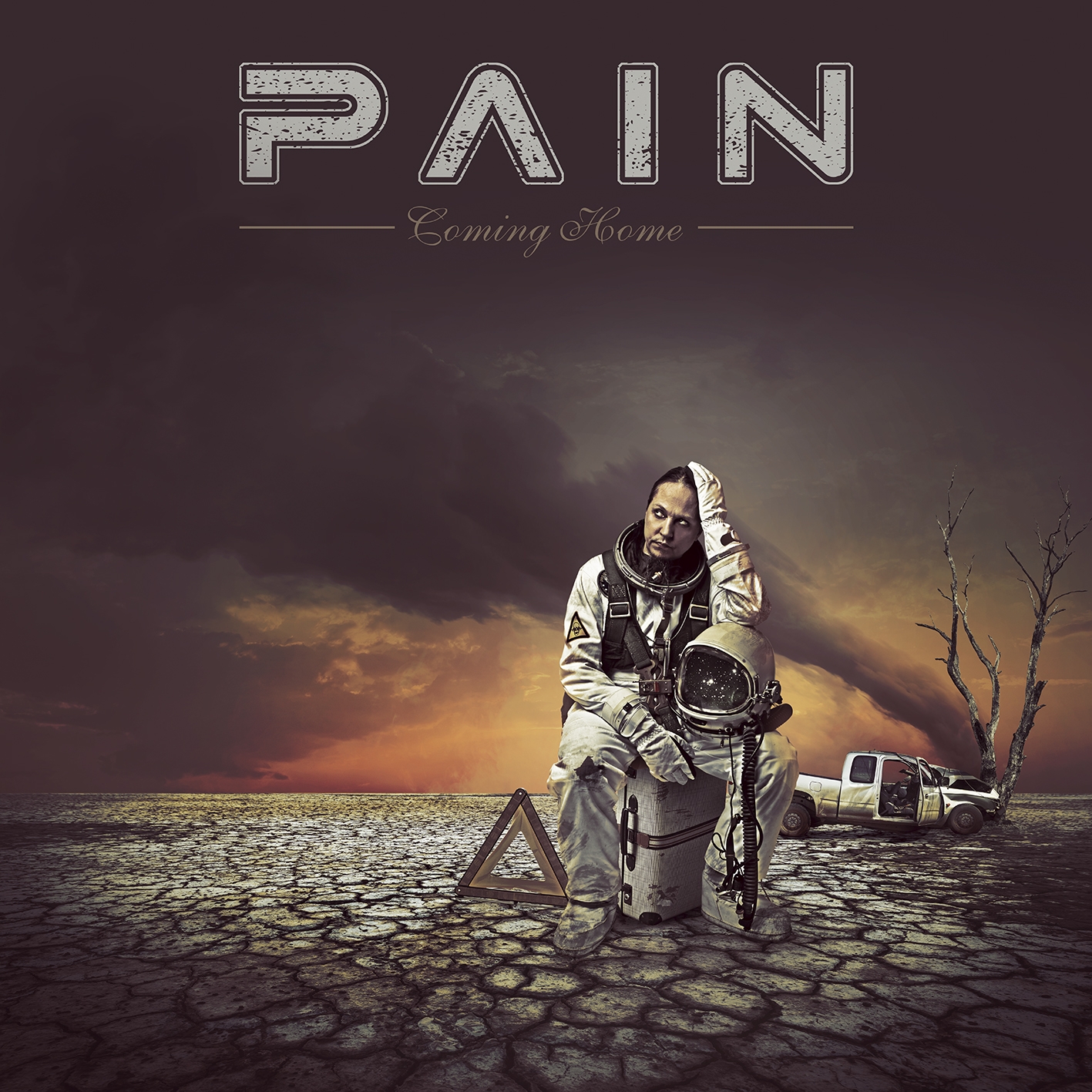 The almighty Peter Tagtgren is back. “That’s me, designed to piss you off” is said in official press-release for PAIN’s new album, ‘Coming Home’. And indeed, the amount of successful projects, revolving around this mastermind, can piss envious people off. Just recently we’ve seen project Lindemann (with Till from Rammstein) hitting store shelves, alongside with other projects (Sabaton, Children of Bodom, Dimmu Borgir) produced by Peter.

‘Coming Home’ comes 5 years after last PAIN’s album, ‘You Only Live Twice’, and comes with some pretense. One would think, that name is reflecting band’s movement back to its roots. But after listening to the album, I beg to differ. I wouldn’t say, that PAIN had drifted away from its industrial sound at all. But this time, on the contrary to its title, new album surprises with the amount of innovative sounds. Acoustic guitars, orchestra sounds, socially provocative lyrics – you’ve got it all.

Listeners are greeted by opening track, ‘Designed To Piss You Off’, a very positively-named song (pun intended), an angry hymn of a man, who is ‘…alive and flipping you off…’. And it’s only the beginning. Sarcastic track ‘Call Me’ (with raw vocals done by Joakim from Sabaton) discusses happiness and all the fun, that you can buy for money. ‘Last Crusade’ is written in a same mood, being a song that seems to be mocking self-destruction and blindness of humanity. There is definitely room for more of the same and you can think, that album is too angry and too sarcastic. But to level that mood, the album has something else to offer. Title track, ‘Coming Home’, looks like too mainstream for PAIN, while still pleasant to listen too.

It’s just a different beast, an experiment, with soft guitars and nice lyrics. If you are a fan of conspiracy theories or space explorer, then you get ‘Black Night Satellite’, a song inspired by the phenomena first discovered by Nicola Tesla. The album is quite diverse both melody- and lyric-wise and listeners can find something for each and every one of them. It has atmospheric sound, epic riffs and catchy tunes. All in all, you might find this album as one of the best, released by PAIN.