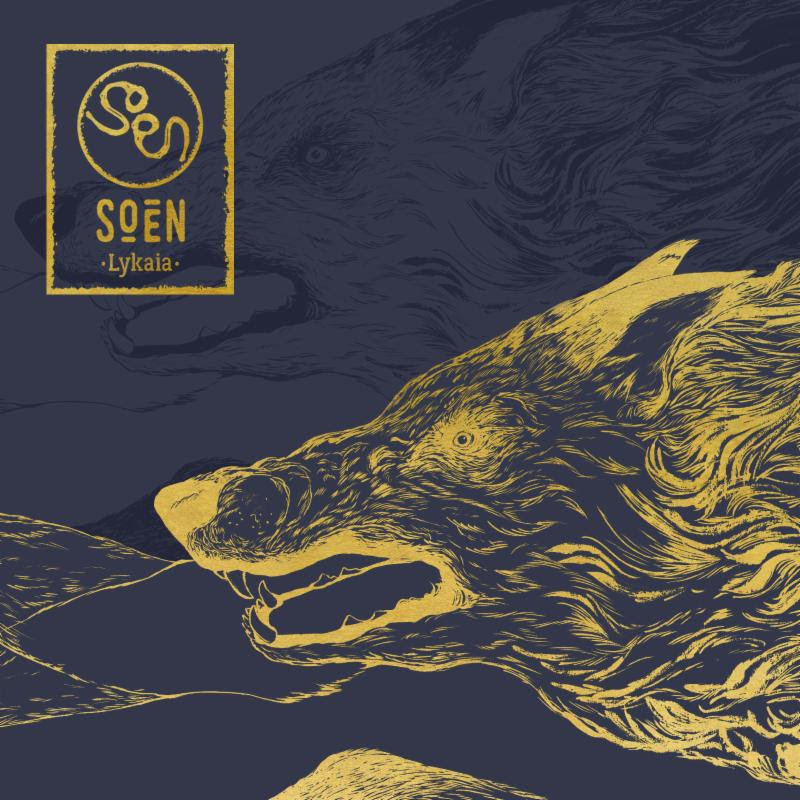 SOEN, the progressive group featuring the otherworldly-driven drumming of Martin Lopez (formerly of Amon Amarth and Opeth) and the dynamic voice of Joel Ekelöf (Willowtree), have taken another trip into uncharted waters.

For those who have followed SOEN’s career thus far, the concepts of journey and exploration are not new. 2012’s Cognitive beat a firmly heavy, progressive metal path. 2014’s Tellurian – with its Pink Floyd explorative spirit and Opeth-like forceful power – saw SOEN start to stride freely into their own power and unique visions. Their upcoming third offering, Lykaia – out February 3, 2017 via their new home, UDR Music – is a journey into earthier places – their most cohesive, powerful and congruent creative quest yet. Lykaiawill be available in three formats – digitally, via audio CD in digisleeve, and on gatefold vinyl.

Lykaia sees SOEN remain fascinated with the shadows and the darker edges of our world, with a particular focus on the various thoughts and concepts behind religion and ritualistic, belief-based behaviour in society.

Recorded at Ghost Ward, StudioGröndal and Deep Well in Stockholm, Sweden, with production duties handled by guitarist Marcus Jidell and the mix made by Stefan Boman, SOEN kept things as far away from the digital age as possible, embracing warmth and organic recordings as the drive behind the technical working process.

Vocalist Joel Ekelöf states, “Wherever we could the music was analog, all the sounds you hear were pure and not samples or keyboard generated. When we needed a Mellotron, we got a real one. With my vocals as well, we intentionally left out the endless possibilities of post editing and instead focused on pure vocal work.”

If the first two albums were harder, more technical, angular and perhaps cerebral pieces which demanded sharp focus, Lykaia presents a warmer, rounder, flesh and blood on the bones approach that allows listeners a dual entry to the eight tracks presented. The journey is no less dynamic, continuing the underscore of complex melodies with crushing power and no fear of walking proudly into more ambient spaces to explore the temperature. With Lykaia, however, it is clear that SOEN have never felt more congruent or sure of themselves.

“This has never been about genres, it’s always been about the journey we need to take both musically and personally,” adds drummer Martin Lopez. “What we´re working on right now is another adventure, another journey which in some ways is quite different again but also builds upon the experiences we’ve had over the last few years.”

Stay tuned for more coming from SOEN leading up to the February 2017 release of Lykaia.