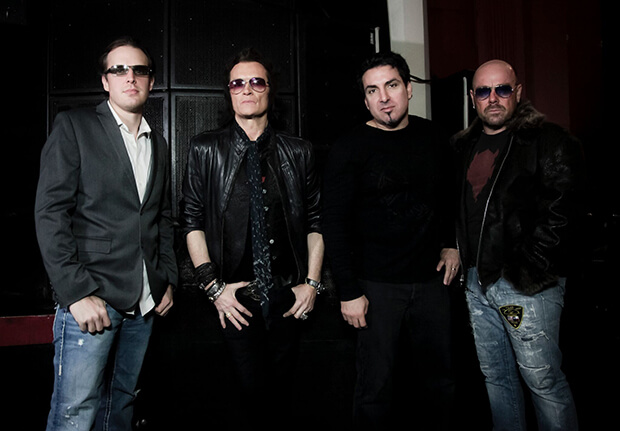 At long last, hard rock super group Black Country Communion is back in the studio – and they’re ready to kill it with an incredible new record in 2017.

“This is a record that has to be made,” says lead guitarist and vocalist Joe Bonamassa, boiling over with excitement as he holds a ’59 burst. “I love working with this band and it has been too long. Glenn and I have so much good rock music in us and it was absolutely time to cut a new record.”

Black Country Communion has been one of the premiere super groups of the new millennium, with legions of fans across the world that have been rocking out to their three studio albums, live album recorded in Europe, and a series of breathtaking live shows.

The world of rock better hang on, because Black Country Communion is about to take super group rock and roll to a whole new level. Why? Because these are special musicians. Glenn Hughes of the earth-shaking voice that once helmed the legendary band Deep Purple, on vocal and bass duties. He’s also rocked with Trapeze and Black Sabbath along with his own solo material.

Derek Sherinian is the bone-crunching rock keyboardist who’s played with the likes of Dream Theater, KISS, and Alice Cooper. He will chew up and spit out any groove you throw at him in an incredible display of electronic power.

Jason Bonham, son of the iconic Led Zeppelin drummer and a powerhouse man of the sticks in his own right. He’s been playing drums for everyone from Paul Rodgers of Free to Foreigner and his own Jason Bonham’s Led Zeppelin Experience.

Joe stated the urgent message in plain terms. “I love you guys. We make such good noise together. Let’s make that noise again.” Joe and Glenn met over dinner and suddenly found themselves once again electrified with the rock music that had exploded from them years ago. Once they played the material for Derek and Jason, the whole band was charged up to make the best Black Country Communion album of all time.