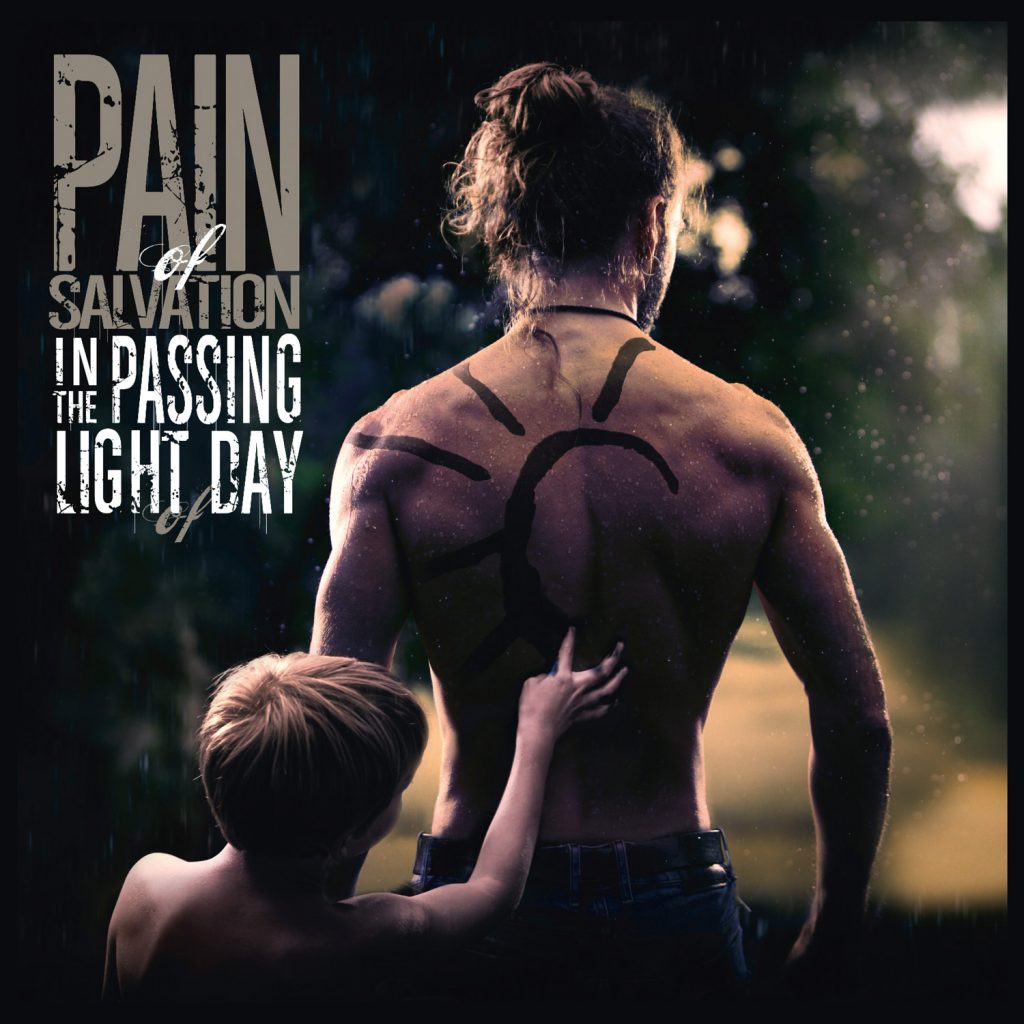 The five-member Swedish band Pain of Salvation was founded 1991. Singer/ multi-instrumentalist Daniel Gildenlöw is the only one who joins this prog-metal band from the beginning. On this album he plays at least eight(!) instruments. Ragnar Zolberg and Daniel D2 Karlsson are also multi-instrumentalists. ‘In the Passing Light of Day’ is a fairly heavily loaded concept album. In short it is about the fragility of human life. Daniel says “What began as a nasty infection, turned into a life-threatening situation.”

The album starts with metal influences, up here especially the strings sound nice and heavy. The music is attractively balanced over the speakers. The first sentences of ‘On a Tuesday’ are whispered by Daniel. Perhaps this is why these phrases come in. Not every word he says is understandable, but the words are in harmony with the music. The backing vocals blend tastefully. Meanwhile drummer Léo Margarit jingles his cymbals heavily during the strongly played parts. Then a beautiful transition to a classical played part. BAM, suddenly the metal is back. What a cool contrast! Via an intense played section, it moves on to a fragile piano solo. The emotion in the voice of Daniel touches me deeply with his words:

The piano solo in ‘Tongue of God’ touches me, especially because some instruments are added in a very subtle way. You feel the approaching of the turn to metal. Again, the cymbals are well represented. Overall it doesn’t invite you to sing along or to freak out. This is due to the nature of the fascinating concept. In the next songs several emotions come by. Such as anxiety, frustration and anger. These varying emotions are put down through all sorts of twists and turns in the music and singing. The backing vocals certainly contribute to this.

Not all lyrics can be fully understood but the emotions are obvious. Thoughts and concerns tumble, sometimes chaotic, over and through each other. Pain of Salvation regularly manages to move me. Especially in ‘Reasons’ anger and powerlessness are put forward in an intense way.

The situation seems to have calmed in ‘Angels of broken things’. But appearances are deceiving. Morphine obscures the thought, and let strange dreams occur. Instrumentally this carries on for a while. Bass player Gustaf Hielm backs up this hopeless situation with his playing until the strings really, really cry out. Slowly they became more quiet and the numbness of morphine seems to return.

‘If this is the end’ starts with quiet guitar playing. Again Daniel whispers his text. His voice sounds tired. He seems almost to give up hope…
But then … he speaks very softly …
“I … want to stay”.
I feel the fighting spirit come out. Pace in the music increases. The words “STAY !! STAY !! “sung with a mix of desperation and conviction. The whispered words from the opening track return. A moment later a few tremendous, primal cries made the hairs on the back of my neck stand up.

The title track ‘The passing light of day’ affects me to the bone. Especially the last part has the allure of film music. This is an incredibly beautiful closing track! This is not an album to listen to during the daily grind. During these 71 minutes, I am moved (almost) to tears several times. For ‘In The Passing Light of Day’ I put my phone on silent to be taken completely to this immersive album. The year has ‘just’ begun, but already has a top album! (9,5/10 – InsideOut Music)