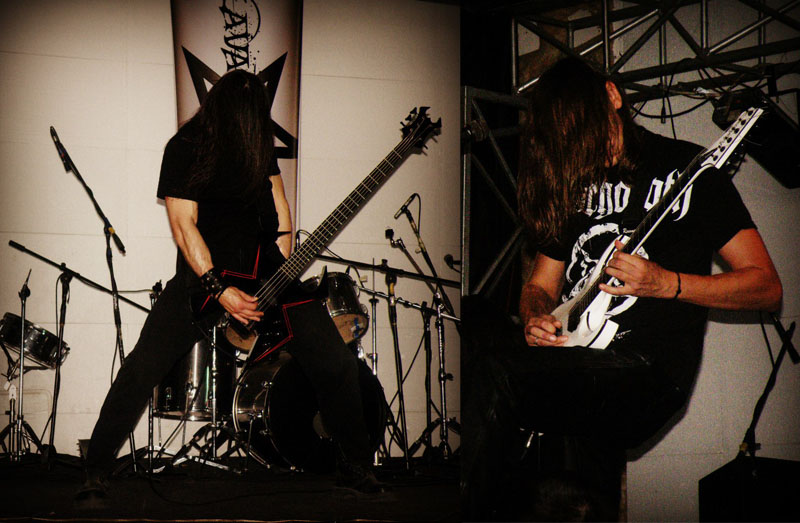 Lava Invocator, a mystical black metal formation from Ukraine, the idea of which originated in the small Swedish town Lund, near with Malmö… Dark storm clouds over the Øresund strait, black cliffs, tall forest and the whisper of mysticism mingled in the infernal whirlwind of emotions – so there concept of Lava Invocator.

The group was founded in 2015 by members of Ukrainian black metal band DEF/Light, after which the team immediately began its concert activity. Infrequent but powerful and atmospheric performances the band quickly conquered the minds of his circle of listeners, burning hot lava deep eats and fills the souls of metalheads. Sound of Lava Invocator – a dense and accurate alloy of iron and steel – hard and uncompromising, and at the same time melodic and atmospheric. “Mörk” (from Swedish – “Dark”) is the debut album of the group.

“MÖRK” – dark, gloomy, as a characteristic of the album as a whole – it is dark and gloomy.
At the same time, the album is conceptual in essence and tells about someone (or about something).
A kind of intangible essence, dark and gloomy, waking up from the first notes of the album,
Takes the listener’s hand and holds all the songs, telling his story,
And in the last track opens the listener to the essence of things …

Today we may announce the new single ‘Empyrium et Nihil’ in an exclusive premiere on RockMuZine!