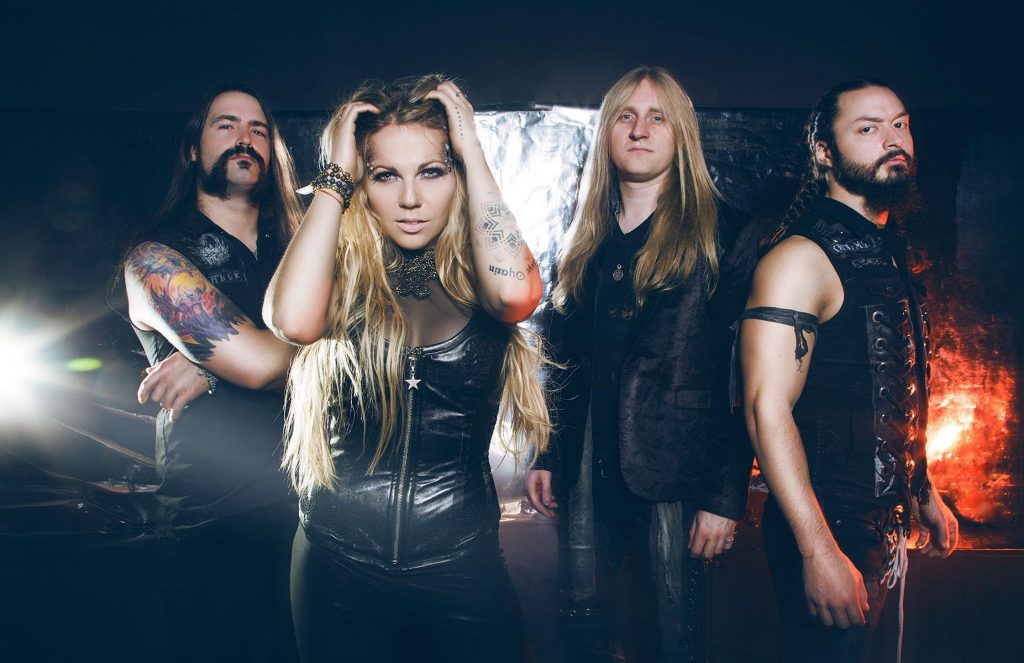 It’s been three years since Kobra And The Lotus’ last studio album ‘High Priestess’ was released back in 2014. The time since has not been wasted; with their third album under their belt, and completing multiple tours worldwide (with the likes of Kamelot, Sonata Arctica, Black Label Society, and Fear Factory to name just a few), their path of self-discovery has led them to this most important moment in their career. ‘Prevail I’, the band’s latest offering, will be released on May 12th 2017 on Napalm Records, and promises to be a rock juggernaut full of blistering guitars, pounding rhythms and haunting vocal melodies that will take the listener on a sonic journey leading them out from the darkness and into the light! Produced by Jacob Hansen (Volbeat, Amaranthe, Epica etc) and mastered by Grammy award winning Ted Jensen, ‘Prevail I’ will undoubtedly usher the band to much deserved elevated hard rock status. Evolution is inevitable and Kobra And The Lotus have delivered their most powerful album to date.

Says vocalist Kobra Paige:
“To be alive brings many great things but among those things includes great suffering. It’s painful to feel backed into a corner, judged, misunderstood for who we really are. We can never really know a person until we have seen their point of view, crawled into their skin, and walked a mile in their shoes, but that will never happen. This is the anthem for the man, the woman, the human, navigating their life the best way they can. After all “You don’t know what it’s like to be me!”

Kobra And The Lotus track list reads as follows: