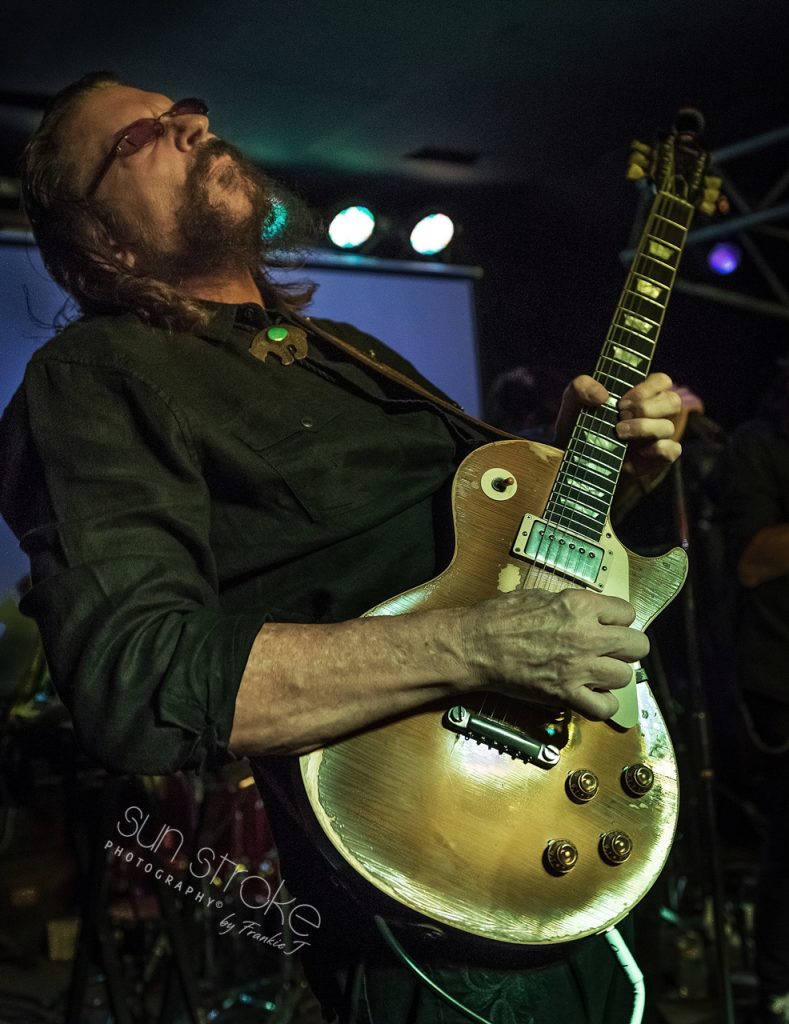 There comes a time when musicians get together that creates such excitement for their fans, that two dates get booked back to back because the first one sold out quickly. Well this is exactly what happened when Tesla guitarist Frank Hannon & band “Kaleidoscope” along with co-headliner The Greg Golden Band was booked for the grand opening on the newly remodeled venue icon The Boardwalk in Orangevale, California, USA. Two nights in a row of kick ass rock from kick ass musicians.

Starting it all off opening in support is guitarist Terry Lauderdale, with sweeping chords and frenzied fretwork compared to the masterful styling of Satriani & Jeff Beck combined, fancied a pretty cool performance accompanied by a young talented new comer Skyler Thomas on keys. The combo wowed the crowd into a dazed induced coma of amazement. With jaws wide open in disbelief the almost motionless crowd just stood and stared until songs ended then erupted with screams and horns up wanting to hear more. A cool stage presentation and a show worth seeing.

Next up with a massive fan base and whom many were there to see, The Greg Golden Band takes to stage with a set list of originals and some covers that pretty much guarantees the crowd to rush the stage. The up close and personal live show rivals top bands and delivers eye and ear candy to the ticket holders. Their track “Far Away” Was ranked in the top 20 of all U.S. songs released by independent bands in 2015 by Galaxia Radio Network in Spain / Europe, while hits such as “Long Way Home” continues to climb with over 3.6 million views, so it’s no wonder their fans come out in force where-ever they perform. The soaring vocals of two front men Randy Scoles & Paul Holdgate rocks the crowd while Steve Brown‘s hard hitting drums and Larry Harts slappin’ bass lines carries the band through rhythms by Jeff Montgomery and sharp, precise and sometimes crunchy leads of Greg Golden. In short … If The GGB ever stops through your town, this is a ticket you’ll need to buy. Way too much to mention here so for more info the links attached are the best way to go. Don’t take my word for it, check it out yourself and see the huge amount of music credits behind this band. Otherwise this article would be 5 pages long and brain overload would sink in!! 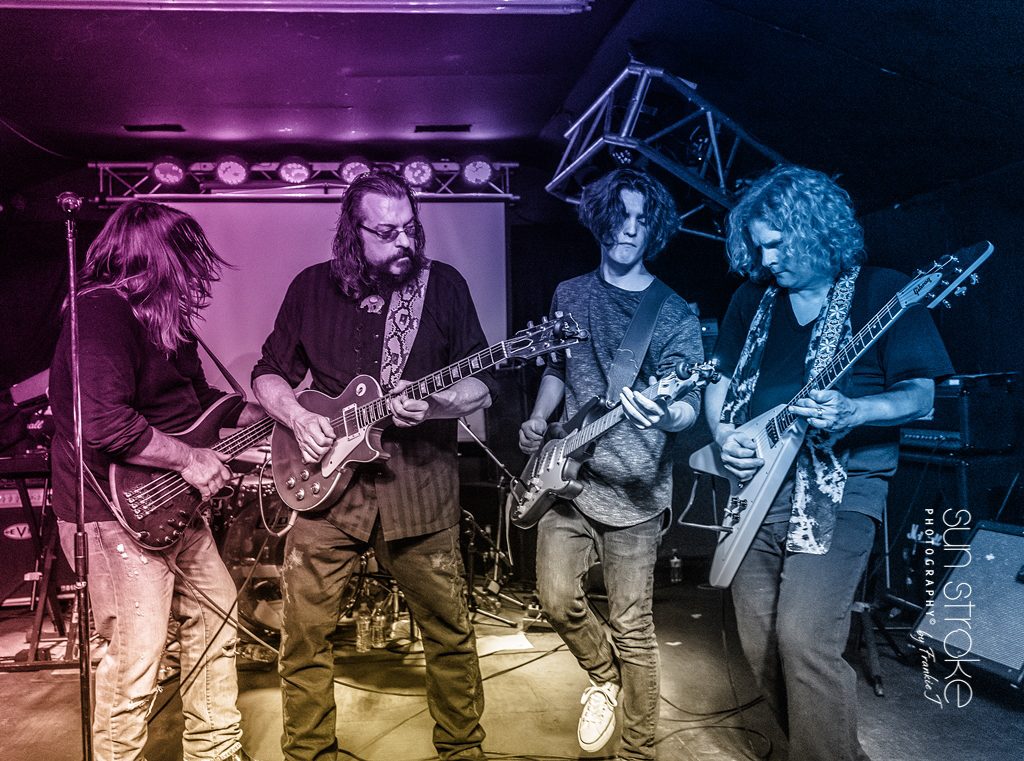 Finally, Co-headliner Frank Hannon needs no introduction, follows the GGB (who happens to be under Hannon’s label “Redhawk Records“) is a compliment in itself, however Hannon, who is no stranger to the stage being the guitarist for one of the greatest rock groups Tesla, will tear the stage up to give a performance one simply needs to see to understand. The shreds, the heart stopping beats, the non-stop back to back rawness comes to light and brings your body to grove along in sync. It’s pure guitar bliss and something one comes to expect from a show such as this, but to make this evening extra special are appearances of rock stars to grace the stage throughout the night such as the Razor Queen, Cortney DeAugustine on drums, Ex UFO Guitarist Tommy McClendon and drummer Robbie Furiosi and even the 17 year old guitar prodigy J.T. Loux from the band “Tonic Zephyr” … The evening was just “WOW”, a total and complete package of guitar madness and bad ass rock n roll … And so, so much more!!!

By Frankie J. “Does anyone have ear plugs?” 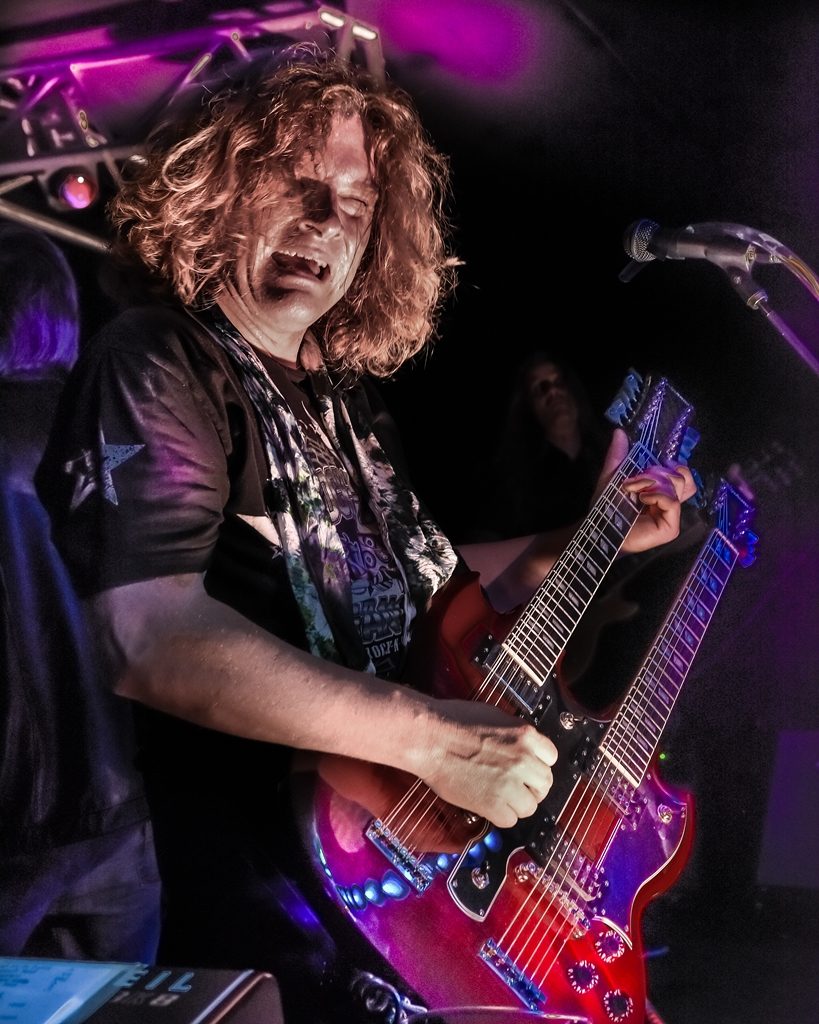