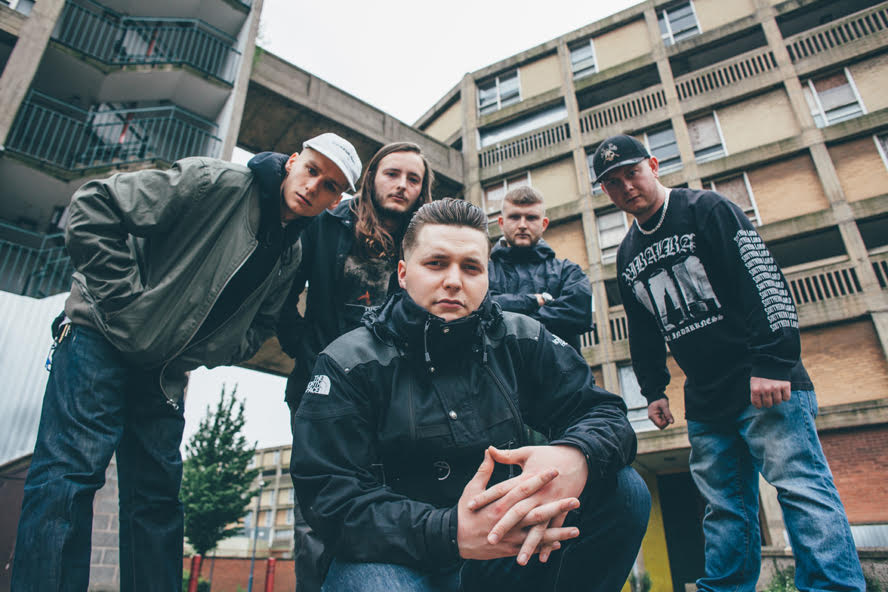 Malevolenc, UK hardcore-metal crossover kings release their new album “Self Supremacy” today and already take the world-wide iTunes charts by storm. In late 2013 Malevolence broke onto the scene with the release of their debut album “Reign Of Suffering”; capturing the attention of the underground with their brutal and eclectic mix of styles from across the metal and hardcore spectrum.

The Sheffield five piece soon received critical acclaim from alternative publications around the globe, landing them airplay on BBCs Radio 1 and some claiming the CD could be described as a modern classic. Malevolence quickly generated a reputation for infamous live shows, known for provoking violence and insanity across the European club circuit.

Their skilfully executed & diverse blend of influences allowed them to transcend the confines of their genre and gave them the versatility to perform within a number of different scenes. Malevolence has successfully completed contrasting support tours with bands ranging from Dying Fetus to Comeback Kid and even commercial events such as the UK´s Download Fest; all without ever compromising the integrity the band was founded upon.

“Self Supremacy” starts where Malevolence s previous effort left off; same unique brand of intelligent guitar work, crushing mosh parts and soulful, anger drenched vocals. But now with the unmistakable maturity of a band that has spent years honing their craft. Malevolence are set for a huge 2017 with extensive touring plans and the release of their new CD through Germany´s boutique BDHW records.