Phoenix pop-punk darlings Doll Skin have announced they will hit the road after Warped Tour with labelmates Next To None.

Doll Skin will release their upcoming sophomore LP Manic Pixie Drea Girl, June 16th, while Next To None will release PHASES July 9th through EMP in North America, and Inside Out in Europe.

Prior to their headlining run, Doll Skin joins the lineup of the 2017 Vans Warped Tour from June 16-25, appearing on the “Hard Rock” Stage alongside Metal and Punk Icons including The Dickies, Municipal Waste, Strung Out, The Adolescents, The Ataris, TSOL, (and their previous Otep tour-mates Fire From the God) and more, while Next to None heads to Europe in June support Mike Portnoy’s SHATTERED FORTRESS .

Doll Skin has released “Shut Up (You Miss Me)” the first single from Manic Pixie… via Vans Warped Tour, While Next To None has released “The Apple”. 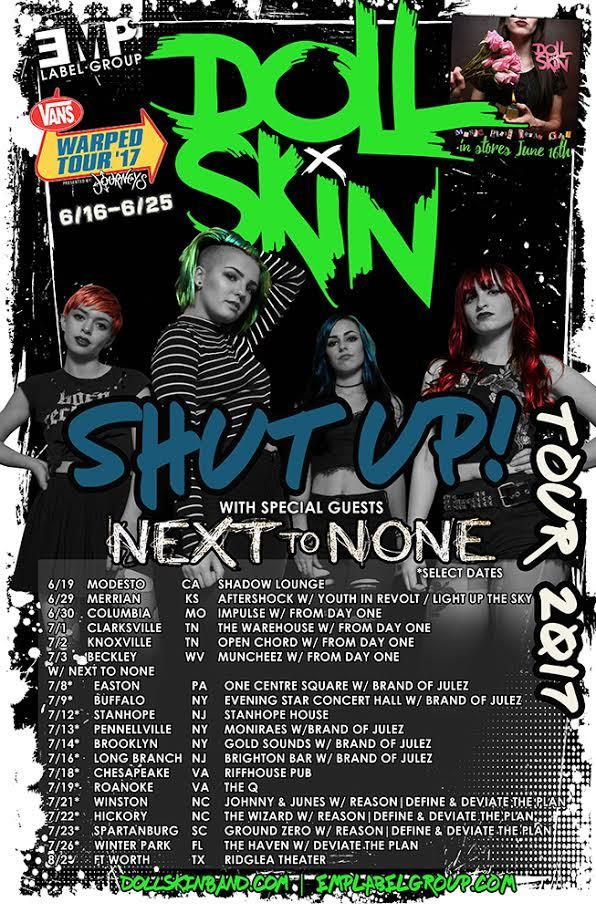