Sphinx are at the moment one of the youngest but coolest underground Thrash Metal hordes in Western Germany! The boys are still underage but the music sounds like it’s straight from ’85! Teutonic Satanic Speed Thrash Metal like the good old days! I used the chance to do an interview with youngster Basti (Drums). See the results in this chat!

Hey Basti! At first give us some info about Sphinx! How did you formed the band?
Hey Marco! At first thanks for the chance with the interview. You are doing a great thing with it! The band was formed in early 2014 by Aggressor. He was already a good friend of mine. So when we sat their next to each other, drinking beer and listening to Lps, he told me once that I’m (Bonebreaker) are the drummer of his Band “Sphinx”. From that day the idea was born and turned quick into lyrics and music. 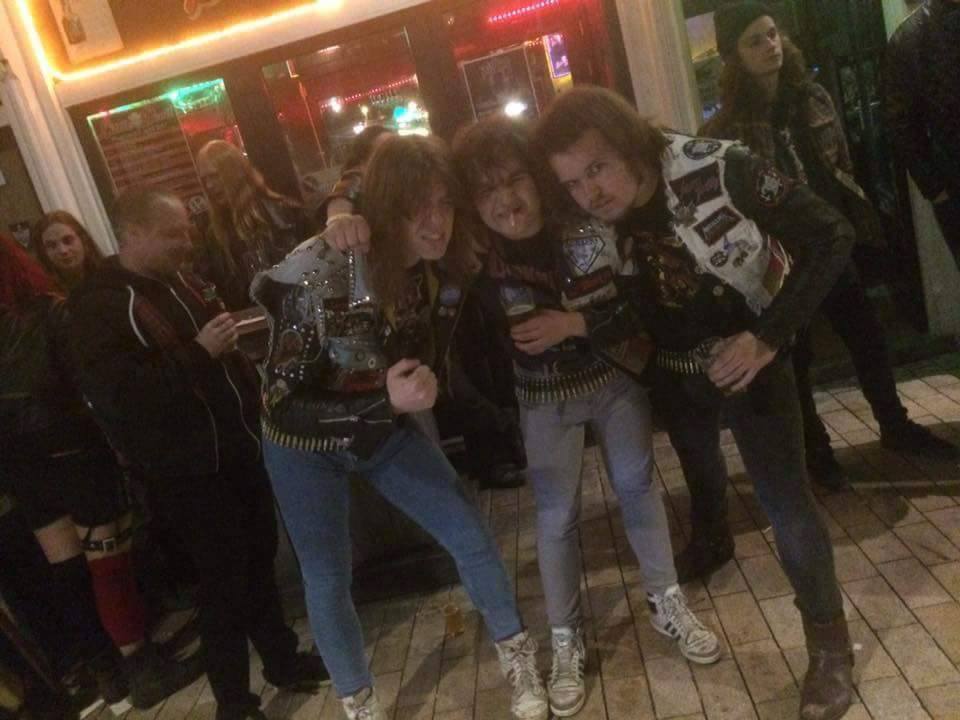 What’s the idea behind Sphinx? Want to bring the early German Thrash days back?
The idea behind the music is to do what we want to. Also we can bring some Oldschool sound back, sure. It’s not our “mission” to bring the 80s back, but were very excited about seeing all these pure heavy metal maniacs, that are promoting and liking us as shit.

What’s your age and when did you discovered Heavy music?
I’m 16 right now. Aggressor is 20 and Terrorizer is 18. I discovered Metal first at the age of 6. It started with bands like Iron Maiden, Black Sabbath and Metallica. I got more into it and got me Slayers Reign in Blood. After that LP of pure energy I was totally infected! My uncle showed me Polish bands like Kat and Turbo. The more I heard, I was more into it.

What bands influenced you?
In Sphinx one of my most influencial bands is Slayer! I really love Dave Lombardo’s drumming. Also Darkness and Kreator with the pure “Tukatuka” sound made a lot. Aggressor brought the satanic thing in it with his obsession of old Sodom, Hellhammer and Celtic frost stuff.

How important are looks and image to you?
For me look isn’t important. For sure…you shouldn’t wear a Cap with baggy pants when you are playing Black Speed. Our first promo pic were very satanic and full of spikes, bullet belts and vests. But now were just taking pictures, sometimes sitting, drinking or posing. Just how we want to.

How’s the traditional Thrash Metal in Germany at the moment?
The Thrash scene is more and more growing in my mind. The Thrashers are more on party’s and concerts, you meet a lot of cool people! Also there are some good underground bands like “Antagonist”, “Nights Blood”, “Teutonic Slaughter” or “First Strike”. We meet each other often, drinking and partying.

Do you already play live and are there any plans to do gigs in The Netherlands?
We gonna play on the 1.4. in Wachenroth, Bavaria. Also we gonna play in Münster at the 10.06. We get already a lot of requests for gigs. Our Polish friends of “Savager” are planning a 3 days tour through Poland, including Warszaw, Wrocław and Poznan. Yes, we’d really like to play in Holland! Meet the Dutch and Belgian maniacs, and maybe we will can make fans with our Sound. I promise… We will come to Holland one day and bring pure German thrash to the bangers!

When can we expect a real release from Sphinx? 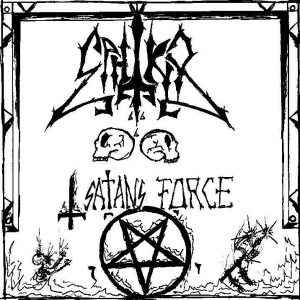 We are just recording our Demo tape. It already was ready, but then our cassette tape didn’t recorded that, so we need to do this again. Future releases are just the “Deadly Speed” demo and maybe when its liked some new demos!

Thank you Basti! All the best to you and your band maniac! Any last message for us?
Thank you Marco! See you in hell or on a gig!
Metal up your ass!