At December 1st, I visited a Mostly Autumn gig at Spirit of 66 in Verviers, Belgium. Just before the sound check Olivia Sparnenn-Josh and Bryan Josh made time for this interview. Last year I had an interview with Bryan. Here you can read about music in his youth and more. 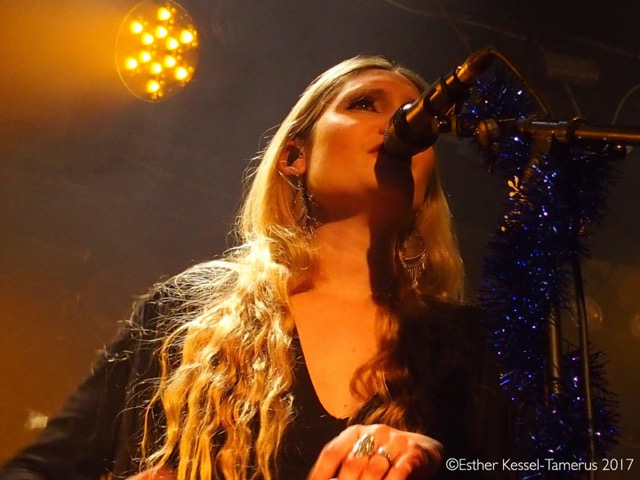 Therefore, it’s Olivia’s turn to tell about music in her childhood. She liked singing songs of Céline Dion, Shania Twain some other female based singers. Later she was guesting one of her dad’s rock bands. She used to guest with them, and sung songs of Led Zeppelin, ZZ top etcetera on regular base. When she was about sixteen she started her own cover band with some friend. Music was very, very important in her childhood and Olivia feels very lucky with it.
I suggested:” Your parents never said: Stop that noise”.
“No” she replied with a laughter. “My dad made noise by himself, so he could not tell us to stop.”
She memorizes:” I started singing when I was about nine years old. I remember signing and loving it! Those days I didn’t think about it doing this professionally. When I got a little bit older I realized how much I love singing, and it would be amazing to do for a living. I went through school and everything. And went on to do a degree of University. I did two things together at the same time. I started singing the Mostly Autumn backing vocals. Heather Findlay and Bryan asked me to do the backing vocals for one big show in London. Then I realized I can’t live without this, it’s in my blood. I loved it so much that it’s not even a choice anymore. I had to do this. That’s how it started. It supposed to be for only one show.”
I jokingly pointed out: “And you stayed forever. And with a perfect result”
I didn’t draw attention to their daughter Autumn but it was at the back of my mind. Olivia got the clue and she replied, with a delightful proud smile on her face: “Oh yes absolutely.”
Last time I visited a Mostly Autumn gig (last April) was at venue De Bosuil, Weert, The Netherlands. Olivia was pregnant. I told her:” You looked gorgeous. How did you do it?” Olivia’s reaction was:” O, thank you! To be honest I have been so lucky. The pregnancy was great. Sometimes it was hard to sit. So, standing on stage, and to gig as well was absolutely fine. Toward the end of the show I was a little bit tired.”

Autumn is about six months old. She does very well. It isn’t extra tiring to gig these days. Because Autumn sleeps at night, no broken nights. Very occasionally she wakes up. If she does, she has a feed, and she goes right back to sleep. She does about eight hours.

From Autumn, back to Mostly Autumn. 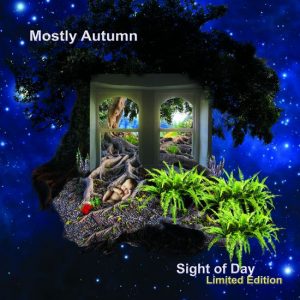 It there would be an opportunity to play an entire Mostly Autumn album, Olivia would pick ‘Dressed in voices’ because that would become even larger, like a rock opera. It’s the concept in the story that will blend very well with an orchestra.
We were chattering about touring as a couple whether it’s complicated or not. Bryan explained:” It isn’t complicated. It’s rather nice. We have time to do what we like to. We travel a lot together, spend time together. We’re happy with it. No disadvantages. It’s lovely to take our daughter with us.”
That brings us to Sight of Day, their newest album. (http://rockmuzine.nl/2017/04/15/mostly-autumn-sight-day/)
When they wrote the song ‘Forever and beyond’ they already knew there was a baby on its way.
The song just happened, but it’s extra special. Sight of day was reaction of the darker dressed in voices, is about life and the miracle of being born and growing up. They wanted something positively in the album after the darkness of ‘Dressed in voices’.
In 2016, Bryan released ‘Transylvania part 1 – The Count demands it’. https://rockmuzine.com/2016/09/04/josh-co-ltd-transylvania-part-1-the-count-demands-it-transylvania-part-1-the-count-demands-it/
I still love this rock opera. Nevertheless, I’m looking forward to Part 2. There will be a new album of ‘Transylvania’. As soon as Bryan has time. He had to focus on the Mostly Autumn album first. Furthermore, being a father of a new born baby takes a lot of time as well. Besides that, Bryan is building a new studio.
“As soon as I can put my head in the right dimension, I have to clear my mind and I need a studio to record. So probably next year, but no promises.” narrates Bryan. 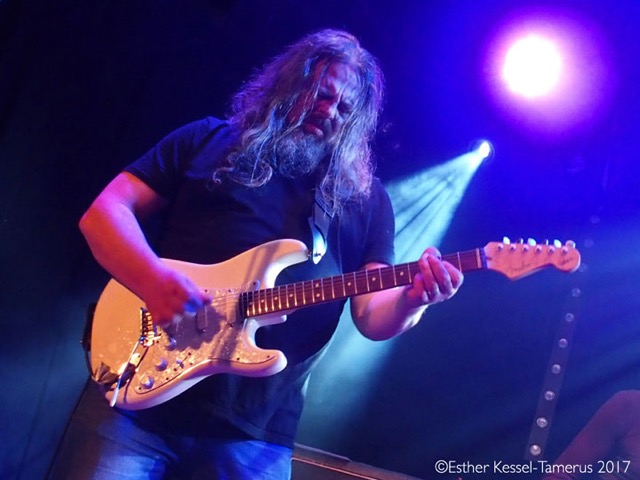 In November, ex band member Liam Davison (1967) past away. Bryan and Liam were friends since they were 12 or 13 years. They have been friends on daily base since. Bryan and Liam formed Mostly Autumn. Liam left the band after ‘Dressed in Voices’ in 2014. Bryan analyzes: “Liam lost his mother around that time. He was very good at gardening, landscaping and flowering. I think he wanted to take a step back… Liam was perfectly fine the night before and then he disappeared for a few days, so we have to call the police. That’s how we found out. Liam died in his sleep. Bronchial pneumonia is a really bad flu, this was a totally shock. We did so many things together like: Rock climbing, camping and fire in the mountains. Hitting stage together, traveling all over the world. Having a drink and have social time. Too many to mention. He was like a brother. The day he died, we had to play a concert. The emotions came out through my guitar”

In the end, we talked about vinyl. Bryan ends with:” I always wanted to release a LP. We have to make the right album and find out how many people would love to buy it. A Best of album is a little difficult. We would have three or four LP’s. We have to decide which, when and the costs. But most definitely it has to happen!”