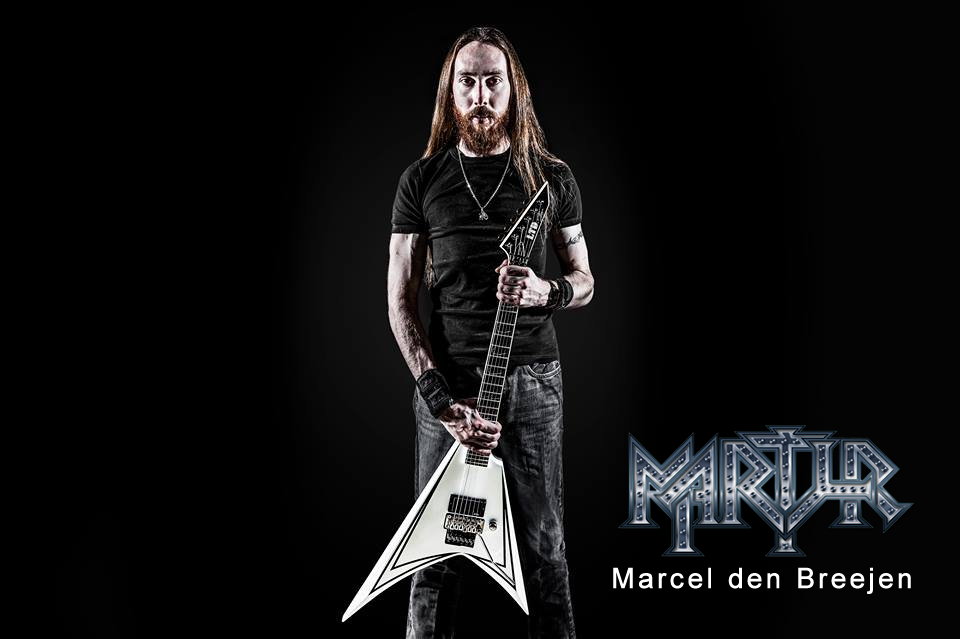 Guitarist Rick Bouwman comments: “There has been an awful lot of response to our announcement last week that we were searching for a new axeman. It soon became apparent that Marcel den Breejen was the right candidate for the job. He has the skills, the background and the ambition that we demand for Martyr. Den Breejen picked up on our songs in no time. During the auditions he literally blew us through the roof. In our humble opinion, Marcel isn’t just a replacement but an improvement that upgrades the band to an invincible force. His background as multi instrumentalist and composer will support us in our path and plans. Welcome to Martyr 2.0!”

Den Breejen responds: “After leaving my previous band Persistense a few months back, I figured it was time to explore other options. I had seen Martyr perform live several times and I was impressed by their energetic performance. Their song material is just great and their Eighties style with modern touches is exactly my piece of cake: grooving riffs, killer solo’s and a singer with a phenomenal voice and a ditto appearance. When the news broke that Martyr were searching for a new guitar player I took my chance and auditioned. The Martyr guys are relaxed and confident and I instantly felt comfortable, supported, encouraged and empowered to join the band. Within Martyr there’s a good atmosphere without any concessions, which appeals to me very much. There’s some good shows coming up so let’s rip it up and leave those venues smothered in ashes!”