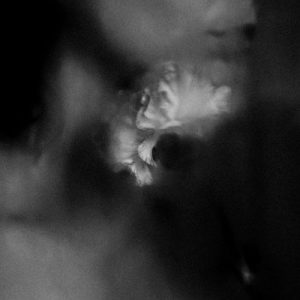 Holding Absence from Wales are a new player in the post-hardcore field. The band have only been together since 2016, but have already come quite far in terms of a fast-growing fanbase and loads of experience on stage. They are releasing their self-titled debut album on March 8 through SharpTone Records.

First track ‘Perish’ nicely sets the tone – we’re being pleasantly surprised with not just a great production, but what immediately stands out are the super tight drumming and remarkable vocals. The vocalist at times reminds of early Thirty Seconds to Mars and Young Guns. The second song ‘Your Love’ is a little bit less in your face and shows that the singer can steer his voice into opposite directions  – he goes from smooth and delicate to raw and powerful with ease. Maybe not for the hardcore metal fan – but nonetheless at first listen a very interesting album.

‘Like a Shadow’ shows that this album was written with a theme in mind – this record’s inspiration comes from a relationship that is slowly and painfully falling apart. This is truly an amazing song and would absolutely shine in a huge stadium gig. Listening to this song, it’s hard to imagine this band has only been in existence for just over two years, and that the band members are all still relatively young. Track ‘You are Everything’ is a perfect song to follow. This song reveals more about this band, influences from bands like Radiohead and My Bloody Valentine are there but are incorporated so subtly, Holding Absence definitely create a haunting, own sound. I am again impressed by the vocal range of their singer, whose sound at times comes close to the famous sound of Bring me the Horizon’s Oliver Sykes. Overall, there’s a raw and enticing common thread present on the album.

That common thread is let go of in the next song ‘Marigold’. A very fragile and emotional song, which in my opinion doesn’t really come together as a whole. It’s a really good song in itself, but does not fully come into its own between the absolute gems on this record. The huge contrast between this song and the rest of the album makes this the only point of criticism so far. For anyone who agrees with me about that song, that is quickly compensated with the next song ‘To Fall Asleep’. In my opinion the best track on the album. I could listen to this thirty times in a row and not get tired of it. Holding Absence really prove to be a force to be reckoned with and sound like they’ve been recording together for years and years. The next song ‘Monochrome’ also is extremely good, there’s so much energy in the song, the drive and genuity almost come pouring out of the speakers. If they can live up to this on stage, there’s a very bright future for Holding Absence.

‘A Godsend’ is the next slower song on the self-titled record and is much more mature and coherent than the song ‘Marigold’ was in my opinion. The vocals sound very confident and create a beautiful harmony together with the music. This song really invites you to sit down and listen. ‘Last of the Evening Light’ is the following track, which musically speaking is simply a super solid song. I am still absolutely enchanted by the pure quality this record is immersed in. When we get to the end of the record, there are two songs left. ‘Purge’ and ‘Wilt’ are beautiful endings to this album, but could have been one song in my opinion. Especially since ‘Purge’ is quite a short song, and sounds and feels a lot like an intro to the last track.

That last song is filled with emotion, and that is definitely one of the strongest qualities of this album, together with amazingly strong vocals and highly talented instrumentalists. This record is rock solid and has a smooth production, but sounds extremely pure, honest and personal at the same time. I’m absolutely convinced Holding Absence are the next big thing, and not afraid to say that this will be the record of the year 2019. (96/100) (SharpTone Records)