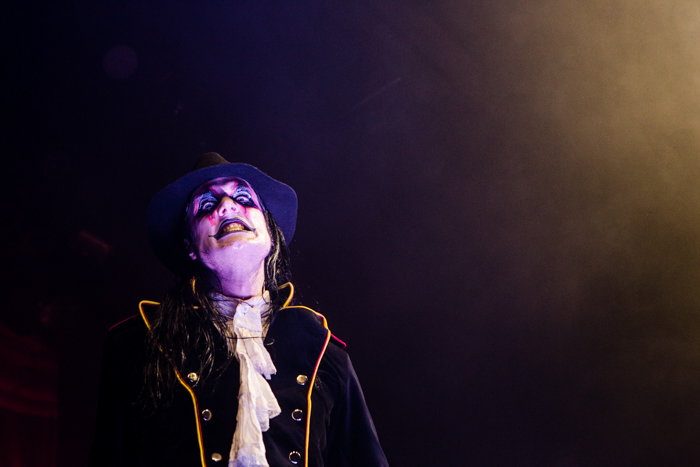 It’s always a pleasure to witness a band’s career taking off, especially if it’s a band as entertaining and cheerful, as the Swedish folks from Avatar. Just over a few years, they went from playing rather small venues for some hundreds attending to a European headlining tour, which started in TivoliVredenburg’s Ronda in the Netherlands on 13th of March. And it started with a bang, almost selling out the venue, which could easily fit two thousand people. Powered by quite a successful release of their latest album, ‘Avatar Country’, these fine gentlemen arrived on European soil to present ‘The King’ and his entourage to the audiences. 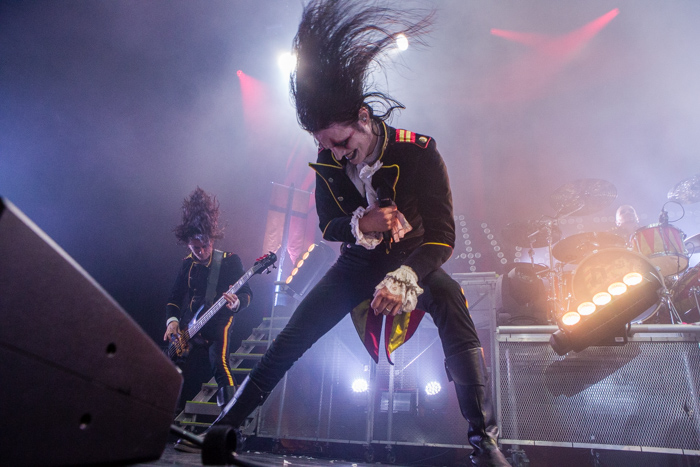 But before they were set to hit the stage, visitors were to witness something rather unorthodox. And while a one-man-band Old Kerry McKee was definitely something of an unusual live performance, it’s fair to say that “…traveling freak show…” known as Helzapoppin’ surprised lots of attendees. This spear-swallowing, eye-gouging, flame-throwing group of individuals invaded the stage and set the roof-shattering mood for the evening.

And then the time has come for the main act to hit the amazingly decorated stage. With the first chords of ‘Glory To Our King’, The King himself (aka Jonas Kungen Jarlsby) and his throne appeared on stage and the band rushed into the performance, crushing the air with a loud trio of ’Legend of the King’, ‘Let It Burn’ and ‘Paint Me Red’. Separate word had to be said about the stage and the image of the band. 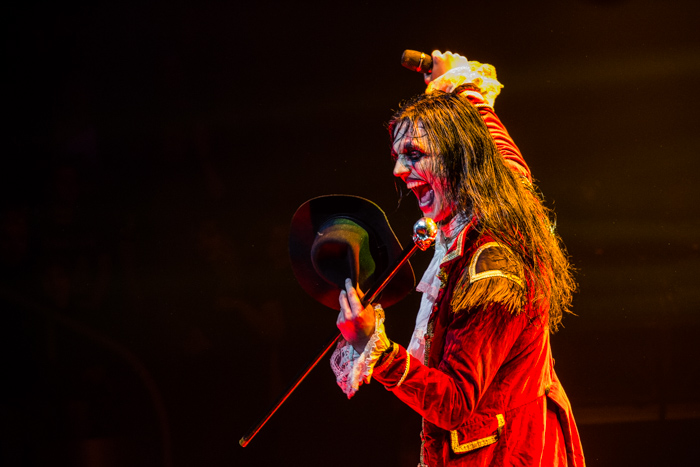 It was amazing to see how band’s show element grew, incorporating the stage decorations, the costumes, the conceptual ideas around the albums. By the time the band launched the catchy ‘Bloody Angel’, the audience was catching up and singing along. By that time, the room was already full of raw energy, both on stage and in the pits, with Avatar Country’s citizens head-banging and shouting at the top of their lungs. And plenty was yet to come as the band continued to tell the concept of their latest album, surely not forgetting about the songs, that brought them success and popularity. 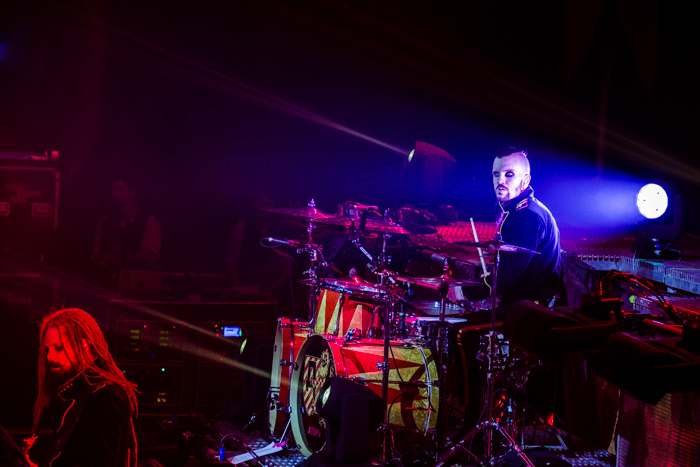 It was a beautiful mix of songs from all stages of the band’s career: beautiful ballad ‘Tower, oldie-but-Goldie ’War Song’, erratic ‘For The Swarm’, the evening had it all. As the evening was nearing its logical end, the band thanked the audience for breaking band’s attendance record of EU shows and launched into roof-lifting ‘Hail The Apocalypse’. It was definitely the song to finish the amazing evening, full of bright performances and amazing showmanship. We definitely hope to see these lovely artists again. 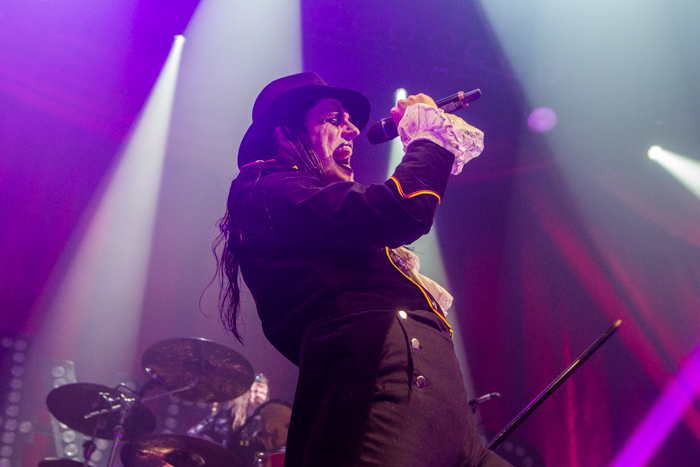