According to Trent Reznor’s last interviews, Nine Inch Nails is now seeking to explore its true nature, with experimental albums that look at the past while building an impressive future. Based on the band’s last concert at AFAS live on Wednesday 27th of June, fans have nothing but excitement towards this new Nine Inch Nails era: the band delivered a massive concert, with nearly two hours of an energetic performance that put the audience in trance. 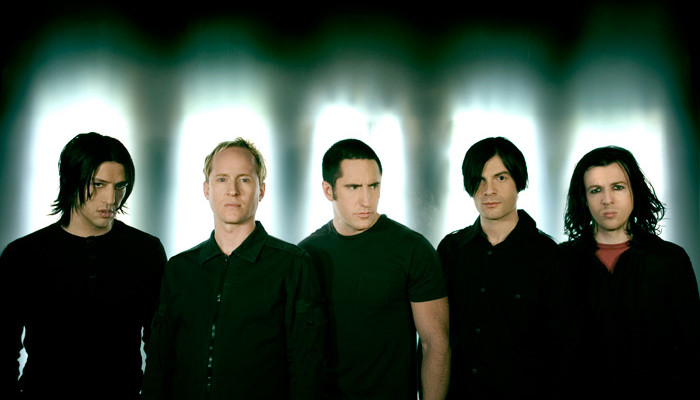 Punctually at 9pm, the band played the first chords of ‘Branches/Bones’, followed by the classic ‘Wish’ and the soon-to-be classic ‘Copy of A’. With a setlist that covered most of the band’s very extense discography, including the latest releases and some very welcome B sides, the overall feeling is that despite the band has been on the road for more than three decades, their music still sounds fresh and relevant, and Trent Reznor delivered every single line of his songs with intensity and rawness that are not very common in veteran bands – which usually rely on fame and nostalgia to keep the wheels turning.

With not so many decorative artifacts on the stage this time, shadows and overwhelming stage lighting created the perfect apocalyptic scenario for the band to execute each song with clockwork precision. Hits like ‘Closer’, ‘Head Like a Hole’ and ‘The Hand That Feeds’ met new songs like ‘Less than’, ‘The Lovers’ and ‘God Break Down the Door’ (a beautiful tribute to David Bowie) in a perfect blend of freshness and appreciation for the past. The band recognizes its history but it’s definitely living in the present.

At one of the most breathtaking moments of the concert, and there were many, all the members of the band (drummer included) joined a jam to strum the irregular chords of ‘The Day the World Went Away’, a haunting song from the album ‘The Fragile’ that perfectly synthesizes the band’s melancholic and sometimes misanthropic spirit. Another brilliant moment was the rendition of ‘The Great Destroyer’, a hard criticism to the Bush government that sadly becomes even more relevant, given the current world wide political scenario.

Closing the night with ‘Head Like a Hole’ and ‘Hurt’, both sung out loud by the crowd, the band’s massive and apocalyptic performance welcomed a new era for Nine Inch Nails, which now counts with the excitement of a loyal legion of fans to keep on rocking the music business with its unique dark and energetic sound.