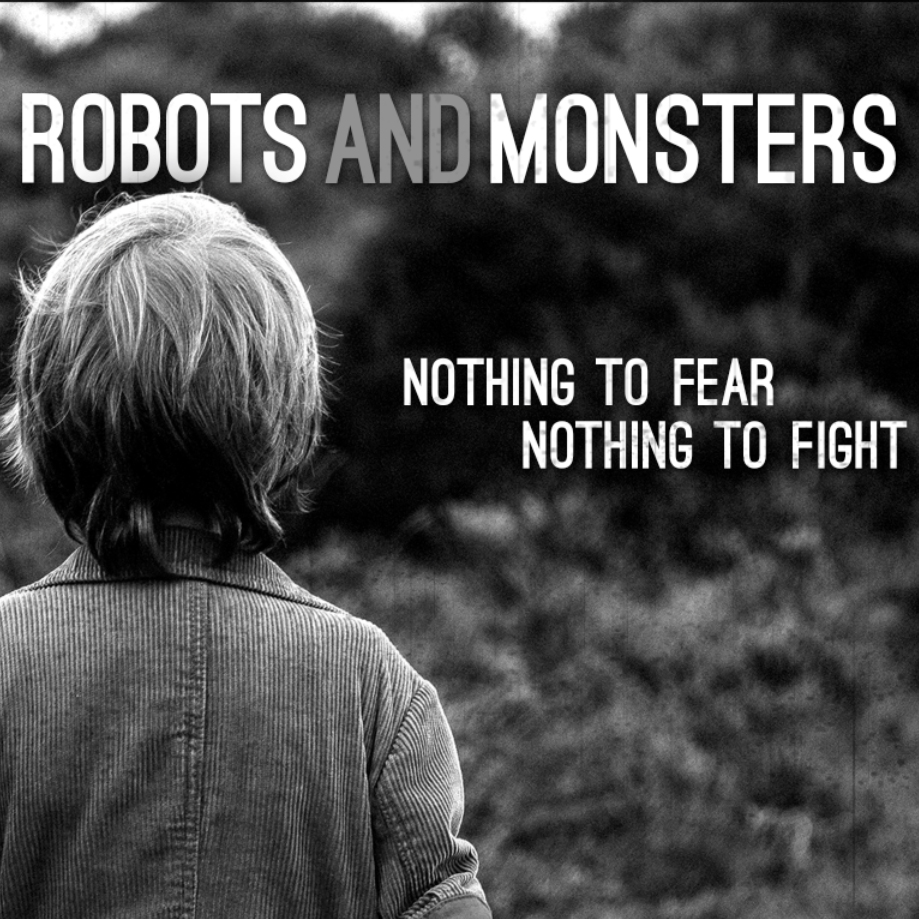 Amongst most readers the name Robots and Monsters will not (yet) sound familiar and I can understand that. This New Jersey band has not been on the scene for long and publish their material in-house. That is to say, the physical sound carriers, because the distribution of any remaining material is carried out mainly through the various streaming channels on the Internet.

Robots and Monsters was founded by Dylan Gadino (vocals), his brother Derek Gadino (guitar) and bassist Bill Bergman (former Mucky Pup). In this set-up they recorded the debut album Down to Ash in 2014, on which singer Dylan also played drums. Even before the release of the album in 2015 drummer Kevin Powers (also former Mucky Pup) joined the band.

Where bands like Dog Eat Dog, Bully, Nastasee, All Boro Kings and recently Da Skulls, with former Mucky Pup members in their ranks, stayed near the ‘party funcore’ Robots and Monsters is taking a totally different direction. Robots and Monsters cannot be pigeon holed by style of music, and on their debut album treated the listener to a big pot of hardcore laced with fat metal, sometimes nudging towards sludge and rock riffs. On this seven track EP ‘Nothing to Fear Nothing to Fight’ the musical direction of the debut ‘Down to Ash’ is further extended and somewhat expanded.

The songs have more depth than on the debut album and are more elaborate (spun wider), this might well have something to do with the fact that ‘Nothing to Fear Nothing to Fight’ has become a concept EP.

This EP tells the story of a person who tries to resolve a conflict in his own head (brain). I’ll leave the course of the story for now because the band put this EP together so well that the story, with all it’s “ups and downs”, and the battle of the protagonist can be heard from beginning to end in the music. ‘King of the World’ opens the album with a very pleasant traditional metal riff but once Dylan opens his lungs (screaming throat) the song soon turns to a smooth up-tempo song.

Immediately noticeable is the clear production / mix of the album, all instruments are balanced making it easy to hear that drummer Kevin Powers can really pound the drums, something that in the past, with the fun-punk Mucky Pup played, was required to a lesser degree. The second track of this EP ‘Passenger’ begins as an aggressive and fast hardcore track on which Derek’s guitar riff could even be labeled as thrash metal.

The subsequent track ‘Communique’ is only an interlude with the static sound of a transistor radio, intended to remain in the story (concept) and as an impetus for the slow and lingering ‘Never Again’ part of the title of the album, a beautiful track in which the combination of several heavy rhythms and riffs sound very exciting. With ‘No One ever Does’, and again with the (partly) slow and pounding ’Surgery Day’ and the unravelling of the story with the track ‘Signing Off’ ending an amazing musical story that makes you reach for the lyric sheet to verify whether you have understood the story as a listener, well done!

Robots and Monsters shared the stage in the United States with, amongst others, D.R.I., Karma to Burn, Sworn Enemy, Warrior Soul and Anvil. It would be great if one of the more established bands take these guys to this side of the atlantic. (8/10) (Self Released)